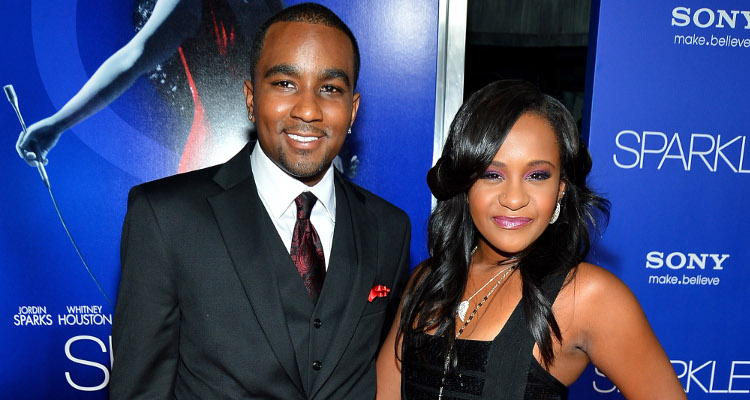 Bobbi Kristina premiered for the first time on October 8 on TV ONE at 7:00 p.m. EST. The movie is all about Bobby Kristina Brown and, “For the first time, Krissi will be revealed in a way the world has never seen and may never forget — through the eyes of her best friends and those who knew her well. Bobbi Kristina introduces us to the girl we thought we knew and the woman we never got to see.”

The movie has brought about a lot of questions, one of the important one about Bobbi Kristina’s death. If you want to know more about Brown’s boyfriend and how he could be related to her death, then keep reading.

On January 31, 2015, Bobbi Kristina’s family was shocked to hear the news that Brown was found in a bathtub at her home in Georgia and was unresponsive. Brown’s friend Max Lomas found her in that condition after he called Gordon and the police. She was admitted to North Fulton Hospital in Roswell, Georgia. However, things turned for worse when she was put into a medically-induced coma. After fighting for life for almost six months, Brown died on July 26, 2015, in hospice care. She was just 22 years old at the time of her death.

Can't believe it's been 5 yrs. RIH

The autopsy report of Brown revealed that at the time of her death, cannabis and alcohol were present in the body. However, they were unable to find out the cause of her death. The report said, “Death was clearly not due to natural causes, but the medical examiner has not been able to determine whether death was due to intentional or accidental causes, and has therefore classified the manner of death as undetermined.”

Although the cause of her death could not be determined, suspicions soon found its way towards Brown’s boyfriend, Nick Gordon. Brown’s housemate Max Lomas saw Gordon arguing with Brown hours before her death. Lomas revealed, “Things were shaky. They were just trying to stay out of each other’s way.” Talking about how he found Brown face down in the bathtub, he said, “I saw her there, and I picked her up out of the water and laid her on the ground.” He further said, “I saw the color of her face and that she wasn’t breathing. I called for Nick and called 911.”

Since the beginning, Brown’s family were against her relationship with Gordon. When Gordon was 12, he came to live in Houston’s house. At first, Brown considered Gordon to be an elder brother, but soon their relationship turned romantic. In fact, Brown even announced that she was engaged to him.

Upon investigation, Gordon was found liable for her death and was asked to pay $36.0 million to her estate. His relatives revealed, “Nick isn’t in a good place right now. He doesn’t have any money. This is symbolic more than anything because they’re not going to get anything from him. You can’t get blood from a stone.”

When talking about filing for bankruptcy, the relative further added, that will perhaps be his next step, but he’s not thinking straight right now. The relative further said, “He is still in mourning for Krissi. This isn’t going to bring her back, no matter what they think. They need to look into themselves to see what part everybody played in this, not just Nick. Everybody needs a lot of prayer.”

Where is Nick Gordon Now?

Reportedly, Since Brown’s death, Gordon is lying low out of the public sight. However, in June 2017, Gordon was arrested on domestic violence charges, which were later dropped by the officials. He was arrested in Sanford, Florida, after his former girlfriend, Laura Leal filed a report against him stating that he beat her up on Friday night. The judge asked Gordon to stay away from Leal, and he had to wear a GPS monitoring. He was supposed to show up in the court on August 1. Talking about the incident, Leal said, “I’ve been reading the reports about Bobbi Kristina and I’m physically shaking.” “I read about her being isolated, her family not knowing where she was, the manipulation, the bullying – it’s the exact same thing. That could have been me. Only the Grace of God saved me.” It has been further reported that Gordon is yet to pay $36.0 million, which he owes. Currently, he is living in Florida and trying to start all over again.