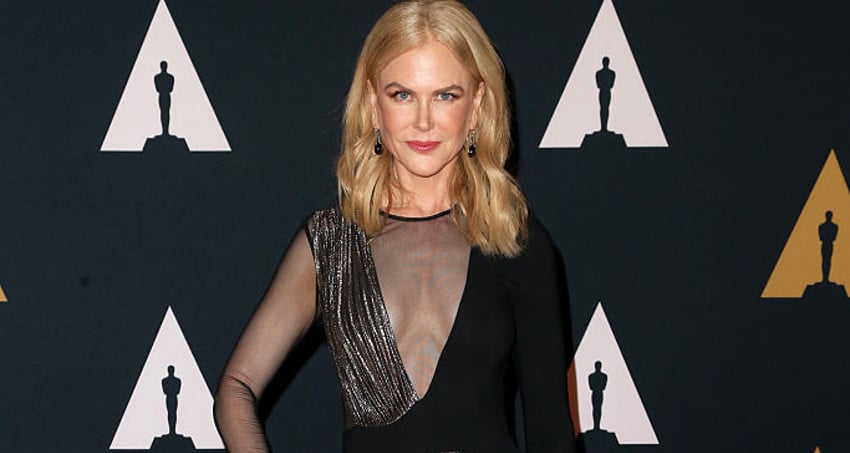 It can sometimes be fun to relive your past memories. But other times, it can be awkward. Especially when you tell someone about something they didn’t know. Nicole Kidman faced a somewhat similar situation for the second time after appearing on The Tonight Show with Jimmy Fallon on Thursday night (November 17). Kidman was on the show to promote her latest film Lion, and boy things were awkward! Nicole Kidman and musician Keith Urban have been married for 10 years, but that didn’t make her second encounter with Jimmy Fallon make her blush any less.

Kidman was on the show in January 2015, where she admitted that Jimmy Fallon blew the chance to go out on a date with her. Last night (November 17), Kidman admitted to Fallon that she did not want to come on the show after the story of their almost-date became big. She further revealed that Fallon did not just miss one chance of going on a date with her, but also could have gotten her number.

Apparently, both of them were present at director David Fincher’s house. Nicole said, “It was when Brad Pitt and Jennifer Aniston were still together, so it was a long time ago, and you could have asked for my number then… and you still didn’t ask for it! We were lurking in the kitchen after everyone went out and I’m like waiting and waiting and waiting,” Nicole said, adding “This is so true and you know it!” Fallon was surprised and claimed that he did not remember going to any such party.

So, did Jimmy Fallon date Nicole Kidman? No he did not, but he clearly missed out on the opportunity! Jimmy Fallon is now married to producer Nancy Juvonen.

After few minutes of their (second) awkward interview, Kidman’s husband Keith Urban showed up on the show with a guitar. After playing a quick strum of his guitar, he kissed his beautiful wife and she sat on Urban’s lap. Fallon was certainly thrown aback with this gesture, but took it in stride.

Although Kidman had a thing for Fallon many many years ago, both have happily moved on with their respective spouses. Nevertheless, this episode of The Tonight Show with Jimmy Fallon was hilarious indeed. If you missed out on it, make sure you watch the segment!