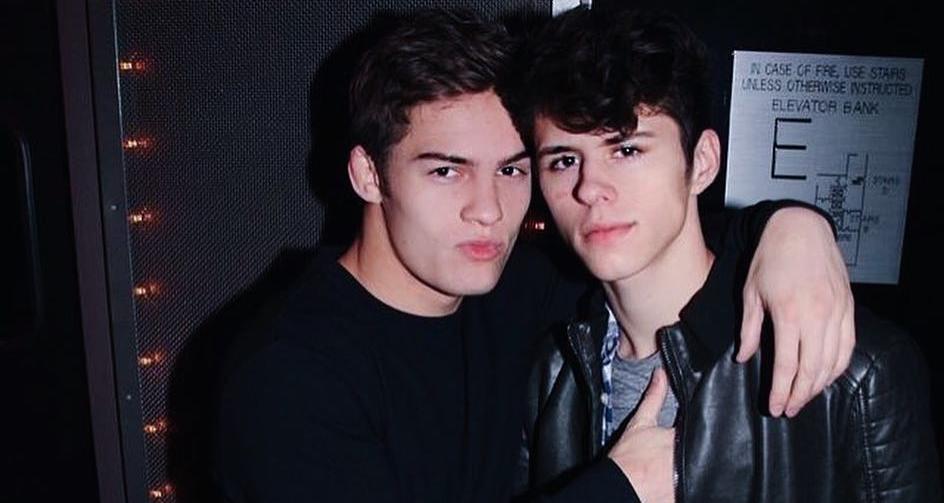 Did YouTube sweethearts Jackson Krecioch and Dylan Geick really break up? The Proud couple was in lovers paradise up until the beginning of this month, and it seems like some kind of rift crept up on them! Disheartened fans are hoping for a reversal of the announcement!

While everyone enjoyed Jackson Krecioch and Dylan Geick’s fun-filled videos and antics on YouTube, the social-media-influencing duo was probably going through a rough time. The couple announced that they have broken up.

Why Did Jackson and Dylan Breakup?

The couple took to Instagram to announce their emotional split. Although neither mentioned the reason for their breakup, they did say that they were going to stay friends.

Dylan and Jackson’s curve-ball breakup news has come as somewhat of a shock to their fans, as everything seemed a-okay at the beginning of this month! While fans are hoping that this is some clickbait post and that they are being punked, it looks to be very real.

Many gay and lesbian YouTubers are open about their relationships on the video-sharing website, like Joey Graceffa and his boyfriend, Daniel Preda, and Domo and her fiancée, Crissy, who have over three million subscribers.

Jackson, 20, comes from Wisconsin and his now ex-boyfriend, Dylan, 19, is from Illinois. The duo began a romantic relationship with each other in 2017 and have done several “couple’s challenge” videos, and fun “boyfriend tag” videos for their YouTube fans.

On July 15, 2018, the couple took to Instagram to convey to their fans that they were no longer together via individual posts.

I guess all good things must come to an end… thank you for all the beautiful memories you gave to me. I’ve grown so much as a person because of you, you made me more confident, smarter, happier, and so much more. Somethings just aren’t meant to be. I’ll miss you with all my heart. I wish you nothing but the best. You will always have a special place in my heart. P.S. you’ll always be my best friend.

Jackson posted a picture of the two kissing and captioned the post, “Somethings just aren’t meant to be. I’ll miss you with all my heart. I wish you nothing but the best.”

On the other hand, Dylan posted a picture of the couple (hand-in-hand) and wrote, “I’m sure this is far from goodbye, and now I get to discover your friendship as I discovered your love.”

I'm going to skip all the unimportant stuff and tell you what you have to hear. Jackson, you have been the most impactful human I've ever met. You've shown me the world and the way in which you change it every day, and made me truly happy for the first time. You're going to continue to do amazing things and I'm going watch every one of them. I'm sure this is far from goodbye, and now I get to discover your friendship as I discovered your love.

They Celebrated Their 1-Year Dating Anniversary

While we’re sure this is a very tumultuous time for the two, they have yet to tell us all the reason behind the sudden split.

In fact, the couple seemed to be totally into each other just a week ago, posting their usual lovey-dovey pictures and videos. The dashing duo did a cover of James Arthur’s “Can I Be Him” on July 7, 2018, and even celebrated their one-year dating anniversary just last month.

Comments on both Jackson Krecioch and Dylan Geick’s Instagram posts have been pouring in since the announcement. And some fans are comparing the painful breakup to Liza Koshy and David Dobrik’s tear-jerking split.

Fans are pleading the couple to get back together while also telling them that the news is very saddening.

Jackson seems to be busy promoting his upcoming tour. The musician, who aspired to enter the entertainment industry, has finally got his chance to make an impact.

He is on the Love Is Love Tour, which starts on July 17, 2018, in Atlanta, Georgia. The LGBTQ-centered tour will also feature acts like Louise Castro, Ally Hills, and Larri Merritt.

Dylan is not one to sit idle and sob over the breakup either. He is busy promoting his collaboration with Foundation for charity.

In return for a donation, you will be entered into a draw. A winner will be chosen for a chance to join Dylan Geick on a trip to Disneyland!

To sum it up, Jackson Krecioch and Dylan Geick are definitely broken up. But hope is a powerful thing, folks! The cute duo might find their way back to each other sooner or later!