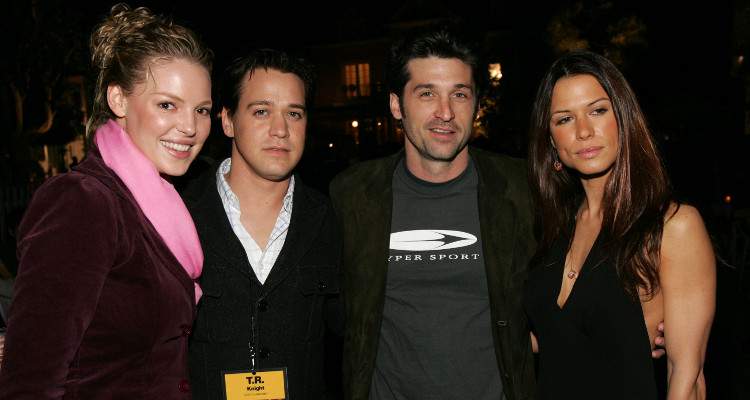 Katherine Heigl left Grey’s Anatomy after her character was seen battling metastatic melanoma. Though she recovered, Izie Stevens left the show, though other characters often spoke of her. In the 300th episode, we saw a woman who looked a lot like Izzie, and it brought up the question of whether or not she is still alive. How is it possible that Izzie Stevens died? We have the details about Katherine Heigl’s Grey’s Anatomy character, right here.

The 300th episode of Grey’s Anatomy saw victims of a roller-coaster ride accident coming in for urgent treatment. Meredith sees the first patients that come in. Two of them, Cleo and Greg, immediately struck her as Cristina and George lookalikes. The two even bickered like her former colleagues!

While fans waited for more of their favorite characters to appear, we see a very pregnant Liza who, as Alex immediately brings up to Jo, looks a lot like Izzie.

In an emotional connection that we thought might give us insight as to where Izzie is, Arizona found a tumor in Liza’s belly, sending the new mother into a panic. Once the baby was delivered and Alex was not needed to be Liza’s birthing partner anymore, Jo suggests he call Izzie.

Instead, he brings us all to tears telling us how he wants her to be exactly how he imagined: With kids, a loving husband,  beautiful home, and always smiling.

The episode took us on an emotional roller coaster, and we can only wonder what really happened to Izzie.

Love of his life. Alex is talking about Izzie? #greysanatomy

Why Did Katherine Heigl Leave the Show?

When Katherine Heigl left the show back in 2010, no explanation was given about her character’s disappearance. But only two years earlier, there was drama between her and Shonda Rhimes, after Heigl removed herself from an Emmy consideration, feeling that her role did not have enough “material” to have her nominated. When talking about the cast of her hit show Scandal, Rhimes said, “I don’t put up with bulls**t or nasty people. I don’t have time for it,” adding that “There are no Heigls in this situation.”

But Heigl later revealed that she has nothing against Rhimes saying,”I’m a big fan of her work. I watch Scandal every week and so I’m sorry she’s left with such a crappy impression of me. I wish I could do something to change that. Maybe I will be able to someday.”

Whether the two will patch things up or not, the milestone episode proved to be a success without the faces we missed. Here’s to another amazing season of Grey’s Anatomy!

Trending
Diane Gilman Leaving HSN: Where Is the Jean Queen Going and What Happened to DG2?