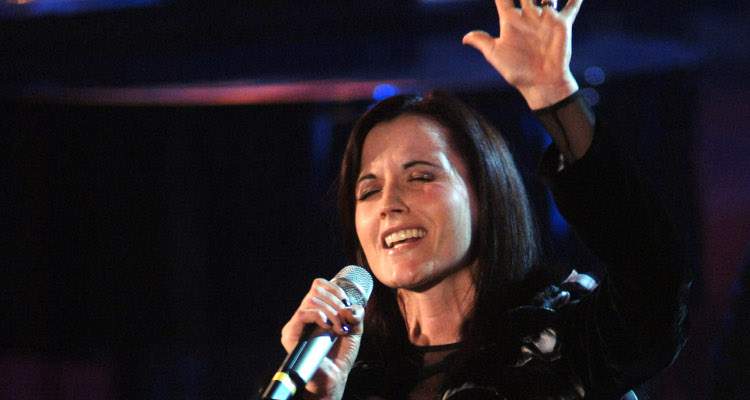 The Cranberries frontwoman Dolores O’Riordan was found dead in her room at the London Hilton on Park Lane on Monday, January 15. After months of speculation about her death, London authorities have now revealed that Dolores O’Riordan died by drowning.

An inquest at London’s Westminster Coroner’s Court found that the late singer drowned in a bath due to alcohol intoxication. Expert witnesses testified that O’Riordan had been drinking heavily the night before, though there was no evidence of self-inflicted injury.

Evidence in her hotel room found that night included five empty miniatures from the minibar, which had been accessed at 2: 10 a.m. and a bottle of champagne. There was also evidence that she had taken prescription pills that night, including lorazepam. She was found by the maid in the morning, submerged face-up in the bathtub, wearing a long-sleeved vest and pajama pants. She was declared dead at 9:16 a.m. after paramedics arrived and their attempts at CPR failed.

O’Riordan was open about her mental health struggles, including her battle with depression and bipolar disorder, leading concerned fans to wonder if the singer had committed suicide. Today, those doubts were put to rest as the coroner confirmed that was not the case.

Dolores O’Riordan’s talent was inborn, and she began singing at the age of five. Before she was a teenager, she already began writing her own songs

However, the singer’s life was not easy. In an interview, O’Riordan revealed that she was sexually abused when she was just eight years old. For four years, she was touched inappropriately, forcibly masturbated, and made to perform oral sex on someone she trusted and knew well.

“It gets hard as well when you have daughters because you get flashbacks when you’re with them and when you are watching them. You wonder, ‘How can anyone get satisfaction in any way, you know?’” the “Linger” singer said.

In 2014, O’Riordan was arrested for “headbutting and spitting on a police officer,” to which she pleaded guilty. It was later diagnosed that she was suffering from hypomania and paranoia at the time, and did not make it to court because she was “too ill.” The Irish star was then diagnosed with bipolar disorder, and given a fine of £4,690, as the judge refused to convict someone suffering from a mental illness.

She left behind three children —Taylor, Mollie, and Dakota— with her ex-husband of two decades, Don Burton, whom she divorced in 2014. O’Riordan was 46 when she died and the music industry was rocked by the sudden death of “Zombie” singer.

Could Dolores O’Riordan Have Overdosed?

In 2013, the singer reportedly attempted to overdose after feeling a “terrible self-loathing,” but later said that she felt like she was supposed to “stay here for the kids.” It was around that time that she opened up about her struggles with substance abuse saying that after she drinks, “Everything is way worse the next morning. I chain smoke when I drink. I have a bad day when I have bad memories and I can’t control them and I hit the bottle. I kind of binge drink. That is kind of my biggest flaw at the moment.”

With her past revelation, fans were left wondering if it was possible that O’Riordan’s death was a result of an overdose. According to reports, her death was completely accidental and solely the cause of intoxication. The coroner’s report revealed that her alcohol level was 330mg per 100ml of blood, more than four times the legal limit for driving. Coroner Dr. Shirley Radcliffe said, “There’s no evidence that this was anything other than an accident. There was no intention, this seems to be solely a tragic accident.”

The singer’s family in Limerick, Ireland was devastated by her sudden passing, and Irish President Michael D. Higgins released a statement about her passing:

“To all those who follow and support Irish music, Irish musicians and the performing arts, her death will be a big loss.”