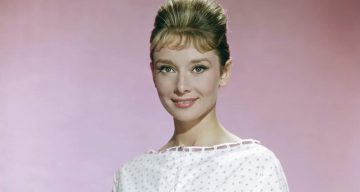 Nixon was an elegant soprano. She was previously in other films, providing uncredited singing to help other big Hollywood stars.

While both are absolutely incredible, the difference between the two in this particular project is almost unbelievable.

And here’s one dubbed by Marni Nixon:

Did Marni Nixon Receive Credit for My Fair Lady?

Marni Nixon was not credited in My Fair Lady. However, much later, Jeremy Brett, who played Freddy, acknowledged that he didn’t do his own singing either.

Nixon was a ghost singer in many movie musicals, not just in My Fair Lady. Although concealed at the time, she sang in films such as The King and I, and West Side Story.

In addition to her voice work in films, Nixon’s varied career included opera and musicals on Broadway. She also performed in some great concerts, including major recordings with symphony orchestras.

Even though Nixon didn’t receive any on-screen credit, she definitely paved the way for her career through her ghost singing roles. In her later years, she became a known name in as a singer.

And now, the truth is finally out about Marni Nixon’s ghost singing performances on My Fair Lady!