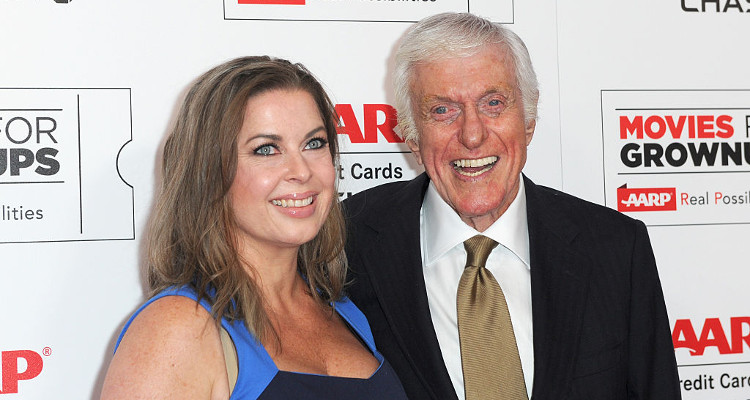 HBO’s If You’re Not in the Obit, Eat Breakfast celebrates the big stars who are as vibrant at 90 as they were at 19. When we talk about some great nonagenarians, we can’t leave out the legendary actor, Dick Van Dyke.

If You’re Not in the Obit, Eat Breakfast is the new HBO documentary that celebrates the glorious life of 90-plus entertainers and other non-famous people. Mel Brooks is still funny, Betty White is still adorable, Carl Reiner is still Carl Reiner, and Dick Van Dyke is still ageless. Van Dyke can still sing and dance as he will be seen in Mary Poppins Returns next year and he hasn’t lost a step at 91. Perhaps Dick Van Dyke’s wife keeps him young. Here’s more about his wife in Arlene Silver’s wiki.

Dick Van Dyke and Arlene Silver met at the 2006 SAG Awards dinner and he was instantly captivated by her. “I never approached a strange woman in my life,” he said on Oprah: Where Are They Now? He added that it was instinctive and he that simply walked over, sat down and introduced himself to her.

She recognized him instantly as the guy from Mary Poppins. She was a makeup artist then and he hired her. They were friends before it turned into something more. Silver admits she hadn’t seen many of his movies before they met.

Set photo from the @hbodocs "If you're not in the Obit, Eat Breakfast" Premieres tonight at 8pm @official_dick_van_dyke @jessicadebenpolish @alauradesign

Their 46-year age gap does not matter to them. Van Dyke jokingly calls her his “child bride” and says “She’s very mature for her age and I’m very immature for my age so it’s just about right!”

Silver, on the other hand, calls her romance a fairy tale, “I haven’t been married before so it’s wonderful. He’s the perfect human being but he’s also the perfect partner,” she said. “I went through a lot of frogs to get my prince.”

Big fan ? Thank you @phoenixcomicon for taking such good care of the Mister @official_dick_van_dyke while still accommodating the tremendous demand for him ???? You are awesome!!!

#3. He Admits to Cheating on His First Wife

At 91, there hasn’t been anything Dick Van Dyke has kept a secret. He has been candid about his battle with alcoholism and cheating on his first wife, Margie Willet. They have four children: Christian, Barry, Stacy, and Carrie Beth.

In his memoir, Keep Moving, he spoke about his struggle to stay sober and his extramarital affair. Both he and Willet checked into a rehabilitation facility —he for his alcoholism and she for her addiction to prescription drugs— around the same time. Willet stayed away from Hollywood and Van Dyke found himself confiding in his agent’s secretary, Michelle Triola, which developed into an affair. Racked by guilt, Van Dyke and his wife lived separately for a long time before divorcing in 1984. After his 36-year marriage came to an end, he lived with Triola until her death in 2009.

#4. They Had a Leap Day Wedding

On February 29, 2012 Arlene Silver and Dick Van Dyke tied the knot in a small ceremony at a Malibu chapel. They said it was a spur of the moment decision to marry on Leap Day. The couple also shunned convention with the groom keeping it simple and the bride wearing a burgundy Anthropologie dress instead of a traditional and expensive white dress.

Arlene Silver’s net worth hasn’t been calculated but it’s probably not as high as Van Dyke’s $30.0 million. As much as he could afford to buy her any dress she wanted, we think their wedding was perfect and unique as the couple itself.