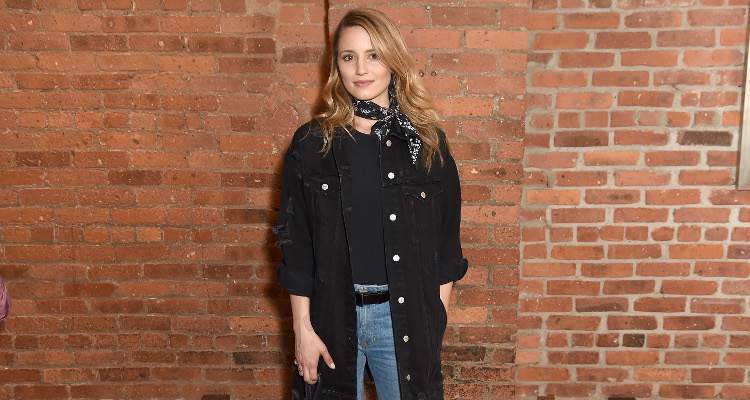 Dianna Agron from Glee is starring in her first major project since the musical series and her marriage. Dianna Agron’s husband, Winston Marshall, is also musically inclined. Who is he? Read on to learn all about him!

If you’re one of those fans who miss Quinn Fabray along with many of the other characters from Glee, then you should be excited about Dianna Agron’s comeback. The multi-talented actress has returned with Novitiate, her biggest project since Glee!

The drama movie based on young nuns in the ‘60s has already garnered critical acclaim. It’s the actress’ first project since Dianna Agron and Winston Marshall tied the knot.

Marshall Is a Musician

Agron and her husband share musical inclinations. While she’s always had a love for musical performance, Marshall is a famous folk musician. He’s most famous as the banjoist and lead guitarist of British folk music band, Mumford and Sons!

Marshall is a founding member of the band, together with Marcus Mumford, Ben Lovett, and Ted Dwane. Along with the banjo, he’s skilled with the bass guitar, electric guitar, acoustic guitar, dobro, and provides backing vocals to their music.

We're very pleased to announce that our documentary 'We Wrote This Yesterday' has been chosen to be part of @DOCNYCFest on November 13 at 6.45pm. The film tells the story of how the 'Johannesburg' mini-album came to be recorded, and performed on stage during the tour of South Africa earlier this year. Don't forget, 'Live From South Africa: Dust and Thunder' will be showing at cinemas around the world for one night only from November 8. Much love, M&S HQ.

Before they founded Mumford and Sons, Marshall was part of another band with Marcus Mumford and Dwane. He used to run a jam night at a small nightclub and played with bands like Captain Kick and The Cowboy Ramblers.

Marshall’s Father Is a Businessman

Born in London, Marshall’s background doesn’t scream music. His father is Paul Marshall, the eminent British investor who founded Marshall Wace LLP. It is one of the largest hedge fund groups in Europe.

Paul Marshall is well-known in British political circles and has written extensively on economics and education. He is one of the pioneers in developing education programs for the inner cities. Furthermore, he is a trustee of several education-promoting organizations and spun out initiatives like Teaching Leaders, Future Leaders, Maths Mastery, Frontline, English Mastery, and Now Teach.

Marshall’s mother, Sabina de Balkany, is of French origin, and he has a sister named Giovanna.

Marshall Was Linked to Katy Perry

Around the time she was rumored to be in an on-and-off romance with John Mayer, Katy Perry was spotted cozying up to the banjoist in 2015. The British rocker and the “Roar” hitmaker reportedly “hooked up” after Perry’s concert in Berlin. But rumors of this romance fizzled out quickly.

It’s not exactly known when Marshall and Agron met and began their romance. Agron has dated some pretty famous guys in the past like Thomas Cocquerel, Luke Bracey, and Dave Franco, just to name a few.

Agron infamously dated Hollywood bad boy, Alex Pettyfer, whom she co-starred with on I Am Number Four.

My mum sent this to me and said "why do you always look like a Gorilla ? shave" Thanks mum ?

There were even engagement rumors before they had a sudden and ugly split.

After six months together, the 28-year-old proposed to Agron in December 2015. But their low-key engagement wasn’t confirmed until Agron flaunted her sparkling ring a few weeks later at London Fashion Week.

The couple escaped to Morocco to tie the knot in an exquisite ceremony. The Glee star donned a gorgeous sequin-embellished tulle dress by Valentino and topped it with a crown of silver stars. Marshall matched his brocade jacket with a turban.

After their wedding, Dianna Agron took a break from acting to enjoy her newlywed life with Winston Marshall. Novitiate is her first project since their destination wedding.

Beautiful as hell, her wedding is so special like her, perfect wedding dress ??????? #DiannaAgron