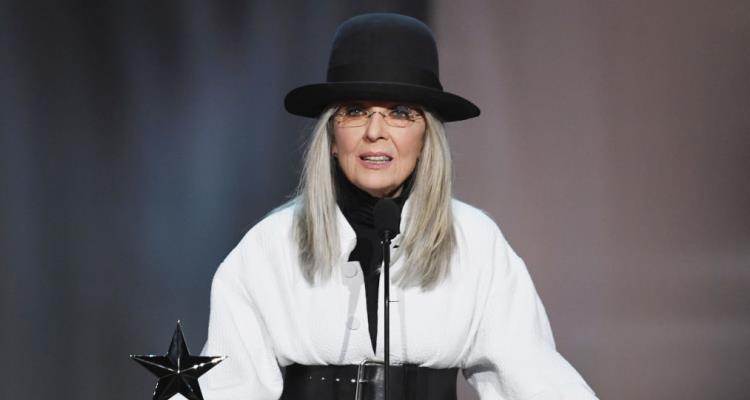 For Diane Keaton, 2017 is looking pretty good right now! Not only is Diane Keaton’s Lifetime Achievement award ceremony airing on Thursday night, the Oscar-winning actress has been a staple in Hollywood. And since she has no plans to retire, she has been keeping busy lately! For a list of Diane Keaton’s movies, keep reading to learn more.

Diane Keaton’s age is 71, but that hasn’t stopped her from doing what she loves. And although Diane Keaton’s net worth is a surprising $50.0 million, the Young Pope actress is beloved by everyone who has worked with her, even if she doesn’t consider her colleagues her friends. On Thursday at 10:00 p.m. EST at the Dolby Theatre in Hollywood, TNT will air the taping of Keaton being honored by the American Film Institute for her decades of work in entertainment. She’s the 45th recipient of the award and stars such as: Meryl Streep, Barbara Streisand, Shirley MacLaine and Elizabeth Taylor have all received the award, among others. Hollywood’s A-list showed their support for the Hollywood legend, including her old friend and Annie Hall co-star, Woody Allen. He rarely leaves New York for anything or anyone, but he couldn’t say no to Keaton. Keaton wore a black dress and belt with a long white coat and accepted her award, not with a speech, but with an acappella version of “Seems Like Old Times,” the song she sang in Annie Hall. Diane Keaton’s younger self would be very proud!

In this romantic comedy, Keaton plays an American in London, who falls for a miserable homeless man, played by Irish actor Brendan Gleeson. The story is set in North London and was inspired by real life events about an elderly Irishman named Harry Hallowes, also known as Harry the Hermit. The film’s plot is centered around Keaton’s character named Emily Walters, an American woman of a “certain age” and Walters dresses just like Keaton, which may have been a factor in getting the role. Emily has been a widow for a year and her adult son (James Norton of Flatliners) has flown the nest. According to The Hollywood Reporter, “Emily works in a charity second-hand store but lives in an apartment decorated in expensive shades of taupe across the street from Hampstead Heath, a municipal parkland much loved by Londoners for its wild aspect and terrific hilltop views of the capital. Her late husband turned out to have been a bit of turd, who had been cheating on her with a younger woman before he died and who also squandered all their joint savings.”

We don’t want to spoil the ending, but the film has received positive reviews, so far!

This comedy film is in pre-production and stars Diane Keaton, Jane Fonda and Candice Bergen. It is about lifelong friends in their 60s in California who read the best-selling novel, 50 Shades of Grey in their monthly book club, which changes their lives forever. It’s not typically the kind of book they read, but they soon find out that inspiration can come from anywhere! A bunch of old gals discussing the raunchy, sex-filled trilogy…what’s not to love? The comedy doesn’t have a release date at this time.

It looks like Keaton is the queen of comedy, because her next movie is a comedy about a group of women who form a cheerleading squad within their retirement community. (That’s right, a cheerleading squad!) Think of it as Bring It On meets The Golden Girls! It already has the makings of a hilarious hit comedy! The film is currently in pre-production and doesn’t have a release date at this time.