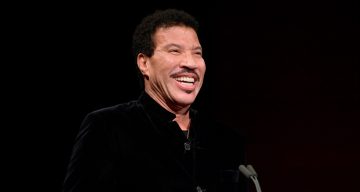 Lionel Richie was married twice, his second marriage was to former dancer Diane Alexander. Alexander and Richie’s relationship started as a passionate affair but ended up in divorce. Given below are some details from Diane Alexander’s wiki.

Lionel Richie and Diane Alexander’s union resulted in two beautiful kids, Sofia and Miles Richie. Since their divorce, Alexander has moved on and is happily engaged to somebody else.

Before She Became Lionel Richie’s Ex-Wife

Born on June 16, 1967, Diane Alexander’s age is 50 years. Not a lot is known about Alexander’s childhood or her early life because she seems to be very private about her personal life.

Alexander was a former dancer and a fashion designer.

Their Relationship Started Off as an Affair

Richie was still married to his college sweetheart, Brenda Harvey, when he got into a relationship with Diane Alexander in 1986. Although Richie and Harvey were separated, they weren’t divorced.

Richie and Alexander met each other at the 1984 Olympics where Richie performed “All Night Long” at the closing ceremonies.

In 1988, things became quite ugly when Harvey discovered Richie and Alexander together in a Beverly Hills hotel room by saying that she was from “room service.”

After discovering them together, Harvey went ballistic and attacked her husband, Richie. She was later arrested for spousal abuse, trespassing, and vandalism. However, the charges against her were later dropped.

In 1993, after 17 years of marriage, Richie and Harvey’s marriage came to an end and resulted in a bitter public divorce.

HMD to all! I had one of the funniest days of my life with these two! Miles looks serious but he is one of the funniest people on the planet. His loyalty is inspiring and his ability to be grounded with all his blessings makes me proud. I looked for a man that loves me as much as he does. Sofia has a HEART of GOLD. She amazes me with her empathy for others. Taking care of everyone and making sure they're feeling good and included. She gives so much more then she receives. (Thank you for my fancy gifts.) I thank god for the two of you everyday! The greatest gift today was all the laughter that is embedded in my heart ❤️ The love and friendship you have for each other gives me peace for when I'm not here. I LOVE YOU BOTH! ❤️❤️

Sofia Richie is a model who has taken the fashion world by storm! However, her career is not in the news as much as her relationship with Scott Disick.

However, their beautiful union ended up in a divorce in 2003 after being married for seven years. The reason for their divorce was stated as irreconcilable differences.

Talking about his failed marriage, Richie said, “See, when Diane and I got together I was not working. And she, and I, liked the person I was then, thank you! But one day I discovered I’m going back to work. And that’s not good! Because I just couldn’t, I just couldn’t.”

Diane Alexander Is Happily Engaged to a Mystery Man

Despite their marriage not working out, Alexander and Richie have moved on but are on friendly terms. In fact, Diane Alexander’s Instagram has many photos of her kids with their dad.

Alexander has been engaged to a man since the end of 2015. She has not yet revealed the name of the guy, but according to an Instagram post, his name is Dave Kenney. He is working with Ventura County Sheriff.

As mentioned earlier, Alexander is a former dancer who has flaunted her moves in a couple of movies. She has made appearances in films like Forget Paris, Laker Girls (TV movie), and was also a part of Lionel Richie’s video for “Dancing on the Ceiling.”