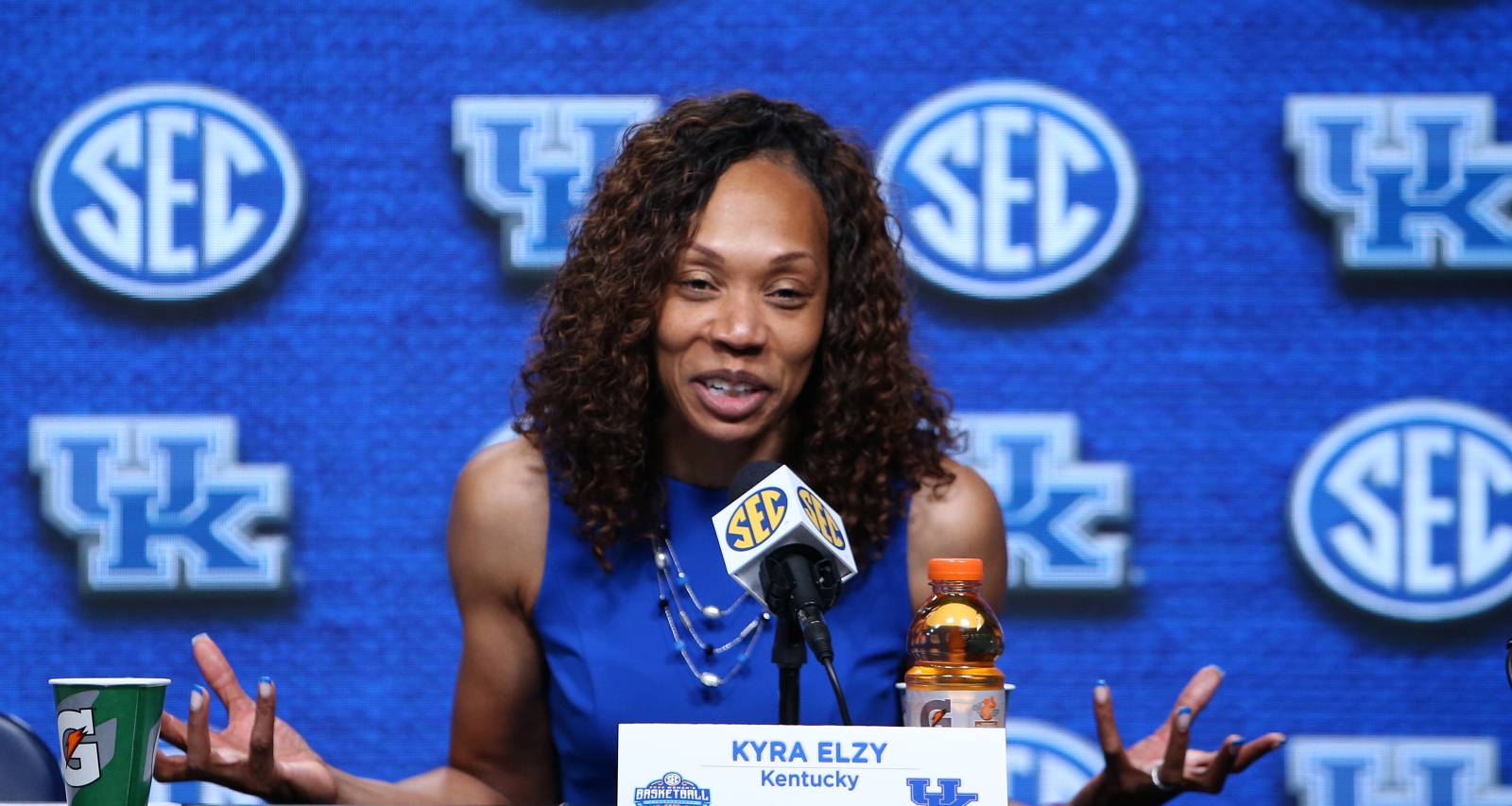 When Kyra Elzy took over the head coach position of the University of Kentucky women’s basketball team, one person was certainly ecstatic. Coach Kyra Elzy’s husband, Dexter Lander, has supported her through the ups and downs of her career. Not only was he rejoicing when she earned her first head coaching job, but he was also happy to be back in his home state. The Wildcats community on social media wants to know more about who Coach Elzy’s husband is. So we reveal his background in this Dexter Lander wiki.

Philip Dexter Lander, who goes by Dexter, reportedly was born on June 26, 1969. He originally hails from Princeton, Kentucky.

He is the son of Pat Lander, also a resident of Princeton. Pat’s brother and Dexter’s uncle, Cleveland Lander, passed away in 2010.

The Caldwell County High School alum studied political science and marketing at Murray State University, where he was also on the football team. After receiving his bachelor’s degree, he pursued his MSM at Oakland City University.

A former student-athlete, Lander was inducted into the Caldwell County High School of Hall of Fame in 2006 for setting the school record with 180 receiving yards in a single football game in 1986. The record remains unbroken.

His career began in 1993 at FedEx, where he was an operations and strategic manager for over a decade. From 2010 to 2011, he was a production/special project manager at The Washington Post. He later worked in operations at Southeastrans.

While based in Washington, D.C., Lander was the director of transportation and fleet services at George Washington University from 2015 to 2018. Following that, he was an account executive at YRC Worldwide until 2021.

Now back in his home state, Lander is a local account executive at XPO Logistics. Since 2009, he’s also served as the president and transportation consultant of Lander Solutions.

Since Elzy was appointed as head coach of the Kentucky Wildcats women’s basketball team, Lander has been ecstatic to be back in his hometown. He’s supported Coach Elzy’s career throughout the highs and lows.

“Kentucky is a special place, and it’s truly a dream come true for our family to be here and have this opportunity. I know she is going to be a huge success, and Jackson and I are here to be her biggest supporters,” Lander told a local media outlet.