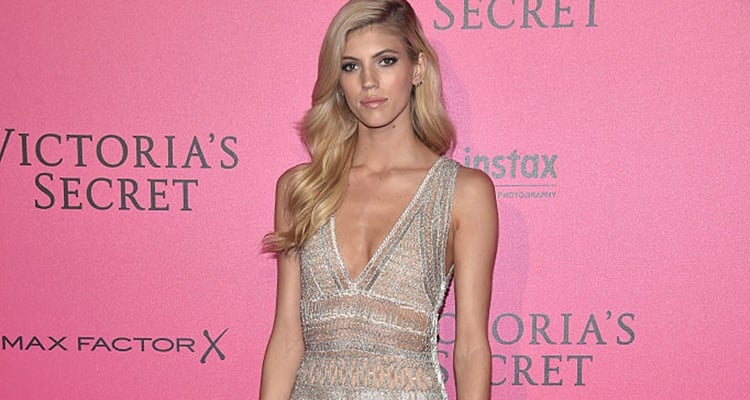 Newcomer Kendall Jenner got her Angel wings and flaunted them perfectly during the Victoria’s Secret Fashion Show 2016. Devon Windsor has been modeling for Victoria’s Secret since 2013. We have some amazing facts about the model like her age, height, body stats, and Devon Windsor’s net worth for you to check out.

Devon Windsor was born on March 7, 1994, in St. Louis, Missouri. She attended Mary Institute and St. Louis Country Day School. After high school, Windsor moved to New York to pursue her career in modeling. Although she is only 22-year-old, Windsor has already accomplished a lot in her career.

Fashion photographer, Suzy Gorman saw Devon Windsor when she was just 14 years old. She recommended Windsor to a local agency, West Model & Talent Management. Windsor signed a contract with them, as well as Vision Management, who sent her to Los Angeles to attend castings and shooting for Roxy. IMG Models soon noticed Windsor and signed her to their New-Yorker agency.

Devon Windsor later moved to New York to pursue her modeling career. Her first fashion show was in 2013, when she walked for Prada. Her hair was dyed bleach blonde for the show, and she liked it so much she decided to keep it that way. Her platinum blonde hair has since become her signature look.

In 2013, Windsor started walking for Victoria’s Secret. In 2014, she was in the Victoria’s Secret Fashion Show again, where she finally earned her wings. Throughout her modeling career, she has worked with several brands such as Chanel, Celine, Alexander McQueen, Prada, Tory Burch, Tom Ford, Top Shop, Vera Wang, and Fendi.

Devon Windsor has worked with several major brands, and was also a part of several advertisement campaigns. Her net worth is estimated to be $1.5 million, and is due to her hard work and determination to become a model. She is just 22 years old and has a long way to go, which means that her net worth will grow in years to come.