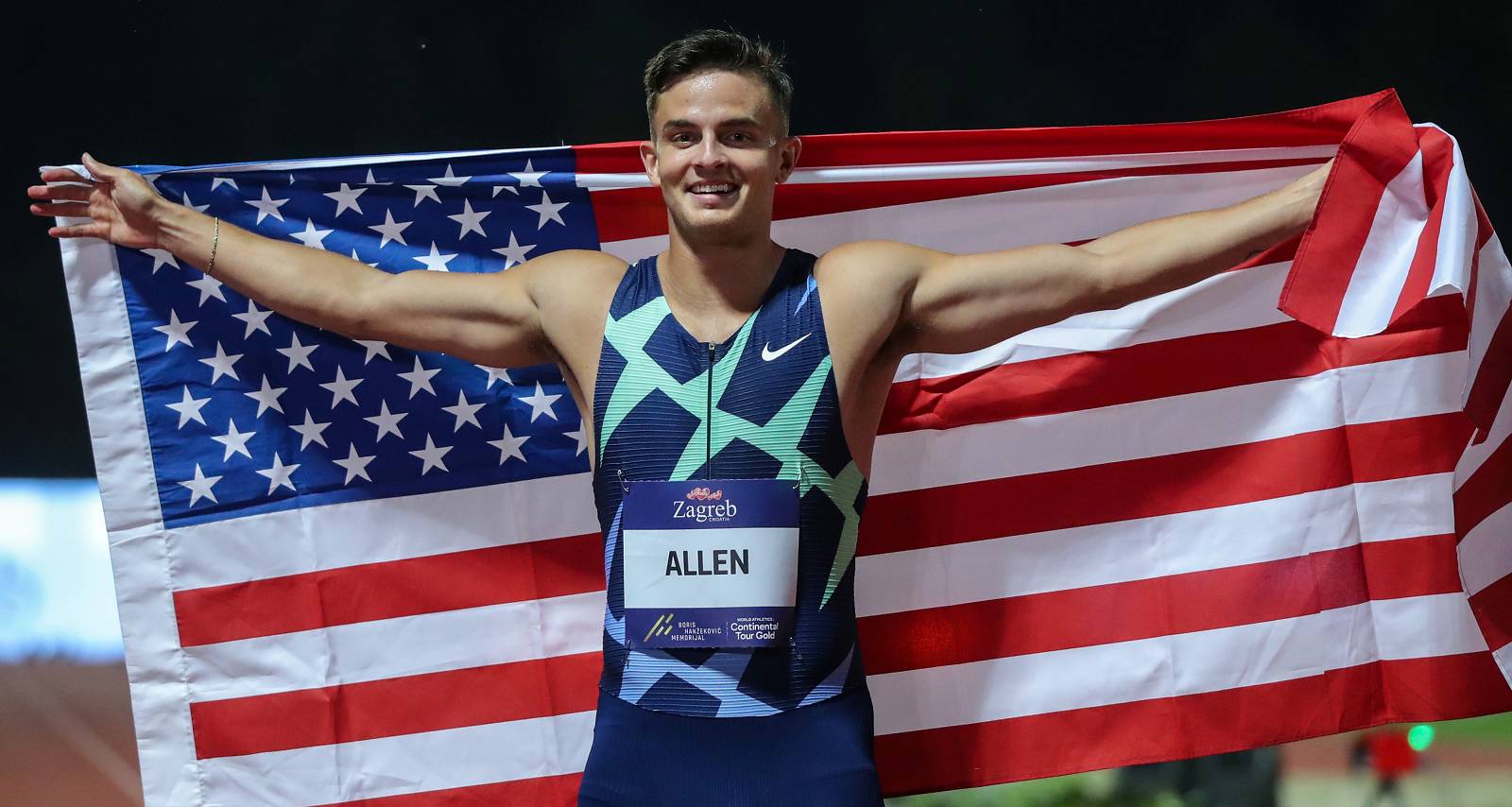 Devon Allen is one heck of a talented athlete! Not only does he play football for the University of Oregon, he is also a professional track and field athlete. He is representing America in the Men’s 110m hurdles event at the 2016 Rio Olympics. Don’t believe us? Then just read the Devon Allen wiki page on the net. For Devon Allen, Olympics is the stage where he can serve notice of his talent to the world.

For Devon Allen, participating in the Olympics is a dream come true. To compete in the greatest sporting spectacle in the world is what every athlete dreams of but few are able to do, and at such a young age Allen has made his dream a reality. So, just how old is Devon Allen? He is 21 years of age and still in college. It was his dream to compete in the 110m hurdles race and he had to overcome many odds to make his dream come true. In the U.S. Olympic trials he ran the 110m hurdles in 13.03 seconds, which was his personal best. He was selected to represent Team U.S.A on the basis of this amazing effort.

The Making of a Champion

He has lived up to expectations so far in Rio. The qualifying heat for the Semifinals saw Allen in great form. He ran the race in 13.41 seconds and has qualified for the Semifinals. It’s a great effort because the rain delayed the heat and Allen had to wait. Things like these can wreak havoc on an athlete’s concentration but Allen ran like a champion. People are asking, “How tall is Devon Allen?” The Oregon football player Devon Allen is 6’0” and weighs 84 kg. However, nobody would have predicted this when Allen was born. This is because Allen was born two months premature, alongside his twin sister, Carissa. That’s right! Allen has a twin sister who was born seven hours after Allen.

No Life Without Family

Carissa is also an athlete. As most twins do everything together, she grew up playing baseball, soccer and basketball alongside her brother. Allen branched out into football and athletics while Carissa now plays volleyball. Allen is very attached to his sister and they both find it very difficult to be apart. However, they didn’t have a choice when they joined different colleges. Allen is very close to his parents, as well. Though his parents are divorced, Allen made sure that both of them were present for his baptism. It happened two days before the Olympic trials and Allen called his father and invited him. His father was overjoyed and made sure that it was a memorable moment for his son. Allen also invited his team mates.

A Passion for Sports

Allen showed an affinity for sports from a young age. He was barely four years old when he was playing on a team of five-year-olds. Once, his father even saw him take the ball and score a 60 yard touchdown! He would take the ball and just run away from everyone else. That’s when Allen’s father realized that his son was talented and had a gift for both football and running. When Allen was 11, his potential as a runner came to light. Since then, Allen has competed in both football and track and field, and is now expected to perform well in both sports.

All Eyes on Allen

Allen will be the center of attention of all eyes when he runs in the 110m hurdles event. His parents started a funding campaign to collect enough money to come to Rio to see their son compete. Nine of his family members are actually there in Rio to cheer him on now! Allen knows this and is going to run the race of his life, happy to have the support of his family right there by his side!

If you want to read more on athletics please click on the below link: