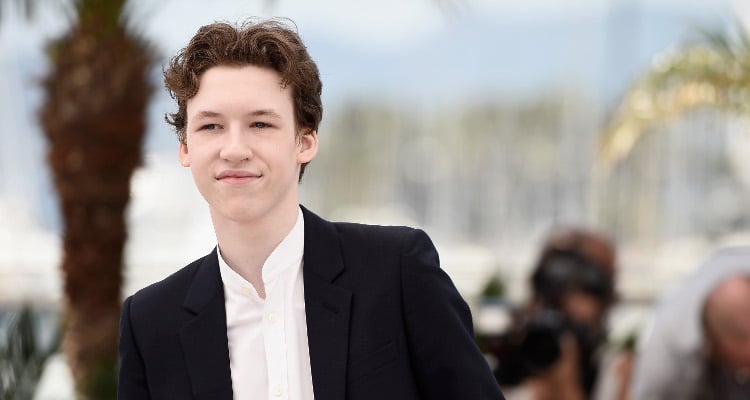 Playing Tyler Down was a tough task, but 19-year-old actor, Devin Druid nailed it. Druid did a great job bringing this dark and complicated character to life. He feels that the show sends out important messages to the audience and makes them think. People are reaching out to Druid because they feel connected to him in 13 Reasons Why.

Everybody is talking about the new Netflix series, 13 Reasons Why. The series takes a long, hard look at the complicated life of teenagers and the experiences they go through while navigating high school, popularity, labels and drama. 13 Reasons Why focuses on the dark and seldom discussed aspects of teenage life. Critics have praised the series for the deft handling of adult themes and the acting by its young cast. One of the actors who gave a terrific performance is Devin Druid, who plays Tyler in 13 Reasons Why. People are curious to know more about him, so we have some details from Devin Druid’s wiki.

She told me I was pretty to get me to smile like a dork. It worked. I think this was after that smile settled a bit. Photo and smile provided by the incredibly talented @laurenladybird

Druid was born on January 27, 1998, in Richmond, Virginia and decided at an early age that he wanted to become an actor. Devin Druid’s age is just 19, but he has already made a name for himself in the business. The repertoire of Devin Druid’s movies includes smaller films like Louder Than Bombs, Sugar!, and Imperium. Devin Druid’s TV shows include the critically acclaimed FX series, Louie in which he plays a teenage Louie C.K. He also appeared in the hit series, House of Cards for a single episode. His big break was as Tyler in 13 Reasons Why.

Going to a Dark Place

13 Reasons Why tells the story of a young girl named Hannah Baker (Katherine Langford), who leaves behind 13 cassette tapes to 13 different people that explain why she committed suicide. Druid’s character, Tyler Down, is the school photographer and he’s mentioned in the tapes as one of the reasons Hannah killed herself. About his character, Druid says, “Tyler is a character who is deeply in love with this girl, and she kills herself, and he is one of the 13 reasons why. It’s a really dark place to go and do that everyday. It starts to weigh on you. There were some days…I would cry every couple of minutes because I brought everything back with me.”

#tbt to my wonderful time at the Cannes Film Festival ?❤️ Photo Credits: Birgit Solhaug Read the new article this photo is featured in by clicking the link my bio! ??

There is no information about David Druid’s girlfriend, so there is no way to tell if he has one. He says that the show has had a terrific impact on his life and he hopes that viewers grasp the important messages of the show. “You never know what’s going on in someone else’s life and that you can’t always understand how what you say or what you do, no matter how big or small it may seem to you; it could be the end of the world for someone else,” he explains.

Mature at a Young Age

There is no information on David Druid’s net worth, but considering that he is on one of Netflix’s most talked about shows, we are sure it will see a boost. When it comes to passion for his art, Druid confidently tackles tough themes at a relatively young age. “You really have to be careful about what you do or think about other people around you as human beings who feel things, and you have to learn to be empathetic and notice signs of people who are going through trouble,” he explains. Fans are hoping that there will be a second season of 13 Reasons Why, as the current season left some unanswered questions. If that happens, Devin Druid has a good chance of coming back as Tyler Down.

You can currently stream 13 Reasons Why on Netflix.