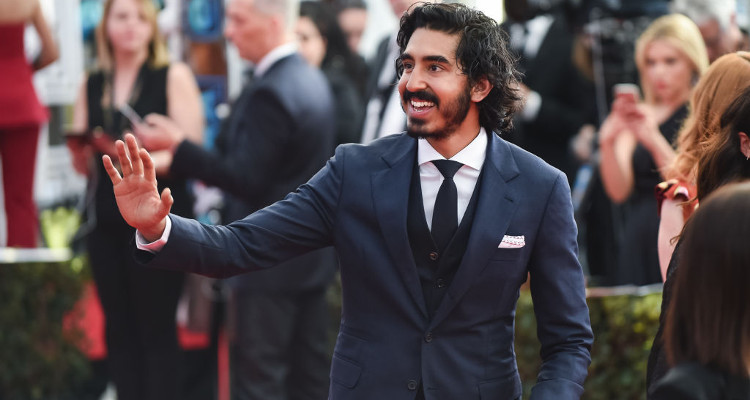 Dev Patel is one of the most talented and versatile actors Hollywood has seen in recent years. The 26-year-old Slumdog Millionaire star has just received his first Oscar nomination for his powerhouse performance in Lion. Read on to find out more in our Dev Patel wiki.

Dev Patel’s career is skyrocketing! Best-known for his role as Jamal Malik in the Academy Award-winning drama, Slumdog Millionaire in 2008, Patel has quickly risen up the ranks in Hollywood to make a name for himself. His acting chops have earned him several accolades after starring in blockbuster hits like, The Best Exotic Marigold Hotel, Chappie, and The Last Airbender. Patel’s role as Saroo Brierly in the biographical drama, Lion has scored him nominations for BAFTA, SAG, Golden Globe, Critic’s Choice and Academy Awards. Here is everything you need to know about Dev Patel’s wiki, including his net worth, movies, and family.

Dev Patel’s wiki makes for an interesting read, as the talented star was brought up far removed from the spotlight and had no ties to the film industry. Born in London, England, Patel was raised by his father, Raj, an IT consultant and his mother, Anita, a caregiver. Dev Patel’s family originally hails from the Indian state of Gujarat. The couple immigrated from Nairobi, Kenya as teens and met in England, where they married and had their son on April 23, 1990. From a young age, Dev Patel displayed a remarkable talent for acting when he got his first taste with school plays. Growing up, Patel’s teachers noticed his unique gift of acting, and he received full marks for his General Certificate of Secondary Education (GCSE) live performance, after moving the examiner to tears. Patel went to Whitmore High School in Rayner Lanes, Harrow, where he completed his A-level exams in PE, History, Drama, and Biology.

Patel kick-started his acting career in his teens with a pivotal role in the British drama series, Skins. Despite having no professional experience, Patel wowed audiences with his portrayal of the coming-of-age Pakistani boy, Anwar Kharral. Besides acting, Patel is a trained martial arts expert and competed in national and international events as a child. He won a bronze medal at the 2004 World Championships in Dublin and could have gone on to make a career in Taekwondo, but destiny had other plans in store for Dev Patel. In his own words, Patel has described himself as a “bloody energetic” child, who channeled his hyperactivity in a positive way through acting and martial arts. 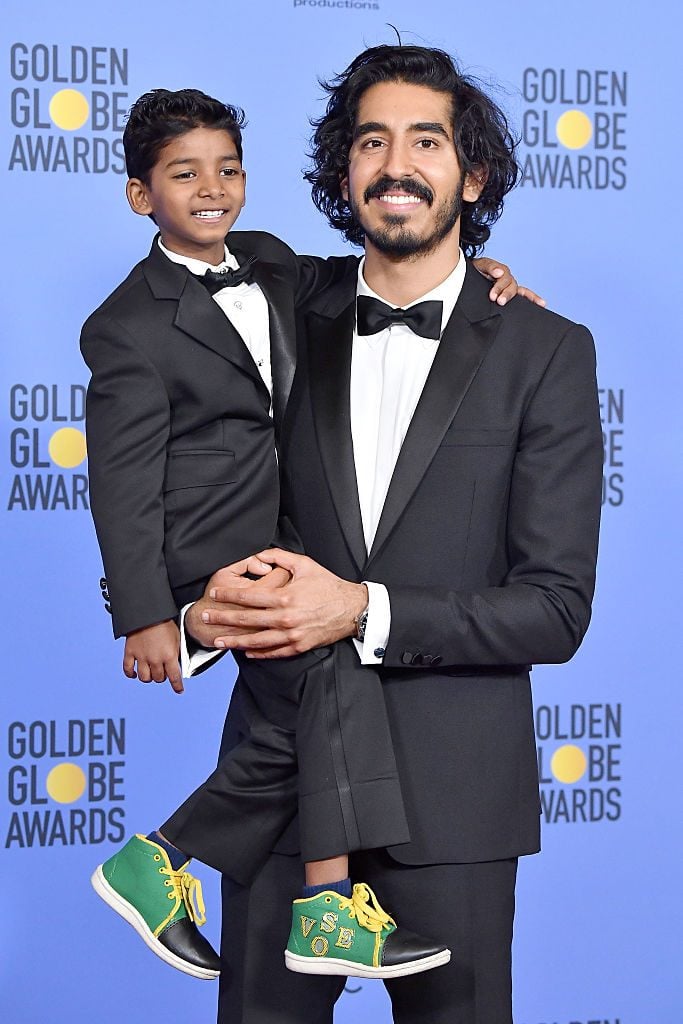 Thrust into the Spotlight

The 6’2” tall actor had his breakthrough role as Jamal Malik in Danny Boyle’s award-winning film, Slumdog Millionaire. The movie was based on the book Q & A by Indian diplomat and author, Vikas Swarup and it catapulted the then-18-year-old Patel to fame almost overnight. Patel auditioned five times for the role before he was chosen, and traveled to the slums of Dharavi in Mumbai to prepare for the role. The dedicated actor learned the ropes by working at a call center and even washed dishes at a hotel.

It’s safe to say that life was never the same again after that for Patel, who was nominated for and won several prestigious awards, including SAG Awards, Critic’s Choice Awards, and BAFTA Awards. Slumdog Millionaire went on to become a smashing success and won eight Academy Awards and four Golden Globes. Dev Patel’s girlfriend at the time was his Slumdog Millionaire costar, Freida Pinto, and the couple dated for six years before splitting in 2014.

Soon enough, Dev Patel was flooded with offers from some of Hollywood’s biggest directors, including M. Night Shyamalan, who is best-known for his supernatural flicks like Signs and The Sixth Sense. Patel signed on to appear as the lead in The Last Airbender, which then went on to gross double its budget at the box office. Subsequently, Patel became an A-list Hollywood actor and joined the all-star cast of The Best Exotic Marigold Hotel along with Judi Dench, Maggie Smith, and Bill Nighy. Dev Patel’s movies include About Cherry, The Road Within, The Second Best Exotic Marigold Hotel, and The Man Who Knew Infinity, based on the revered Indian mathematician Srinivasa Ramanujan. Dev Patel’s upcoming movies in 2017 include Hotel Mumbai, an Australian-American thriller based on the 2008 Mumbai attacks. It looks like Dev Patel’s net worth of $3.0 million is all set to spike as his Hollywood career takes him to new heights! 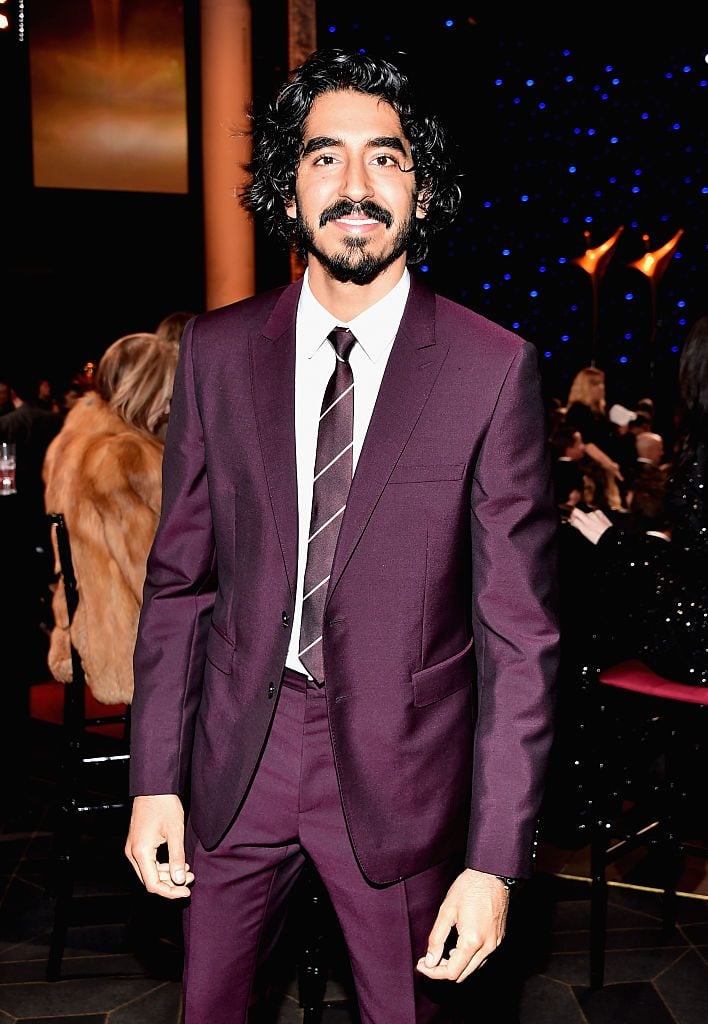 Patel’s powerhouse performance in the 2016 biographical film, Lion did not go unnoticed, and the 26-year-old star recently entered the exclusive club of Oscar nominees. The movie depicts the true story of Saroo Brierly, who was reunited with his biological mother after getting lost and subsequently adopted by an Australian couple. Lion opened to rave reviews and garnered plenty of praise generating Oscar buzz around the film. The touching tale is based on Brierly’s book, A Long Way Home and landed Dev Patel a well-deserved BAFTA Award, SAG Award, and Academy Award nomination. It looks like congratulations are definitely in order for the talented youngster!