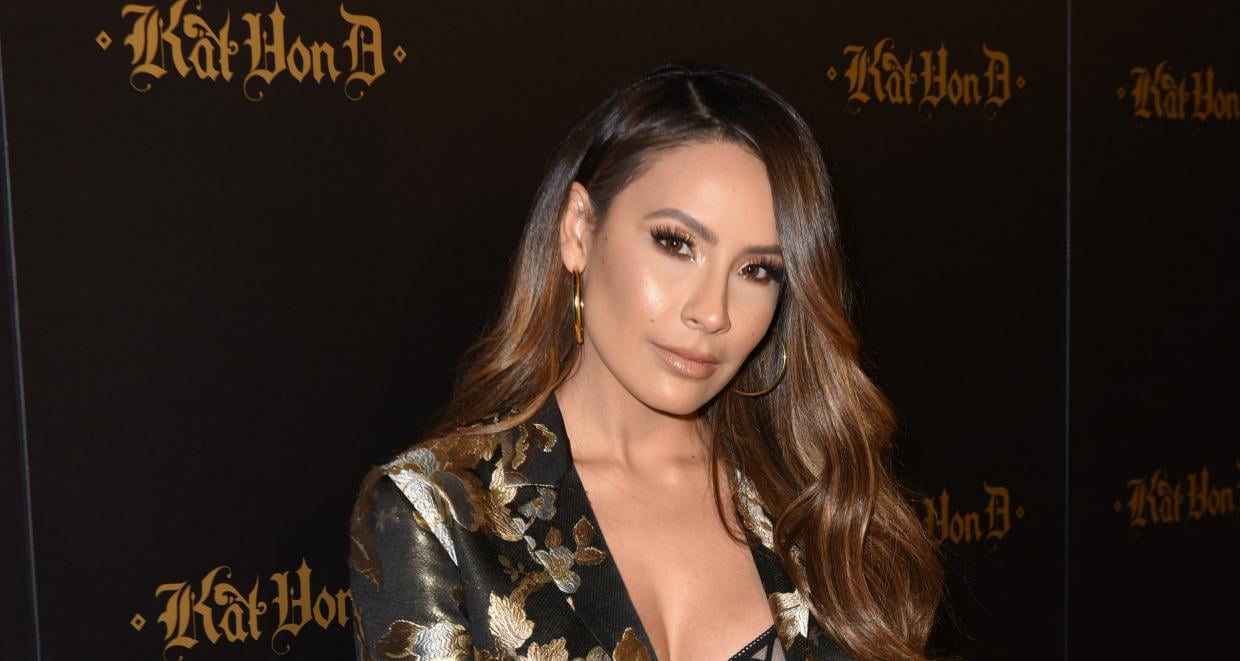 Desi Perkins is more than just another beauty vlogger on YouTube. She’s fun, she’s unfiltered, she’s inspiring, and she looks like the YouTube doppelganger of Jennifer Lopez. She’s married to Steve Perkins, the guy who films her tutorials.

What’s not to love about Desi Perkins! The YouTube beauty vlogger has been dishing makeup tips to look like a celebrity. And she has her own celeb following!

If you don’t follow this goddess already, our Desi Perkins wiki will have you clicking on the subscribe button. 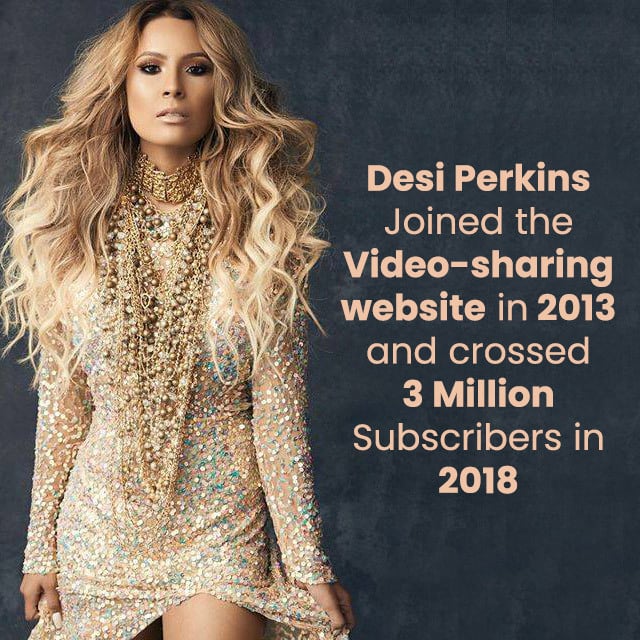 It didn’t take long for her to bring her makeup skills to YouTube. She joined the video-sharing website in 2013 and crossed 3 million subscribers in 2018. Together with her collaborator, Katy DeGroot, Perkins has become a beauty phenomenon.

She has been captivating YouTube viewers with tutorials to look like celebrities like Kim Kardashian, Kylie Jenner, Jennifer Lopez, and Taylor Swift. And to think she stumbled upon her makeup skills by chance!

Her husband needed a Halloween costume once. Perkins, who loves sketching and painting, found a special effects video on YouTube.

“I thought to myself ‘maybe I can recreate that.’ I did and it was a hit. People started booking me,” said Perkins.

Her stardom has grown to the point where even Kim Kardashian is her fan. She even gave Perkins a shoutout on KUWTK.

Now Perkins has her own makeup collection with DeGroot for Dose of Color and a sunglasses line with Quay Australia. She’s also promoting several cosmetic brands through her influence on social media. 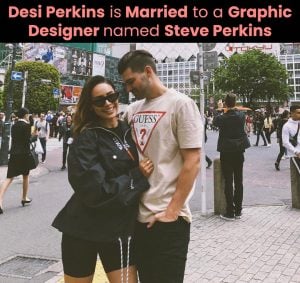 Perkins is married to a graphic designer named Steve Perkins. He studied at Santa Ana College and Riverside City College before graduating with a degree in graphic design from Norco College. 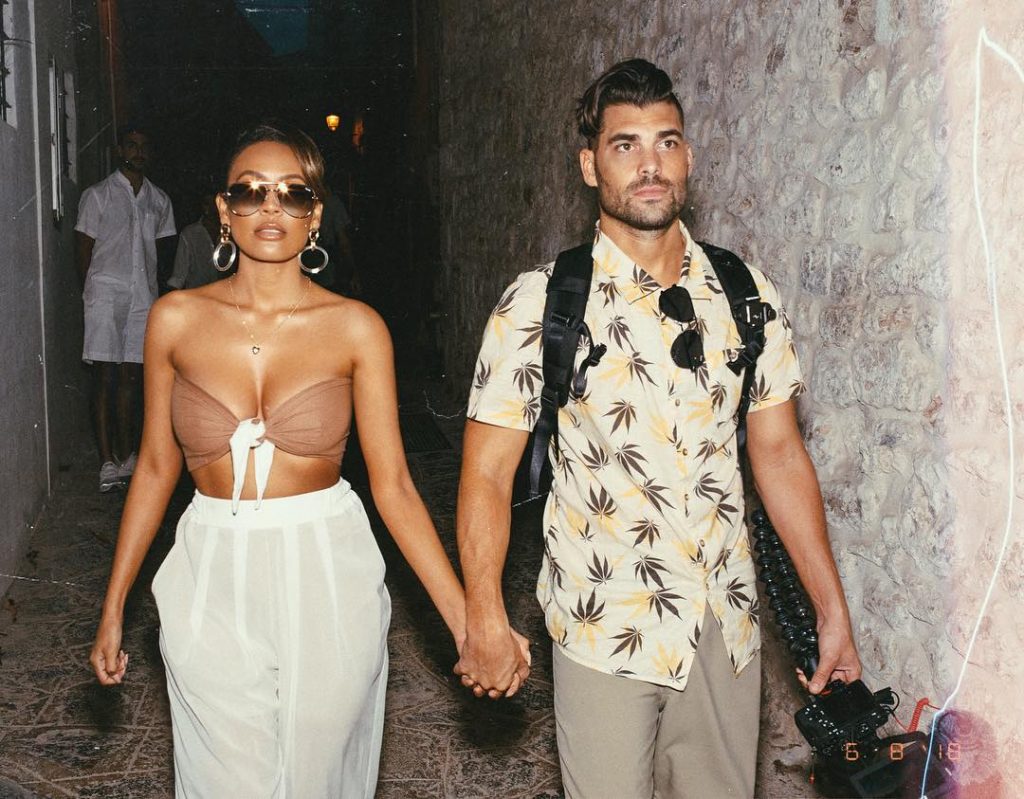 Desi Perkins and Steve Perkins have been together since 2006. Credits:Instagram/desiperkins

Desi Perkins recently said on Instagram that they’ve been together since 2006. She had met his sister, Tina Perkins, during her senior year at college. Desi and Steve Perkins worked at the same Abercrombie & Fitch store, but she didn’t know that until his sister told her.

They met at the store soon after but didn’t date right away. They were both dating different people at that time and Desi Perkins was unimpressed with her future husband’s cocky attitude.

They eventually got together and tied the knot in 2012, a year after getting engaged. They overcame tough times together, including suffering a miscarriage.

Her Husband Helps Her Record Videos

Steve Perkins is incredibly supportive of her makeup career, even saying that her business is more beneficial to them.

He photographed and filmed his wife’s makeup ventures for her social profiles before her expanding profile got her a studio and designated cameraman. He was the one who taught Perkins how to edit her early videos.

Since then, he’s featured on her videos often, even doing her makeup for her at one point. He’s picked up some nifty makeup skills after watching his wife do her thing for hours.

Although he’s no influencer like his wife, Steve Perkins’ popularity has grown enough for him to have over 213K Instagram followers.

Perkins is of Mexican and Spanish descent and is a proud Latina. And she wants people to know it.

She famously tweeted to her followers that she’s not a “white girl.” She’s Mexican and grew up in a typical Mexican household—including getting hit by the dreaded slipper!

Why do people keep saying I'm a white girl? I'm Mexican. I didn't get the chancla as a kid 2 be called not Mexican enough for u. Back up

Perkins, who grew up with three brothers, credits her family for her strong cultural roots and said, “My family is the most important thing to me—the food, the language, all of it— and we have the strongest bond.”

She has named some of her makeup products after her Latin roots. But there are still some naysayers who doubt her ethnicity.

Desi Perkins said, “I’ve always related to that line from the Selena movie. ‘We have to be more Mexican than the Mexicans and more American than the Americans, both at the same time! It’s exhausting!’ I have gotten a comment saying that I’m not Latina enough which confuses me. I don’t know how to be any other way other than how my parents raised me.”