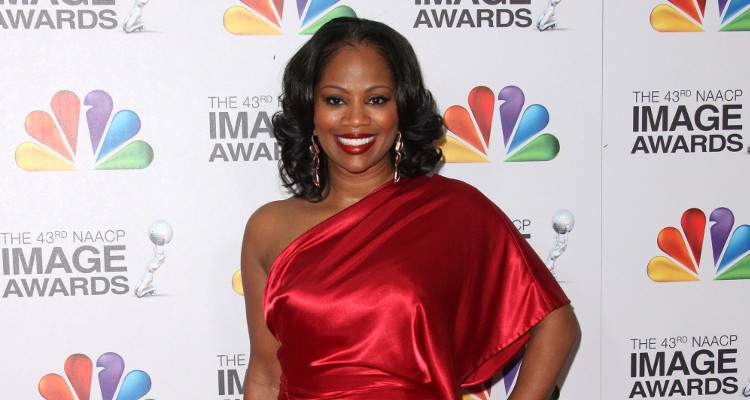 Out of all of the women who’ve appeared on The Real Housewives of Atlanta, there’s always been one who’s stood out the most for her genuineness. We’re talking about DeShawn Snow, who left the show after its first season. So, where is DeShawn Snow now, and what has she been up to since her departure? Our DeShawn Snow wiki tells you everything you need to know!

DeShawn Snow has risen from the ashes and now lives a bright and happy life. She went through a huge transformation after her dramatic exit from the Bravo TV franchise.

We have everything you need to know about her current life and what she’s been up to, right here in our DeShawn Snow wiki.

DeShawn Snow was probably the first woman to exit The Real Housewives of Atlanta early in the history of the franchise. The wife of NBA player Eric Snow faced turmoil in her on-screen and off-screen life in 2009, which led her to quit the show the following season.

DeShawn stood out the most from her fellow cast mates because she seemed to be the only one who had a level-headed demeanor and refused to participate in all of the petty drama that the show is now famous for.

Not only was she considered the problem solver of the group, but it was the lack of drama in her own personal life that ultimately led to her departure from the show at the behest of producers.

Despite the fact that DeShawn proved to be an amazing role model for young girls, that’s not the vision that producers wanted to portray on the show. They thought that she was too normal, her life was too boring, and that she didn’t contribute to the drama enough to fit in with the rest of the cast.

In fact, they thought that her conflict resolution skills and calm manner were problematic for the future ratings of the show, even though she’d proven to be a fan favorite from the get-go.

That same year, Kandi Burruss replaced DeShawn Snow, which cemented her exit from the reality show. And since then, Bravo TV and the media have followed the inspiring woman and her whereabouts to find out why she left the show.

In 2010, a year after the show, DeShawn Snow endured a devastating and very public divorce from her husband of 12 years, former NBA basketball player Eric Snow. Reportedly, he admitted to having an affair with another woman while they were filming The Real Housewives of Atlanta.

Apparently, some of the producers noticed that he treated his then-wife with total disdain and made some inappropriate remarks about her, such as calling her a “stupid b**ch.” It got to the extent that they had to keep reminding him that the cameras were still rolling. Their three sons, Eric, Jarren, and Darius Snow, were also pulled onto the rocky path.

DeShawn Snow explained about how she took it all in stride and said, “I’m great. I’m excited to make things happen. I’m definitely moving forward, I’m growing through this. Since I’ve been on the show, I’ve been doing a lot of reflecting, a lot of writing, a lot of healing.”

DeShawn Snow’s ex-husband, Eric, is still in a relationship with the other woman, but she seems to be much better off without him in her life.

In an interview after her exit, Snow was asked why she wasn’t seen on RHOA season 2.

The former reality star said, “[One of the producers] called and said that I was ‘too human for a circus show’ and that because the show did so well, they are about to pump up the drama and they didn’t think that I would fit in.”

A post shared by Borderline Biitch (@borderlinebiitchofficial) on May 1, 2014 at 7:08am PDT

Snow also said that she was shocked by the decision, as she thought they might add her back on the show with a new direction.

At the time, rumors were making the rounds that Usher’s ex-wife, Tameka Foster, would be joining the show. But in the end, Burruss was chosen instead.

Picking Up the Pieces

DeShawn Snow was heartbroken, no doubt. But her spirit wasn’t broken, and she drew strength from it.

By 2012, she had already taken the situation in her past as a learning experience and told herself that she’s going to make it big. She was happy about one thing—it was all happening off-camera!

The former RHOA star began writing as a therapeutic healing process. And in 2013, DeShawn Snow’s book titled Lil Shawnee was published. It’s the first installment in the three-part young adult series that’s focused on promoting self-love and empowerment for girls.

By @pibb_benevans "Looking for a gift to uplift and inspire a tween girl in grades three to six? Give the gift of reading this holiday season by buying a @DeshawnSnow #LilShawnee Chapter Book! Lil Shawnee is a classic book series that provides empowering and encouraging messages to girls. TO PURCHASE, VISIT: http://lilshawnee.com/the-books #HolidayGiftGivingIdea #LilShawnee #RHOA #DeshawnSnow #DeshawnSnowGroup #DeshawnSnowFoundation #SupportOneAnother" via @PhotoRepost_app

DeShawn Snow’s weight loss was a result of her inspired and energized mind. The star worked on herself and lost 30 pounds.

“I had no control over anything that was happening in my life and the weight and working out was something I could control,” Snow told Us Weekly.

Snow worked with her close friend and trainer, Trey Crump. He helped her not only with her weight loss, but he also advised her on her relationship troubles.

DeShawn Snow said about her strict diet plan, “I supplement with protein shakes and I try to stay away from carbs, sometimes I’ll have seafood or vegetables. Basically it’s portion size, a maintenance thing.”

So far, all of her hard work has paid off and she’s been able to maintain her weight loss. At 45 years of age, DeShawn Snow is looking fabulous and living her best life!

Despite going through an incredibly hard time in her personal life, DeShawn continued to move forward and help empower young, inner-city girls in Atlanta to realize their goals.

The DeShawn Snow Foundation was founded in 2006 with the vision of empowering and inspiring young girls throughout Atlanta and eventually all over the country to make their dreams come true. Through various workshops, community outreach programs, and the DSF Empowerment Camp for Girls, this organization has helped countless youths realize their potential for future success in life.

In an early episode of The Real Housewives of Atlanta, one of the other beloved cast members, Nene Leakes, attended a self-esteem building workshop to help inspire the girls. Check out the clip below:

The foundation has established two programs that are designed to help them achieve their objectives in working with young girls throughout their community. The first is called the DSF Angels (a term of endearment for the girls who participate in the program). The other is the DSF Empowerment Camp for Girls.

The foundation aims to assist and guide adolescent girls in Atlanta between the ages of 11 and 17 to help them come out of their shells and “become the [women] that [they’re] meant to be.”

How DeShawn Snow Leads by Example

Her genuine kindness, positive attitude, and tenacity may not have been good enough to secure her spot on The Real Housewives of Atlanta, but the former reality star is laughing all the way to the bank.

Not only is DeShawn Snow a selfless philanthropist who enjoys improving life for people in her community, but she’s also an extremely successful businesswoman to boot!

In addition to being a television personality and her relatively newly found passion for writing, DeShawn Snow also has her own business called DeShawn Snow Enterprises.

Since she initially got her start in real estate in the mid-1990s, she’s managed to establish a luxury real estate empire. But her organization also offers a wide array of other services, including lifestyle management expertise, lifestyle assistance and relocation services, entertainment consulting, and even personal bookings to have DeShawn appear at various events.

When she first met her ex-husband, DeShawn Snow was a realtor in Atlanta. Since that time, she’s been able to accomplish so much more and she’s become an inspiration to so many young girls throughout the United States as a result.

DeShawn Snow Enterprises is also affiliated with her highly influential youth organization, the DeShawn Snow Foundation, and the popular Lil Shawnee young adult book series. DeShawn Snow’s net worth is estimated to be $1.5 million and counting.