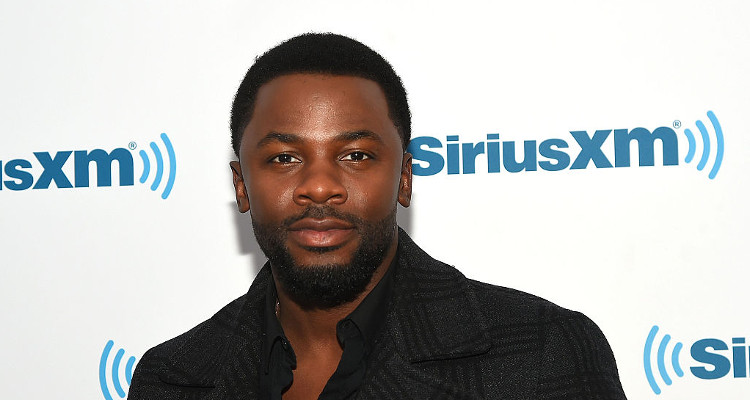 Netflix’s young adult drama, 13 Reasons Why has a bunch of familiar faces, which might have given you déjà vu. One of those faces is Derek Luke, who plays Mr. Porter, the counselor from 13 Reasons Why. He’s been in movies such as Captain America: The First Avenger, Glory Road, Seeking a Friend for the End of the World, and TV shows like The Americans, Rogue, Empire, and more. If you are looking for more information about the handsome actor, check out our Derek Luke wiki!

Derek Luke is an American actor, who was born on April 24, 1974 in Jersey City, New Jersey. His mother, Marjorie Dixon is a pianist and is of Nigerian descent, while his father, Maurice Luke is a former actor from Guyana. He has two brothers who, along with Luke, were raised primarily by their mother. He completed his freshman year at Linden High School, but graduated from Henry Snyder High School in 1993. Derek Luke has been married to Sophia Adella Hernandez since 1998.

After his graduation, Derek Luke moved to Los Angeles in 1995 to launch his acting career. His first audition was with casting director, Robi Reed-Humes for the role of Antwone Fisher in the movie of the same name. The audition went so well that Luke was called in to meet Denzel Washington, his childhood idol! His performance in the film received accolades and even won an Independent Spirit Award.

And thus, Derek Luke began what would be a successful acting career. The 43-year-old left his mark on the big screen, as well as television. He played one of the four male leads in Spike Lee’s 2008 war film, Miracle at St. Anna, replacing Wesley Snipes.

He was in a few inspiring sports movies like Friday Night Lights and Glory Road. He also showed his versatility in the biographical drama, Catch a Fire, the rom-com called Definitely, Maybe, and the music-themed biopic, Notorious. The talented actor’s work have earned him many awards like a BET Award for Best Actor and a Black Reel Award for the same category.

Luke’s biggest career opportunity came in 2011, when he bagged the role of Gabe Jones, a member of the Howling Commandos in Captain America: The First Avenger. Around the same time, in June 2011, he starred in the TNT original medical drama series, Hawthorne as Miles Bourdet, an assistant surgeon from Chicago.

He also appeared as a regular from February to April 2013 in the FX series, The Americans. Before taking on the role of Mr. Porter from 13 Reasons Why, Luke was last seen on the TV show, Empire. In it, he played Malcolm DeVeaux, head of security for Empire Entertainment and Cookie’s secret love interest.

Also Read: Justin Prentice Wiki: 5 Facts to Know about Bryce from “13 Reasons Why”

Derek Luke is one of the lucky few who made it big at a young age. There’s no denying that he had his share of struggles. However, hard work coupled with passion, has made this man from New Jersey a net worth $5.0 million. Talk about starting from the bottom! There’s no doubt, especially after the huge success of 13 Reasons Why, that Derek Luke’s net worth (as well as fame) will increase.

In Netflix’s highly buzzed 13 Reasons Why, 43-year-old Derek Luke plays Mr. Porter, the school counselor, who was one of Hannah Baker’s reasons for killing herself. His character did not give Hannah the compassion and understanding she needed while confiding in him, and as he pieces together what might have caused Hannah to take her life, he realizes he himself was one of the reasons.

The hugely successful 13 Reasons Why is currently airing on Netflix, so be sure to check it out!