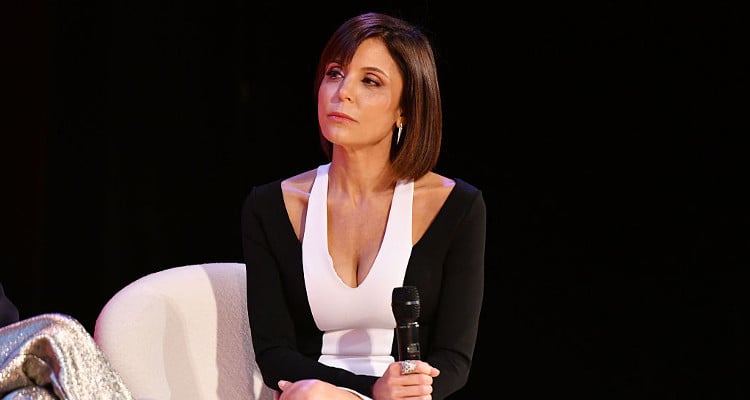 It has been reported that Dennis Shields was found dead in his Trump Tower apartment on August 10, 2018. According to sources, the cause of death looks to be from a suspected overdose. The Real Housewives of New York star Bethenny Frankel has not yet made a statement, with many wondering if the two were even still together. The news has turned the spotlight directly on Dennis Shields with many looking to learn more about Bethenny Frankel’s boyfriend.

Bethenny Frankel of The Real Housewives fame has gone through two divorces, and as of the latest reports regarding her love life, she was dating Dennis Shields and they seemed to be doing alright. So, the news of his alleged overdose comes as quite a shock.

#1. He Was Legally Married When They Dated

Frankel was married to a pharmaceuticals executive Jason Hoppy in 2010, and they have a daughter named Bryn together. They separated in 2012 and filed for divorce the following year, with a lengthy divorce battle to decide property division. Four years after they separated, their divorce was finalized in 2016.

During her divorce proceedings, the 46-year-old began her relationship with Dennis Shields. At that time, she had a televised spat with her costar, Luann de Lesseps. In retaliation, Luann revealed Frankel was dating a married man saying, “She calls me a hypocrite, but really she’s the hypocrite. I’m the one getting married, I’m engaged, and Bethenny’s still trying to get a divorce. You know, it was in the Daily Mail…she’s dating married men, not me.” Ouch.

In response, Frankel tweeted, “She’s correct. I’m dating a legally married separated man-so perfect bc i’m legally married too! @CountessLuann xo. [sic]” That’s right, Shields was still “legally married” to his wife, Jill Schwartzberg! So yes, since the two were both technically still married to other people, their relationship raised a few eyebrows at first.

Apparently, Shields knew the successful author for many years and they ran in the same affluent circles. So, you can guess that his bank account is comparable to Frankel’s. He also comes from an accomplished family. His mother, Gail Shields, is a lawyer and his father, Dr. Lawrence Shields, is a neurologist. Dennis graduated from New York University with a Master’s degree in public relations.

Most recently, Shields made his money as a high-profile banker in the Big Apple. But he’s done a lot more than that in terms of his success in business. Shields was the CEO of LawCash ever since its inception in 2000, he was the founder and chairman of crowdfunding company called YieldStreet, and he was the founder and director of the federally-chartered Esquire Bank. He was basically designed for success! In fact, Dennis Shields’ net worth is estimated to be around $11.0 million.

Frankel has a net worth of $25 million, thanks to her Skinnygirl brand and her success on reality TV.

#3. Frankel Has History with His Ex-Wife

Shields married Jill Schwartzberg in 1990 when he was 23 and she was 21, and their nuptials at the New York City Plaza got some real estate in the New York Times wedding section! And the twist? Frankel has known Schwartzberg, an interior designer, since high school!

She went on Twitter to offer an explanation to curious fans saying, “I went to high school w his ex wife 30 yrs ago. Any other questions? [sic]”

That’s not even the complete story. A source close to Shields told the media that Bethenny Frankel and Dennis Shields had been friends for 27 years. At the time, she even threw him a birthday party! The source also said, “Bethenny and Dennis’ soon-to-be-ex-wife have a long history” and “he’s had feelings for Bethenny for a long time.” For fans, it didn’t look like it could get anymore complicated, but eventually, the two began seeing each other as more than friends regardless of what anyone else thought.

#4. Was Bethenny Frankel Dating Dennis Shields at the Time of His Death?

They were reportedly going strong, at least until last year before they took another break. Engagement and marriage rumors were swirling around the couple at that time, that is until Valentine’s Day rolled around.

Frankel reportedly spent February 14, 2017 sans her “legally married” beau. She called it a “break” rather than a “break-up” (which evokes the FRIENDS conundrum of the classic Ross and Rachel split).

“He’s still in my life,” she said at the time. “I saw him last week for his birthday, but I’m not ready to settle down right now.” She added that they were not in a serious relationship at that time.

But rumors of them being back together continued to dog them, just as much as speculation rose shooting them down. (Especially after openly saying she’s not sure she’d ever reconsider getting married again!)

Then, earlier this year in May, her appearance on Steve Harvey’s show seemed to clear the air. (But not really.)

“I’ve been with someone on and off for years,” she explained on his show. “It’s like a partnership where if we’re not being teammates and it’s not working and one man is down, then the other man is down. We’re trying to really kind of be good partners and be good teammates and I think relationships oddly are — and this sounds cold — but a little bit like business.”

It sounded like the two of them had worked out their kinks and were back on track.

After going into further detail about their “complicated” relationship, she said, “So both partners have to say, ‘All right, I’m in it for this,’” adding, “And I think we might be at that point, believe it or not.” She blushed while admitting that she hadn’t told anyone that yet.

The latest reports confirm Dennis Shields’ death, though finer details surrounding the tragic news have not yet been revealed. According to TMZ, law enforcement officials revealed that Shields’ assistant called 911 at around 9:00 a.m. this morning to report him unresponsive, at which time he reportedly administered Narcan but was unsuccessful in reviving him.

Sources are alleging Dennis Shields’ cause of death was due to an overdose. An autopsy is pending to confirm.

We wish Dennis Shields family, as well as Bethenny Frankel, our condolences during this difficult time.