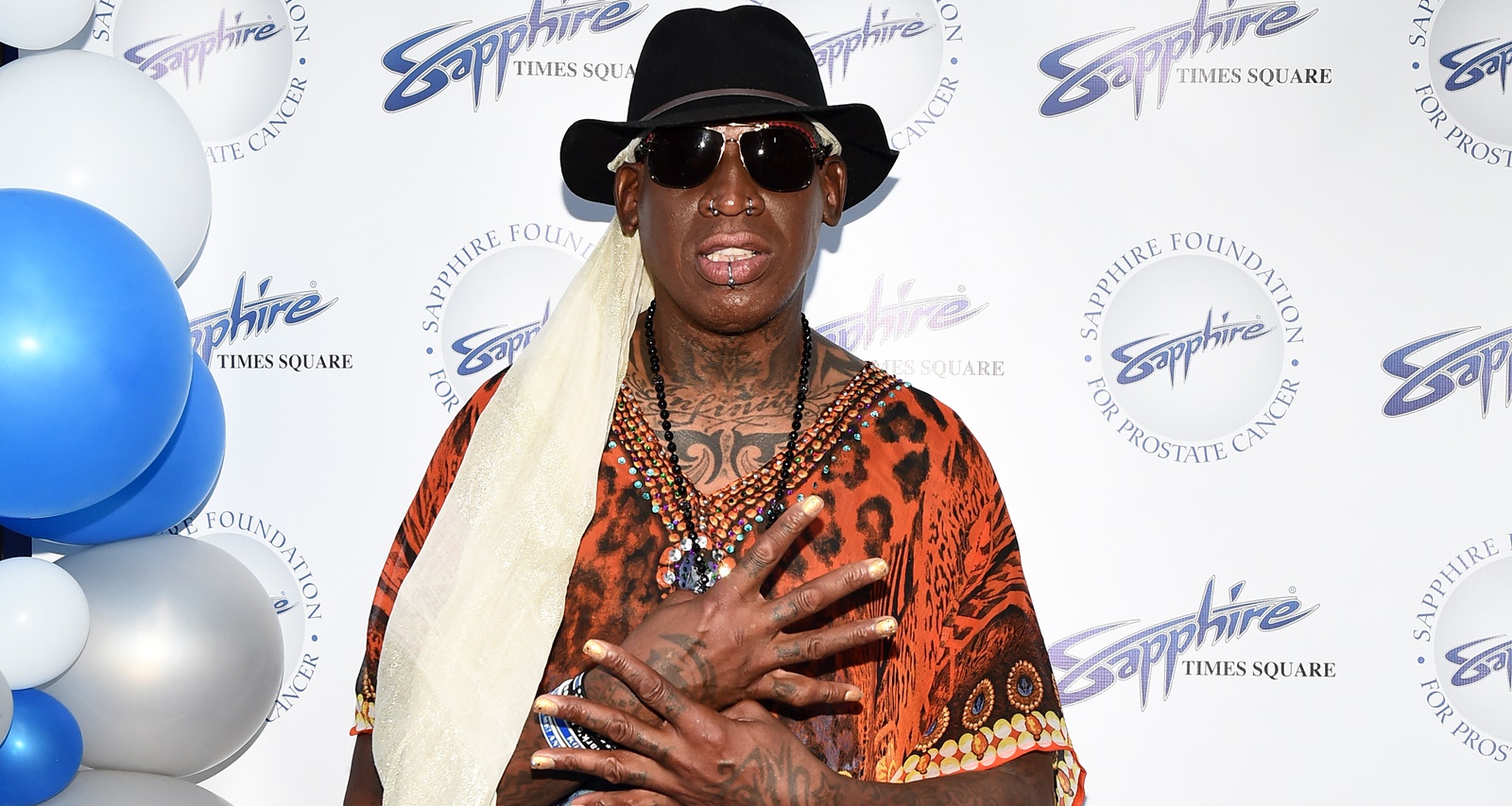 ESPN’s new 30 for 30 documentary, Dennis Rodman: For Better or Worse, traces the fascinating life of NBA Hall-of-Famer Dennis Rodman beyond his friendship with North Korean leader Kim Jong-un. During his NBA career, “The Worm” was a star on the court, but after retiring, a slew of financial problems impacted his wealth. The multi-hyphenate has an estimated net worth of $500,000 in 2019 despite numerous ventures. Just how did his wealth decline? We’ve detailed it below.

Dennis Rodman was born on May 13, 1961 in Trenton, New Jersey, to Shirley and Philander Rodman, Jr. His father, a Vietnam war veteran, left his family to live in the Philippines where he had more children. Rodman is supposedly the eldest of 47 children!

Shirley raised her son and two daughters as a single mother, working up to four jobs at a time. Growing up, he struggled to come out of the shadow of his talented, basketball-playing sisters.

He barely saw any playtime on his high school team and didn’t make the cut for football, either. But when he experienced a sudden growth spurt in early adulthood, he tried basketball again.

After improving his stats in college, he caught the attention of the Detroit Pistons at the Portsmouth Invitational Tournament, a pre-draft camp for NBA hopefuls where he won Most Valuable Player honors. He made himself eligible for the 1986 NBA draft and was the 27th overall pick, selected by the Pistons.

Also Read: Jeremy Lin’s Net Worth in 2019, The Rise and Fall of Linsanity

After playing a very eventful five seasons with the Pistons, Rodman asked to be traded. Despite having $11.8 million and three years on his existing contract, the Pistons traded him to the San Antonio Spurs in 1993.

Before the 1995-96 season, he was traded to the Chicago Bulls, and enjoyed the success of their dynasty era. But after the 1997-98 season, the rebuilding Bulls had no place for Rodman, who joined the Los Angeles Lakers for a pro-rated salary.

After playing only 23 games that season, the Lakers released him from his contract and the Dallas Mavericks signed him. But his erratic behavior led to the franchise waiving him.

He took a break from basketball to focus on acting and wrestling before returning to court with the American Basketball Association in 2003. He didn’t get called up to the NBA mid-season as he expected, but played with several teams in the league until 2006.

Here are Rodman’s collective earnings from each franchise:

Don’t Miss: Rich Paul’s Net Worth in 2019, Basketball Agent with the Most Valuable Clients

Rodman Had Several Other Ventures

His love for wrestling turned this basketball player into a professional wrestler at the height of his career. He participated in various wrestling championships, most notably with the support of Hulk Hogan.

He has also been a fixture on the reality show circuit, starting with his 1996 MTV talk show, The Rodman World Tour. In recent years, he’s appeared on Celebrity Big Brother (UK), Love Island (UK), Celebrity Apprentice, and won the $222,000 grand prize on Celebrity Mole.

Rodman is also a successful author with multiple book titles to his credit, including his 1996 autobiography, Bad As I Wanna Be.

Additionally, he has several sponsorship deals that have paid for his trips to North Korea among other things.

Don’t Miss: Tom Brady Net Worth 2019, How Rich Does the Quarterback’s New Contract Make Him?

Despite making more than $27.0 million in his NBA career, further supplemented by his wrestling, book, TV and acting gigs, Rodman’s current net worth of $500,000 seems paltry. The interesting multi-hyphenate who famously dated Madonna and was once married to Carmen Electra suffered a slew of financial problems that decreased his wealth.

His playing career is rife with fines and suspensions. That included a $200,000 fine for kicking a referee in the crotch and an 11-game suspension that cost him a total of $1.0 million.

Rodman has been married thrice and has three children. In 2012, he was summoned to court for reportedly not paying over $800,000 in child and spousal support to one of his ex-wives. His lawyers then claimed that he was broke and couldn’t pay child support.

During his tumultuous marriage with Carmen Electra, the couple had a few run-ins with the law. They were both arrested in 1999 after a domestic disturbance call and were released after they posted $2,500 bail each.

A month later, he was arrested for drunk driving and driving without a valid license. He pleaded guilty to both charges and was fined $2,000.

Rodman has become infamous as one of the unlucky NBA players who lost their fortune. Here’s how he compares to his associates from his multi-faceted career.