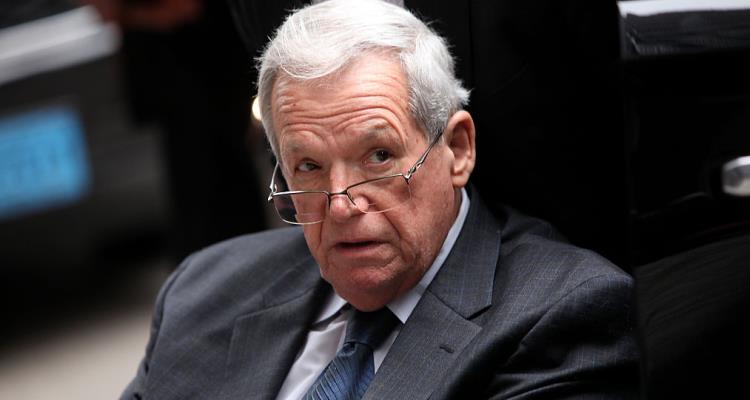 Former Republican U.S. House Speaker Dennis Hastert was released from a federal prison and moved to finish his sentence for fraud and sexual abuse. Take a look at out Dennis Hastert wiki for more details on the scandal and for information on Dennis Hastert’s net worth.

Who is Dennis Hastert?

John Dennis Hastert was born on January 2, 1942 in Aurora, Illinois to a family that ran a farm supply business. Before entering politics (and later prison), Hastert was a wrestling coach and history teacher at Yorkville High School in Yorkville, Illinois, which started in 1965. His political career began in the ’80s and sure enough he began to rise in status and power, and eventually reached the highest level in the House as U.S. House Speaker in 1999. He eventually stepped down in 2007, after being the longest-serving Republican speaker and according to Politico, his net worth was between $4.0-$17.0 million. While most of his revenue came from real estate holdings, he had other sources of wealth, as well. Dennis Hastert’s wife is Jean Kahl and they got married in 1973. Dennis Hastert’s kids are sons Ethan and Joshua.

When Hastert, 75, was a teacher at Yorkville High School he sexually abused a fourth grade student. At the time, no one came forward and the student was never named in the press or court files, and is only identified as “Individual A.” In 2010, Hastert agreed to pay someone $3.5 million to hide his past crime. From 2010-2012, Hastert continued to make 15 withdrawals of $50,000 to pay the blackmailer a total of $750,000 and paid in lump sums of $100,000 in cash. From 2012-2014, he eventually learned that any amounts exceeding $10,000 were flagged, so he decided to withdraw cash in increments under $10,000 to evade suspicion. Unfortunately for him it was too late, since the FBI and IRS already started investigating for suspicion of violating banking reporting requirements.

In 2015, Hastert was indicted for lying to FBI agents (he claimed he withdrew all the money because he didn’t trust banks), and for trying to dodge bank reporting requirements. Hastert later pleaded not guilty and hired Thomas Green as his defense attorney. At the time of his sentencing, he apologized to the victim in court, for sexually assaulting him.

“I want to apologize to the boys I mistreated when I was a coach,” he said. “They looked (up) at me and I took advantage of them.”

Judge Thomas Durkin handed Hastert a 15-month prison sentence, of which 85 percent had to be served in a Minnesota prison, while the remaining time could be served in a residential re-entry management field office, based in Chicago. He also has to face two years of supervised release and lawsuits from other victims and their families that came forward with their stories. Normally the statute of limitations for the sex crime would have already expired, but the prosecution found other victims of Hastert while he was teaching.