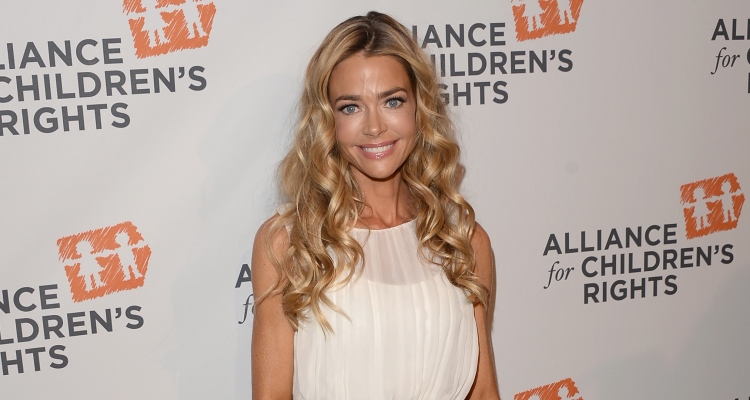 Throughout the mid to late 1990s, you couldn’t open any major magazine without reading at least one story about Charlie Sheen’s ex-wife, Denise Richards! But what is Denise Richards up to today? Keep reading our exclusive Denise Richards wiki to find out what she looks like now, who she’s currently dating, and what her net worth is!

Where is Denise Richard Today?

From her early days as a model to her versatile film and television roles, not to mention her tumultuous and short-lived marriage to the Two and a Half Men star, it suffices to say that she was very active and in high demand in the early days of her career. In recent years, though, she seems to have fallen under the radar while her infamous ex-husband manages to stay in the spotlight for one reason or another.

Denise Richards began her illustrious modeling career at the tender age of 19, shortly after graduating from high school in Oceanside, California. Originally from Downers Grove, Illinois, her family moved there when Richards was just 15 years old. Her modeling career began to take off almost immediately as she was whisked away to exotic locations such as Paris, Tokyo, and even New York City. In the early to mid 1990s, Richards began taking on small acting roles on TV shows like Saved by the Bell (1989-1993), Married…with Children (1987-1997), and Melrose Place (1992-1999) to name a few. However, it was her critically acclaimed roles in blockbuster movies such as Starship Troopers (1997) and Wild Things (1998) that helped make her a household name.

Wild Things poster. little did I know…. Btw we were actually laying in a pool that was only about 2ft deep for this shot #fbf #wildthings

In 2002, the beautiful actress married Charlie Sheen and then divorced him in 2006 for a plethora of reasons including his drug addiction and abusive behaviour. So, what has she been up to in the meantime?

Contrary to popular belief, Denise Richards has been keeping herself very busy since her divorce. Even though she hasn’t been in the public eye as much as she used to be, she manages to balance her time between raising her two daughters, Sam, 13, and Lola, 12, with Charlie Sheen, while continuing to take on minor acting roles here and there.

It’s also very obvious that Denise Richards loves spending time with her kids because she’s constantly being photographed in public with them, whether she’s taking them out to lunch or dropping them off at school. Despite her and Charlie’s chaotic divorce and the fact that she filed a restraining order against him in 2005, it seems they’ve managed to maintain an almost amicable co-parenting relationship for the sake of their kids. Denise Richards’s Instagram is full of pictures of the family spending time together, including these ones from the recent 21 Pilots concert they attended back in February.

Me & the Charles taking the kids to #21pilots

This is a cute picture of the whole family on their way to the concert back in February captioned, “Me and the Charles taking the kids to #21pilots”.

Charles I think the kids walked by pretending they don't know us. #concertwithmomanddad #twentyonepilots

Here she is at the 21 Pilots show sitting with Charlie Sheen. This one’s captioned, “Charles I think the kids walked by pretending they don’t know us #concertswithmomanddad #twentyonepilots.”

And she’s also close with Charlie’s kids from one his other failed marriages to Brooke Mueller. When the U.S government threatened to take away Sheen’s and Mueller’s young twin boys due to suspected drug abuse in the house, Richards quickly and heroically stepped in to care for them so they wouldn’t be thrown into the foster care system!

Happy 13th Birthday Sami!! I love you so much & I'm so proud of you. #tbt #birthdaygirl

Denise Richards doesn’t just lover hers and Charlie’s kids, she also has an affinity for animals, especially puppies! She regularly works with the dog rescue organization called Best Friends Animal Society and was even the spokesperson for their “Pup My Ride” initiative. The program removes dogs from high-kill animal shelters and transports them to safer areas with the goal of finding them forever homes.

Who is Denise Richards Dating Now?

Most women Denise Richards’ age might have trouble finding love again after having such a high profile failed marriage to Charlie Sheen and sharing kids with the Hollywood bad boy. In fact, she has been in quite a few relationships outside of Sheen. Given her track record, she seems to mostly be attracted to bad boys. The Illinois beauty has been linked to the likes of rock star Ritchie Sambora, John Stamos, Nikki Sixx, the late Paul Walker, and it was even rumoured that she dated Bradley Cooper back in 2009. She’s currently single, though, and focusing more on spending time with her kids and looking after her own interests, but we’re positive she’ll find love again when the time is right!

According to sources, Denise Richards is currently worth a cool $12.0 million, which isn’t too surprising considering last year she sold her Beverly Hills mansion for about $7.3 million! Looks like she’s doing pretty well for herself!