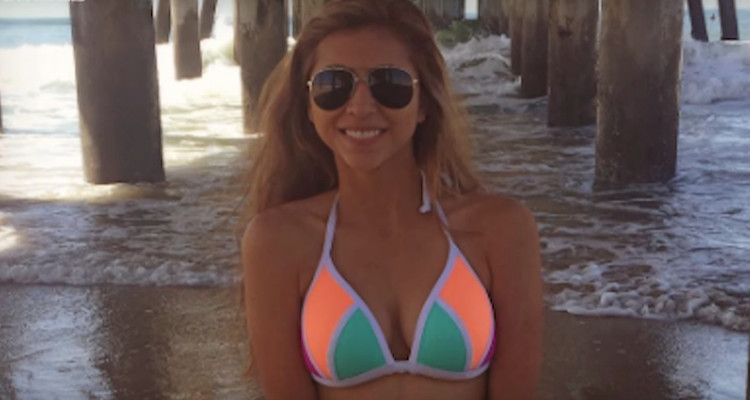 It appears Lonzo Ball has it all with a beautiful girlfriend and thriving NBA career. He’s also the face of Big Baller Brand, and now, he’s got a baby on the way! Lonzo Ball and his girlfriend, Denise Garcia, are expecting their first child together.

LaVar Ball might have to launch a Baby Baller Brand soon! The eccentric Ball patriarch is going to be a grandfather!

Ball’s 20-year-old son, Lonzo Ball, is expecting his first child with his girlfriend, Denise Garcia. The basketball player is both killing it on the court and flourishing in his personal life.

Like her Lakers boyfriend, Garcia is amazing at what she does. So, get the scoop on Lonzo Ball’s girlfriend with details from Denise Garcia’s wiki.

Who Is Denise Garcia?

Born on April 14, 1996, in West Covina, California, Denise Garcia’s age is 21. She graduated in 2014 from Chino Hills High School in California, the same high school the Ball brothers went to. In fact, Ball and Garcia were high school sweethearts!

The couple also has a lot in common. Like Ball, Garcia is the eldest of three siblings born to Gary and Patricia Garcia. She has younger siblings, Dayna and Gary Garcia.

Garcia was prominently featured on the Ball family’s Facebook reality series, Ball in the Family.

Denise Garcia is just as athletic as her hoops-shooting beau. She is a talented soccer player, standing at an impressive five feet, five inches. As the star of their high school soccer team, Garcia played midfield and was selected to the girl’s soccer varsity squad.

In high school, Garcia was named Defensive MVP in 2012. She was also named to the Second Team All-League twice, and once in the First Team All-League. She even coaches the girl’s soccer team at her former high school.

Garcia first attended Seattle University before transferring to University of California, Riverside. While pursuing a career as a registered nurse anesthetist, she continued to play soccer at UC Riverside. She is slated to graduate in 2018.

Unlike his father’s brash attention-seeking tendencies, Lonzo Ball is a fiercely private person. He’s not big on over-sharing on social media, either. His girlfriend is occasionally featured on his Instagram, though.

Garcia also likes to gush about her man occasionally. Their prom pictures were a hot topic on the Internet.

The soccer player was with the Ball family when Lonzo was drafted by the Lakers in 2017. She took to Instagram to celebrate the occasion in an adorable post.

Garcia confessed that she didn’t know who Lonzo Ball was when she first saw him. She didn’t know his name or that he was famous because of his dad. But the first time he caught her eye, he had her attention.

In one of Denise Garcia’s Instagram posts, she wrote that the Lonzo off the court is a more “incredible” person than when he is on the court.

Ball and Garcia make one adorable couple, and now they’re reportedly expecting a baby, too! The family is yet to confirm the pregnancy.

But knowing that LaVar Ball is not one to miss an opportunity to create a buzz, he might be going for a grand announcement!