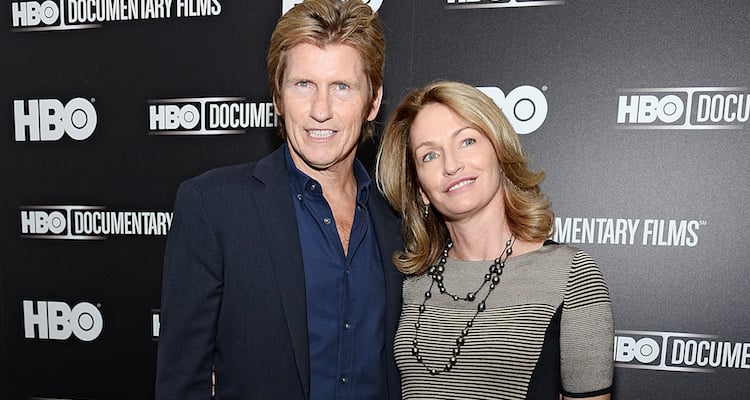 Who is Denis Leary’s wife? Many don’t know about actor Denis Leary and Ann Leary’s marriage, but they are making a few headlines lately. Fans of the actor want to know more about his life and what he and his family are up to. For more details, here’s a closer look with our Ann Leary wiki.

Who is Ann Leary?

Ann Leary’s age is 55 years old and she’s an author and radio show host. She was born on August 14, 1962 in Syracuse, New York. She married actor/comedian Denis Leary in 1989 and Ann Leary’s kids are John and Devin. She has written books such as: The Good House, An Innocent, a Broad, and The Children, A Novel.

She was an Alcoholic

According to the Daily Mail, the best-selling novelist went public about being an alcoholic and how it affected her family.

“My kids saw me drunk just once, at a Christmas party in our home, seven years ago. But the truth is that I am an alcoholic; part of me has always known this, and a day finally came when I could no longer turn to drunk-by-day Lee Remick in the film Days of Wine and Roses to convince me that I wasn’t. I was a quiet closet drinker. I drank at night. I just liked to drink a little wine after everybody else was asleep. And then I liked to drink a little more.”

She talked about how she started drinking when she was 14 years old, around the time her family moved to a New England town and how she drank with kids from around the area.

Ann revealed that she was a blackout drinker. She said that her husband never pushed her to stop drinking before but was relieved when she did, and went to counselling and sought treatment in Boston.

“I quit drinking in 1986, and didn’t have another drink for 14 years,” Ann said. “When I gave up, it was a tremendous relief to surrender to something that I had sort of known from the very beginning of my drinking. I drank differently from other people. I lost control when I drank. Friends had told me that many, many times, but I finally came to accept it as a fact rather than as an attack on my character.”

Her dependence on alcohol disappeared, as she no longer felt the need to drink and her blackouts eventually stopped, which helped her marriage.

She added: “As a result, my relationship with Denis improved. We got married and had two children. His career, first as a stand-up comic and then as an actor/writer/producer, took off and we were no longer broke.”

If you’re looking for Ann Leary’s photos, then her Instagram account is the best place to go. She has pics of her horse farm with Denis, her family, videos with their dog and other candid shots of her life.