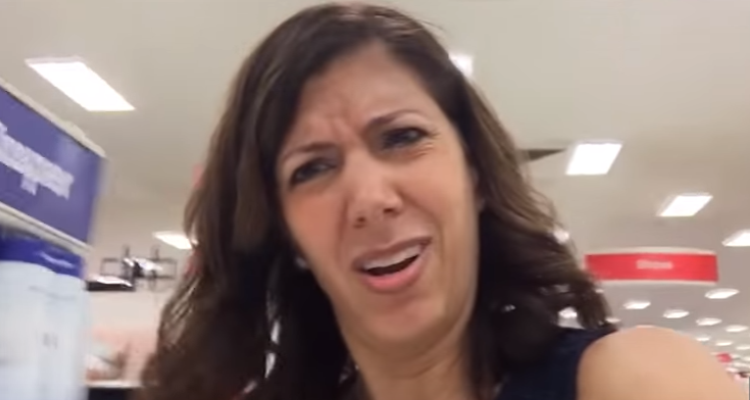 It’s back to school soon and there’s one mother who’s far more excited than her kids to hear that bell ring! “One Funny Mother” actor Dena Blizzard’s back-to-school video has more than 20 million views all over social media and it’s not hard to tell why. It’s simply hysterical, and she has every teacher backing her up! To learn more about why this now-famous mom is making the news, have a look at our Dena Blizzard wiki.

Dena’s age is 44 and she grew up in New Jersey. Dena Blizzard’s husband is Jim Blizzard and they have three kids: son Dean, a high school senior and daughters Jacqueline and Brooke, who are in 10th and 8th grade, respectively.

She was in a Beauty Pageant

“It’s kind of crazy,” said Blizzard to The New York Times. “I was graduating from Rowan University. I was thinking about going to medical school, and I knew I could play the piano and I could talk, so it’s like, O.K., let’s do this. I needed money to help pay for graduate school.” [She has a master’s degree in gerontology.] She admits, “But I was pretty awful.”

She added: “The first year nobody noticed me because I didn’t know what I was doing. But it was while going to events for Miss New Jersey that I began to realize I was funny, just not always on purpose.”

After hearing parents complain about having to buy supplies for their children, Blizzard took to social media to post a comedic video about how much she can’t wait to get rid of her kids when school starts. In the video, Blizzard goes on a supply run at her nearby Target and tells viewers teachers deserve it all, even a microwave.

“If there was a teacher that said, ‘you know what, I need some Tide, ‘I’ll get you some Tide. You can put whatever you want on that list,” she continued. “I have spent hours teaching my daughter math and history. I don’t know anything about history. And there’s a lady somewhere willing to teach my daughter about history and she wants a yellow binder? I’ll get that b**ch a yellow binder!”

Her Sister is a Teacher

Why did Blizzard make the viral video? She did it to show the world just how much she cares about her sister and how important her job is.

“My sister Nicole DelGaudio is a 5th-grade teacher at Thoroughgood Elementary in Virginia Beach, Virginia, and I see how hard she works for her students and her own kids. It’s not easy,” she said in a Today interview. “When I heard parents complaining, it just made me so mad.”

Blizzard’s youngest (Brooke) has some learning disabilities and she works with her daughter and values all that teachers do.

“I work so hard with my daughter to figure out her beautiful and lovely brain, so anyone that is willing to help me do that is my hero,” she said. “I’ll get them whatever they need. We are partners in educating my kids.” You said it, Dena! Check out what all the fuss is about below in her hilarious Target video!