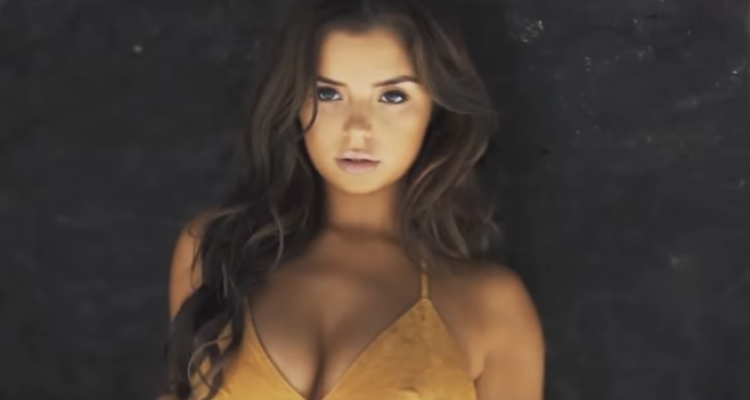 Demi Rose Mawby was born on March 27, 1995 in Birmingham, United Kingdom and was raised in the suburb of Sutton Coldfield, in Birmingham. She grew up in a middle-class family to Barrie Mawby, 78 (a former bank manager) and Christine Mawby, 61 (a former NHS wheelchair advisor).

Demi grew up shy but always loved the camera, and her parents were behind her modelling aspirations from the start. Christine, who is also disabled said to the Daily Mail:

“Demi Rose didn’t think she was quite good enough, but she excelled in beauty school and made it her made her ambition to pursue her dreams,” she added.

Demi lived in her parents £300,000 Sutton Colfield, Birmingham home and kept a low profile, but her parents still support her, despite the revealing nature of her career choice.

“We don’t mind at all. She always said she wouldn’t do nudity not that we’ve told her not to, her pictures are racy and suggestive, but she shows them all to us,” said Christine.

So, how did a sweet girl like Demi end up as the UK version of Kim Kardashian West? Well, like Kardashian, it all started with social media, and a dash of sex appeal. Demi was once a member of Taz’s Angels, an escort service managed by Taz (no last name)—who is described as “the black Hugh Heffner.” That’s actually how Tyga and Demi met, but more on that later. And did we mention that Taz is under investigation by the FBI? Don’t worry, Demi is safe and doesn’t seem to be bothered by her former mentor’s investigation.

Demi has over 3.0 million followers on Instagram and has a wide variety of seductive photos. If you can’t tell that there’s a striking resemblance between her career and appearance to Kardashian’s, then we don’t know what to tell you. Clearly, Tyga has a type and the two look very “Kim and Kanye” in several photos.

Demi also spent three years at Walsall College, where she studied health and beauty. When she finished, she realized she wanted to pursue a career in modelling, and that’s when she found herself working for Taz.

As we all know, Tyga and Kylie Jenner seem to always have their relationship status set to “it’s complicated,” and while things were complicated this year, Tyga found a way to lick his wounds. The rapper and model were together briefly, but it was long enough to earn her the girlfriend title. Don’t worry—she was of age when they started dating, but we wouldn’t be surprised if she had to show some I.D. first!

Tyga and the 21-year-old model met, courtesy of Taz’s Angels. The Angels are a group of beautiful young women who live together in a Miami mansion, and are mentored by Taz on how to achieve fame. Apparently, the classes work! Sadly, the relationship didn’t, and Tyga is now back with Jenner.

Demi recently posted some Instagram photos of her cover shoot with Sixty6 Magazine, where she appears to be wearing only a coat, underwear, and a hat. She also posed in some nude photos for the publication. Still don’t think she resembles Kardashian?

The model may pop up after searching “Demi Mawby plastic surgery,” linking to a recent article of Demi wearing a lace gown with a plunging neckline and long slit down the side. Are they real? We’ll let you be the judge.