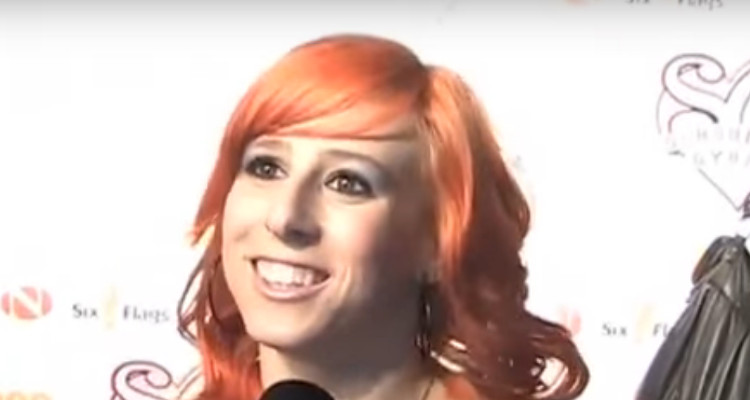 There is more to backup dancer Alex Welch than being the girl who got punched in the face by singer Demi Lovato. She is a fantastic dancer who has graced the stage with singers like Britney Spears, Miley Cyrus, and Justin Bieber and has also acted in several Hollywood films. She still dances with her dance crew Beat Freaks, and yes, she keeps a safe distance away from Lovato!

Singer Demi Lovato’s new documentary called Demi Lovato: Simply Complicated has just been released, and she has been honest on many issues about herself in it. One of them is her fracas with her one-time backup dancer Alex Welch that occurred way back in 2010.

You surely remember the headlines that came out back then like, “Demi Lovato Punches Backup Dancer.” People wanted to know more about Lovato punching a girl in the face on a plane. The problem between Demi Lovato and Alex “Shorty” became big news as it was one of Lovato’s “rock bottom” moments when she was struggling with her addiction problems.

Here are a few details from Alex Welch’s wiki.

In Love with Dance

Born on October 21, 1989, in Orlando, Florida, to parents who were both professional ballet dancers, Alex Welch’s age is 27 years. Welch was mostly raised in Salt Lake City, Utah, but also spent time in Los Angeles, California. Although her real name is Alex Welch, she is often called “BGirl Shorty” or simply “Shorty.”

People would be surprised to know that although Welch is a terrific dancer now, she started out as a dance hater. But, after seeing a head spin in a Christina Aguilera music video, she was simply taken in by the dance form and grew to love it. She quickly started learning dance, and thanks to her hard work, became accomplished at it.

Welch became a professional dancer and appeared on the show America’s Best Dance Crew season 3 along with her all-female breakdance crew called Beat Freaks. Welch was the youngest member of the group and is considered to be the most energetic and hyper member.

Welch made appearances in popular music videos and films such as Stick It, Date Movie, Bring It On: All or Nothing, Step Up 2: The Streets, and Prom Night.

Her dancing skills made her famous, and she became a backup dancer for Britney Spears’ Femme Fatale World Tour and The Jonas Brothers Live in Concert Tour.

In 2010, Welch got into a physical altercation with singer Demi Lovato while she was a backup dancer for the pop star.

"If only our eyes saw souls instead of bodies how different our ideals of beauty would be." #beonewiththeuniverse #balance #selfwork #ilovelove #endlessjourney #china #justme #sonynex3 ?: @nicolegrivera ✨??

Back when Lovato hit Welch in the face, she spoke to People magazine in December 2010 and said “We were on the plane with the Jonases having this awesome time and I didn’t get a call or text from Demi or a, ‘Hey, you got a problem with me,’ nothing. And she walks up and punches me and literally walked away and got in her seat. No one should walk up and do that and brush it over; it’s not right.” Welch also said “To this day, I haven’t got an apology. I’ve heard nothing. That’s sad if you think that person is your friend.”

So, what is Alex “Shorty” Welch doing now? Welch is still dancing with Beat Freaks and is also teaching, judging, and dancing on World of Dance.

Welch is a busy person, and she travels a lot with her dance group thanks to their numerous assignments. Of late, she has danced with several high-profile artists like Pink, Miley Cyrus, and Justin Bieber, setting the stage on fire with her moves.

The altercation between Welch and Lovato spelled doom for their friendship, and the two have not been in contact since. Both have moved on with their lives, but neither has forgotten that moment when their friendship turned to dust thanks to the infamous “punch.”

However, the important thing is that both Demi Lovato and Alex Welch learned from this incident, and they have continued doing what they truly love.