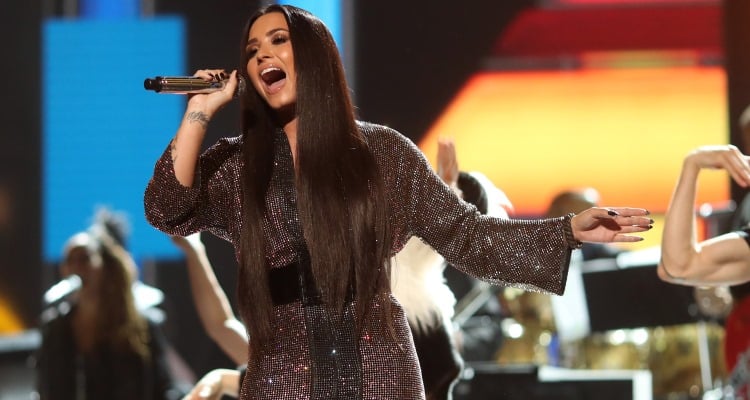 She may not have walked home with any awards like Adele, but in our eyes, Demi Lovato won the Grammys in so many other ways. And we’re not just talking about Demi Lovato’s see-through dress, either–which was jaw-dropping by the way!

Demi Lovato at The Grammys

She may not have taken home any gold, but the “Confident” singer won the red carpet and not-surprisingly, avoided the Worst Dressed List altogether, after last night’s Grammys in Los Angeles. Demi Lovato’s sexy outfit was actually inspired by her long-time friend, Nick Jonas. According to People, the Kingdom star encouraged her to let out her “sexy side” and show it to the world. Well, it worked, proving that these kids have come a long way since Disney’s, Camp Rock. 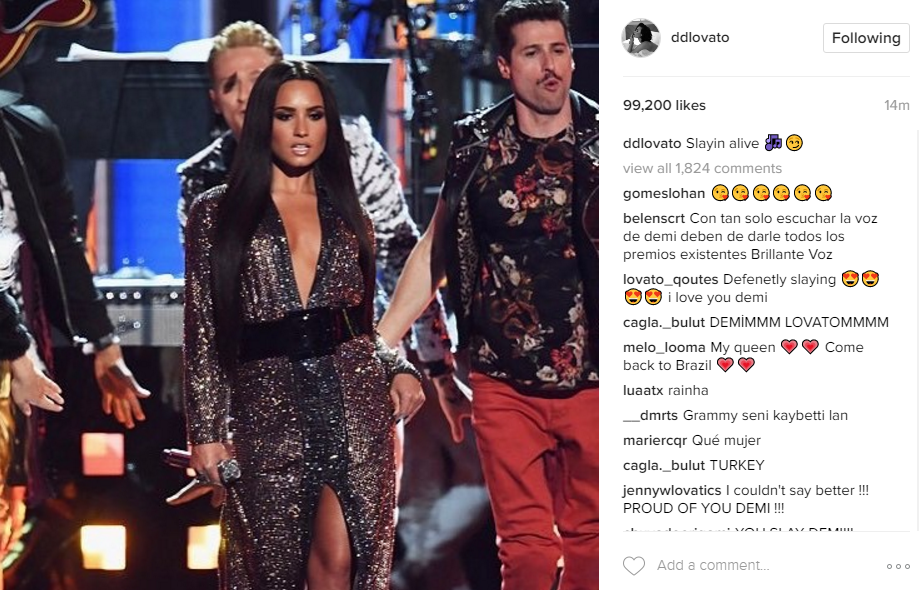 Lovato, along with Little Big Town, Andra Day, and Tori Kelly, sang an all-star tribute to iconic ’50s pop group, The Bee Gees. The performance honored the 40th anniversary of the group’s Saturday Night Fever soundtrack. Lovato sported long, straight black hair and a long sequin dress that made everyone take a second look. The action packed performance had everyone on their feet, and it was quite the pleasant surprise for many who were unaware Lovato was taking them back in time to honor the classic disco group. The hit singer’s Instagram post was captioned, “Slayin alive” in honor of her tribute to the group. And slay she did! Lovato should take advice form Jonas more often–sexy is always in style!