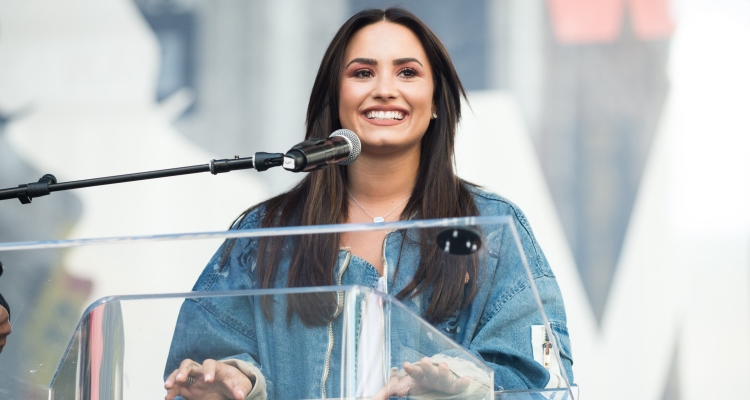 The 59th Annual Grammy Awards are almost here and Demi Lovato’s Grammy prep is giving us #workoutgoals. We love a good Demi Lovato workout as much as the next person, and the “Confident” singer took to Instagram to show fans exactly how she stays focused!

“My kind of Grammy prep,” the singer captioned her Instagram post. Demi Lovato’s Grammy prep has us wanting to go a few rounds on the bag, ourselves! The “Body Say” singer has been active in mixed martial arts for years now, and she uses it to help her stay fit and focused. There’s no shortage of Demi Lovato work out pics on Instagram and we’re happy to see her working on her technique! Wonder what combination she’s using? What we do know is that she was training at the Unbreakable Performance Center in Los Angeles, and they are doing a fantastic job of keeping her in shape! 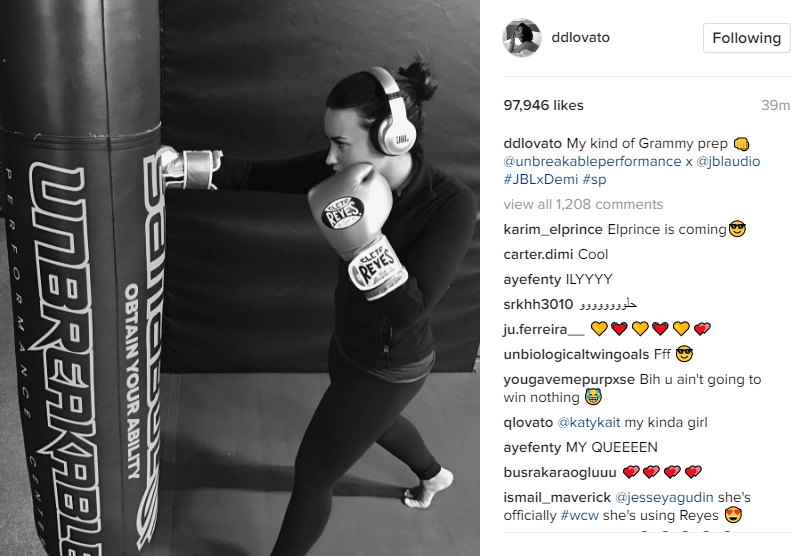 Demi Lovato at the Grammys

If you want to see more of Lovato, then you can see her take the stage at the 59th Annual Grammy Awards, hosted by The Late Late Show’s, James Corden. She’s being nominated for Best Pop Vocal Album and she’sset to take the stage to show fans exactly why she deserves the award! Get it, girl!