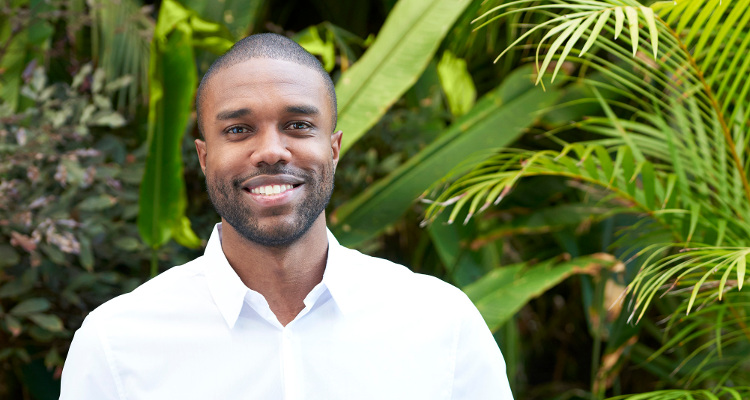 DeMario Jackson has managed to get himself embroiled in controversies on The Bachelor franchise. He got the boot from Bachelor in Paradise after a pool encounter with Corinne Olympios, which halted production and had fans wondering about the fate of the show. While Jackson still proclaims his innocence, the show resumed filming a couple of days later, without him.

Controversy sure seems to like DeMario Jackson! Whether it was getting kicked out of The Bachelorette season 13 by the beautiful Rachel Lindsay for allegedly not breaking up with his girlfriend, or being accused of misconduct during the filming of Bachelor in Paradise season 4, Jackson has managed to stay at the center of controversy. After his unceremonious exit from The Bachelorette season 13, he laid low for a while but still signed on to Bachelor in Paradise season 4. He had a hand in getting production shut down due to suspected misconduct. DeMario Jackson and Corinne Olympios were accused of engaging in a sexual encounter by a producer. This incident gave DeMario Jackson from Bachelor in Paradise a lot of negative publicity, and people want to know more about him. Here are some details from DeMario Jackson’s wiki.

DeMario Jackson’s age is 30, and he comes from Los Angeles, California. He is an executive recruiter for Michael Page and graduated in 2009 from the Fashion Institute of Design & Merchandising (FIDM) with a B.A. in product development. Jackson is 6’4″ tall and has no tattoos. He describes himself as a “party starter” who is “always blowing my whistle and making NOISE!!! Let’s fire it up, put on some Prince and party like it’s 1999!!!!” He openly admits that he loves being at the center of attention. Jackson says he does not have any phobias and insists that he is perfect. What makes him most proud is that he is a great older brother to his sister, saying, “Since my kid sister was born, I have taken pride in not only loving her but teaching her about life.”

DeMario Jackson’s ex-girlfriend, Alexis Thexton, pulled the rug from under his feet when she crashed a Bachelorette group date. She showed Rachel Lindsay some compelling texts, indicating that Jackson did not exactly break up with her before heading off to find love again. Not one to waste her time, Lindsay kicked Jackson off the show, and would not hear his side of the story when he tried coming back. The ousted contestant later spoke to E! News about the ordeal saying, “It was crazy from the last season with the fake girlfriend. I was the villain for this, straight up. I was nervous; I was sweating [coming onto Bachelor in Paradise].” It was worse for him on Bachelor in Paradise because of his alleged sex romp in the pool with Corinne Olympios! When filming for BiP resumed, Jackson was no longer on the show, despite allegations of misconduct being cleared. Whether or not DeMario Jackson’s sex tape is out there, people are trying really hard to find it!

Not Giving a Damn!

DeMario Jackson’s net worth has not been calculated. However, “any press is good press” rings true for the villainized Bachelor contestant, who has seen more press than nearly any other quickly-ousted contestant. DeMario Jackson’s Instagram account is a pretty colorful affair with pics of him having fun with his friends, spending time with his mother and sister, being on The Bachelorette, playing basketball, and having a few wild parties. It looks like he doesn’t let his twin exits from The Bachelorette 2017 and Bachelor in Paradise 2017 put a dampener on his mood!