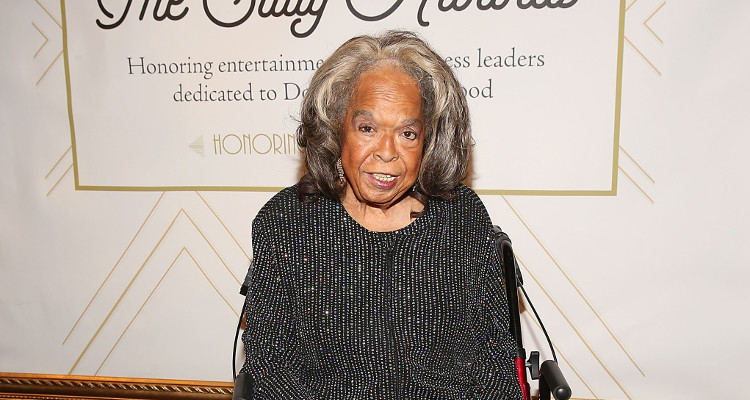 As Della Reese’s net worth stands somewhere at $3.0 million, she was one of the most multi- faceted personalities in Hollywood. She was an actress, songstress, game show panelist, one-time talk show host, and ordained minister all rolled into one. Her death is a huge loss and she will surely be missed by many.

The actor and singer passed away on November 19, at the age of 86. Della Reese’s cause of death is still unknown however, she was diabetic and some are wondering if that was a factor. Her death was confirmed news by her manager, Lynda Bensky. She leaves behind her third husband, to whom she got married in 1983, and their children. She was known for her kindheartedness, motherly nature, and warmth. We have everything you need to know about her in our Della Reese wiki.

Della Reese was married three times. Aside from her children with Franklin Lett, she also adopted two children: Deloreese Daniels Owens, who reportedly passed away in 2002; and Dr. James Barger. After her daughter’s death, Reese expressed her sorrow saying, “When it happened, I thought ‘It’s such an odd thing to die from,’ because pituitary problems aren’t something you hear about. It makes it harder because you don’t understand what happened. It seemed so strange and hard to explain. It still is, to be honest.”

Her first husband was a factory worker named Vermont Adolphus Bon Taliaferro, and the two got married in 1952. Though details of their divorce are unknown, we know that Reese married accountant Leroy Basil Gray, who had two children from a previous marriage, in 1959. Speculation surrounded their split, with some believing their union was annulled as Gray’s first divorce was not valid, while others maintain that he and Reece simply divorced. The year 1983 saw her getting married for the final time to a concert producer and writer named Franklin Thomas Lett, Jr.

Together, Franklin Lett and Della Reese have two kids: Dominique, and Franklin. Her current net worth is estimated to be around $3.0 million.

Della Reese’s Touched by An Angel role as Tess, the sarcastic but caring angel, was portrayed so beautifully that she was seemingly typecast in similar roles.

She was also a well known singer whose music reached commercial success. Della Reese’s songs even ranked on charts, with  “And That Reminds Me” being a Top 20 hit.

Della Reese’s movies included Psychic Killer, Harlem Nights, and Me Again. She also starred in TV movies, some notable ones being: Dear Secret Santa, Nightmare in Badham County, and The Secret Path. However. It was with Touched by an Angel that she was nominated for Golden Globe, Emmy, and Screen Actors Guild awards.