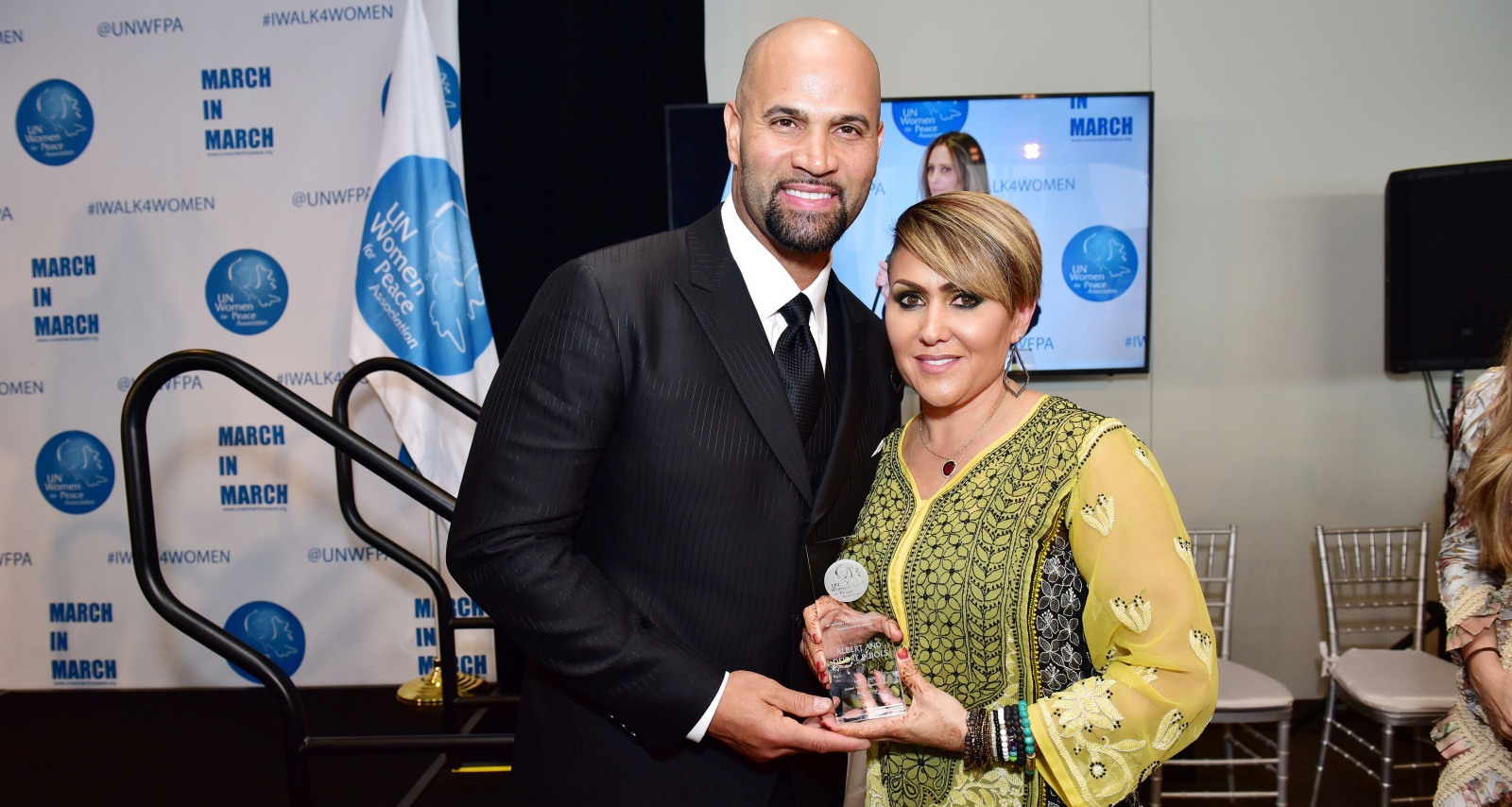 While Albert Pujols was returning to the St. Louis Cardinals in March 2022, his wife was preparing for brain tumor surgery. Days after her successful surgery, the MLB baseman announced he is filing for divorce. Deidre Pujols was known as Albert Pujols’ wife of 22 years and the one who led all his charitable efforts. Their divorce and the timing of their circumstances have surprised many of their followers, who admired them as a couple and as parents. We reveal more about Albert Pujols’ soon-to-be ex-wife in this Deidre Pujols wiki.

Born Deidre Corona on June 1, 1976, she hails from Roeland Park, Kansas. She is the daughter of Annette and Michael Corona.

She has at least one brother, Justin Corona. His work is based in both Kansas and California.

Deidre Pujols has dedicated most of her life to helping children and families. She is the founder of the Pujols Family Foundation, which she’s helmed since its inception in 2005.

Under it, she has spearheaded several initiatives like Open Gate International and Strike Out Slavery. The organizations help raise awareness about human trafficking and modern-day slavery, respectively.

One of her best-known initiatives is inspired by her love for Dominican cuisine. She is the CEO of Pujols Kitchen, which helps disadvantaged women in the Dominican Republic feed their families by providing them the necessary resources.

Not only does the family foundation enable adults with developmental disabilities to live independently, but Deidre also supports other such groups. That includes the Mission Project founded by her childhood friend. Deidre and Isabella served as honorary chairs of Mission Project’s fundraising event.

Albert Pujols raised Isabella as his own. The baseman is also known for his help to people with developmental disabilities.

Their eldest son, AJ, joined the family foundation as an executive board member. He attends the Vanguard University of Southern California where he was a part of the golf team.

Dominican-born Albert Pujols married Deidre Corona on January 1, 2000. Their family was based in California and in St. Louis, Missouri.

Deidre recently revealed on social media that a tumor was discovered in her brain in October of last year. In late March, she was preparing for surgery to remove the tumor.

Albert signed a one-year contract with the St. Louis Cardinals around this time, and arrived to camp while Deidre got the surgery. He spoke about her surgery, but had no plans to return to California where Deidre was. He revealed that her mother and family were there to support her.

Deidre’s surgery was successful and she took to social media to update her followers about her health.

Only a few days later, Albert Pujols announced through a statement released by his agent that he is filing for divorce from Deidre. He admitted that the timing is not the best, but said that this decision was not sudden. He also said that they are both committed to co-parenting their five children.