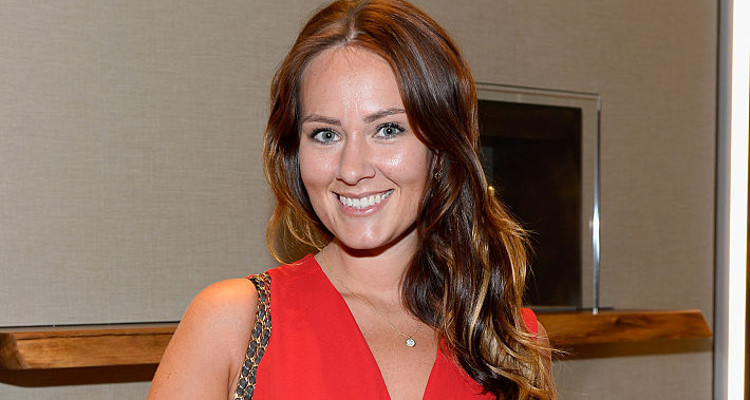 All eyes will be on Irish boxer, Conor McGregor as his fight against Floyd Mayweather is confirmed for August 26, 2017. But who is the woman and inspiration behind the mixed martial artist from Ireland? Here are all the interesting details you need to know about Conor McGregor’s girlfriend, Dee Devlin.

MMA’s most anticipated fight will take place on August 26, 2017 in Las Vegas. It seems like Conor McGregor has already started preparing for the big day. About the fight, UFC president, Dana White said, “We’ve been in negotiations now for a while and to be honest the negotiation went smooth. We got the thing done. The impossible deal is now done.” She further added, “Conor McGregor is a guy who’s done a lot of good things over here for the sport and this company and he wanted this and the fans wanted it too. I talked to Conor McGregor this morning. He is absolutely 100 per cent positive that he wins this fight and I stopped doubting Conor McGregor a long time ago. Floyd Mayweather is 40 years old, he’s always had problems with southpaws. Conor McGregor is 27 and he is a southpaw. Whenever Conor hits people, they fall.

McGregor is preparing for the fight by training hard. His longtime girlfriend is there by his side and is ensuring that her boyfriend is ready for the big day. Who is Conor McGregor’s girlfriend? Keep reading for facts about Conor McGregor and Dee Devlin.

Also Read: Machine Gun Kelly’s Girlfriend in 2017: Who is He Dating?

Thanks so much @pinupgirlx for this fab kimono!! #loveit ❤️

Dee Devlin’s age is 28 and she was born in Walkinstown, Dublin, Ireland, which is only a few hours away from McGregor’s hometown of Crumlin.

McGregor and Devlin have been in a relationship for eight years now. They met at a nightclub in Dublin and hit it off instantly. By the looks of it, Devlin is her boyfriend’s biggest fan and supporter. She decided to quit her job to support him and travel with him. Soon after, McGregor hired his girlfriend as an official member of his team. Now, her job is to manage his finances and she often helps him train.

Conor McGregor is so in love with Devlin and constantly says that he owes his achievement to his long-time girlfriend. During an interview, he said, “My girlfriend worked very hard throughout the years and stuck by me when I had essentially nothing.” He further added, “I only had a dream that I was telling her. For me to be able to take her out of work, give her everything she’s ever wanted and to travel the world with her fills me with pride. It keeps me going.”

Dee Devlin is Proud of Her Boyfriend

When Dee Devlin was asked about what she thinks of McGregor’s success, she responded with, “He’s always been super confident, we always knew this was going to happen  —it was nearly like we were predicting the future.

Although Devlin is supportive of her boyfriend’s career, there are times when the 28-year-old gets nervous when McGregor goes in the ring, “I find I’m more nervous now —the first time I went to see Conor fight there was 50 people in a room, and I thought ‘There’s no way you can be more nervous than this’ but each time it’s just getting that more and more nerve-wracking. Especially watching someone you care about getting in the ring —it definitely gets me in the gut I have to say.”

Devlin also supports her boyfriend in the smallest ways possible, “I definitely try to help him out all the time, even without realizing it —especially around a fight because it’s such a tough time with his weight. I cook, clean, pack his gym bag, all that kind of stuff.”

On May 5, 2017, Dee Devlin and Conor McGregor welcomed their first child, a healthy and adorable baby boy named Conor McGregor Jr., who weighed 8 pounds and 14 ounces. They announced the birth of their child on Instagram, as McGregor wrote, “Dee and Junior are doing great everyone! Thank you for all the kind words, I am one proud and blessed Daddy.” The proud parents have already set up an Instagram account for their baby. It looks like little Conor Jr. is already famous as he has over 67,000 followers and the blue checkmark of authenticity!