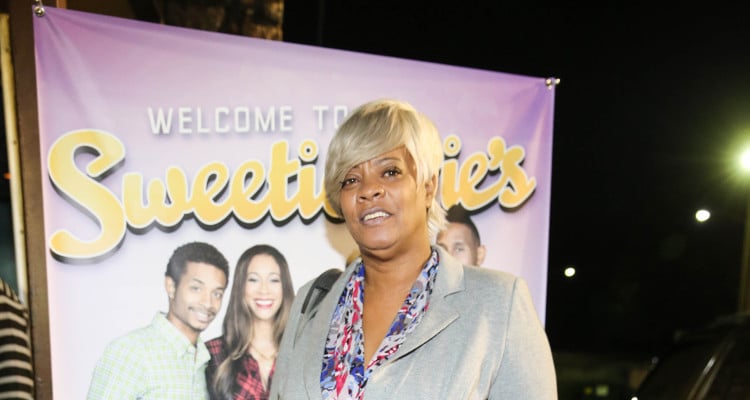 Debra Antney has made regular appearances on Love and Hip-Hop: Atlanta with Tammy Rivera. And she’s been in the center of a little drama too, with a new show coming soon. With her reality TV stints, you wouldn’t be able to guess that she launched quite a few hip-hop artists’ careers.

When Debra Antney was on VH1’s Love and Hip-Hop: Atlanta, she didn’t disappoint when it came to drama. She has now joined the cast of WE TV’s Growing Up Hip Hop: Atlanta with Bow Wow, Lil Wayne’s daughter Reginae Carter, TI, Jermaine Dupri, and aspiring music manager Brandon Barnes. Barnes probably has a lot to learn from Antney, who has made a career in the hip-hop business, but the two are constantly butting heads. Here’s more about the woman behind some of the best hip-hop artists in our Debra Antney wiki.

Debra Antney was the founder and chief executive of the music management company, Mizay Entertainment based in Atlanta. She has come a long way to find success in the business. It is said that she had a rough childhood and sold drugs with her drug-addict father to make ends meet. She was the lookout, while he would make the sale.

Now, as a successful manager, Debra has earned a net worth of $10.0 million!

Some of her famous clients include French Montana, Gucci Mane, Nicki Minaj, and her own son Waka Flocka Flame. She launched both Waka Flocka and Minaj’s careers. Antney is perhaps proudest of Nicki Minaj’s work and success, and doesn’t see anyone comparable to her as an artist.

#2. She Launched Her Sons’ Careers

The 55-year-old is also close to her daughter-in-law, Tammy Rivera, who often appears on L&HH. Hip-hop’s most successful manager is also a grandmother to Redd’s daughter, Ittila Scott!

#3. Her Son Killed Himself

In 2013, KayO Redd was found dead near his home from what appeared to be a self-inflicted gunshot wound. His death was ruled a suicide and his family explained the reason shortly after the incident.

According to Antney and Waka Flocka Flame, Redd was under a lot of stress from interactions on the Internet. His death led Antney to start Pledge No RIP (Reckless Internet Posting). According to the movement’s website, “A weight that weighed heavily on KayO and his family were the evils of the internet and the reckless, thoughtless people who spread vicious rumors and fed into harmful gossip regarding his mother and other members of their family.”

After Redd’s death, Antney found out that he had a daughter, Ittila Scott. Ittila’s mother is not known, and the child is reportedly under Debra Antey’s care.

Her former client, Gucci Mane, was a frequent collaborator of Waka Flocka Flame. But when Mane was dropped by Brick Squad Records, which he founded, the two rappers engaged in a Twitter battle. Soon after their falling out, Mane filed a lawsuit against Waka Flocka, Debra Antney, and three others. He accused them of fraud, racketeering, and breach of contract.

According to Gucci Mane, Antney took control of his 1017 Brick Squad Records, LLC. without permission, and used it to create three separate offshoot labels, taking more than the 20% management fee. There were many more conflicts between Mane, his manager, and her son, but Waka Flocka later revealed that they buried the hatchet. The details of the lawsuit weren’t disclosed.