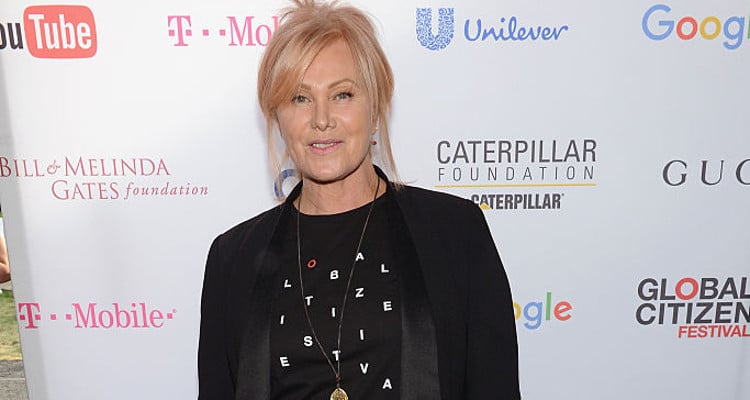 Logan is all set to hit theaters next year and recently the cast and crew of the movie have been revealed. In a tweet last week, Hugh Jackman revealed that the title of his third and final Wolverine series would be called Logan.

His new movie is reportedly set for release sometime in March, and we have no doubt Wolverine fans are salivating with excitement to see this latest installment! We are sure you already know quite a bit about Wolverine star, Hugh Jackman, so how about we learn a little about Hugh Jackman’s wife, Deborra-Lee Furness.

Initially, Furness was against her husband’s decision to play the role of Wolverine, however, she later accepted it and has supported her husband as Wolverin ever since. Just look how far the franchise has come now!

Jackman and Furness met each other in 1995 and fell in love on the set of Australian TV show, Correlli. There is a lot more to her than just being Hugh Jackman’s wife.

Furness was born on December 8, 1955, in Sydney, New South Wales, Australia, but she was raised in Melbourne. For those of you wondering about Deborra-Lee Furness’ age, then you should know that the beautiful Australian actress is 60 years old. She was interested in acting at a very young age and decided to pursue her passion further. She attended acting school at the American Academy of Dramatic Arts and graduated in the early ‘80s. Before she moved back to Australia, she performed in several stage shows in the United States.

Furness has been involved in many movies, but her career got a kick start in 1988 when she starred in the film, Shame. Her acting was outstanding in the film—she even won the Best Actor Award from the Film Critics Circle of Australia and Golden Space Needle. She has worked in several other films such as Jenny Kissed Me, Cool Change, The Humpty Dumpty Man, Evil Angels, Two Brothers Running, Celia, The Last of the Finest, Voyager, Waiting, Angel Baby, Sleepwalking, Beautiful, Blessed, Legend of the Guardians: The Owls of Ga’Hoole and Dukale’s Dream.

Apart from movies, Furness has also been a part of several television shows, including Prisoner, Neighbours, The Flying Doctors, Glass Babies, Stark, Correlli, Fire and This Is Your Life.

Jackman and Furness met each other in 1995 on the set of Australian TV series, Correlli. They dated for one year before tying the knot in 1996. It was a simple ceremony held at St. John’s in Toorak, Victoria, which is a suburb of Melbourne.

Furness suffered two miscarriages, so the couple decided to adopt children instead. They first adopted their son, Oscar Maximillian, and later on, they adopted their daughter, Ava Eliot.

The Australian actress’ net worth is no less than her husband. She earns a good amount of money by producing and acting in several TV shows and movies. Like other actors, she also has income from endorsements and sponsorships.  Apart from acting, she also does a lot of charity work. She invests her time and money to fight for children’s rights in Australia and all over the world.

It comes as no surprise that Hugh Jackman fell for such an astonishing lady like Deborra-Lee Furness. May they stay happily together and continue producing blockbuster movies!