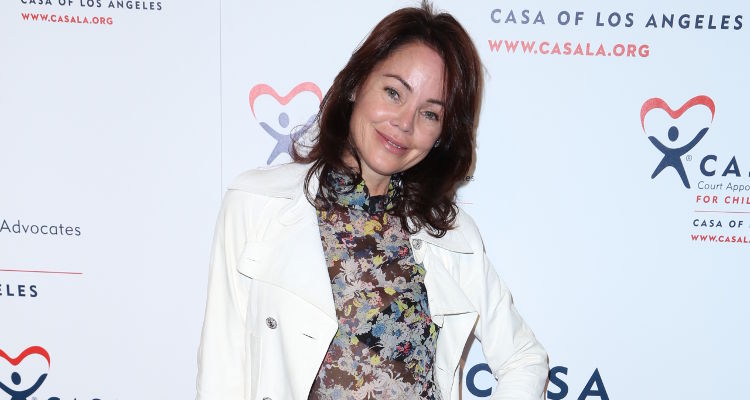 Now that Luann de Lesseps is days away from marrying Tom D’Agostino, controversy comes a-knocking in the form of Deborah Driggs! Lesseps got most of the attention on The Real Housewives of New York since her engagement to D’Agostino, but fellow ‘Housewife,’ Bethenny Frankel dished out evidence that she caught D’Agostino kissing another woman in a Manhattan hotel, just two days before his engagement party with Lesseps! The other woman is identified as Deborah Driggs. Unfortunately, Frankel was made out to be the antagonist in return. Lesseps spoke to the public after this incident and said she forgave D’Agostino for his “mistake,” since it was only a kiss. However, the mistress, Deborah Driggs said to OK Magazine that her relationship with Tom D’Agostino was more than one “kiss”.

Driggs told the magazine that she met D’Agostino at a dinner party in 2009, and that they have hooked up on-and-off again since then. She said that their last romp was in a L.A. Hotel in May this year, just a few months after the engagement party debacle in New York! Driggs said that despite the big engagement blowout and Lessep’s forgiveness, she and D’Agostino still keep in contact. Now, that might pose some problems, especially as the Lesseps-D’Agostino New Year’s Eve wedding day approaches! Driggs alleged that D’Agostino doesn’t look happily engaged.

This isn’t the first time news about Tom D’Agostino’s affair has surfaced. In the past, D’Agostino was also involved with Lessep’s other fellow ‘Housewives’, Sonja Morgan and Ramona Singer.

So, who is Deborah Driggs outside of being Tom D’Agostino’s mistress? Here are some facts about the 52-year-old.

According to her IMDB page, Driggs was born and raised in Oakland, California. She used to be a figure-skater, performing for audiences throughout the Los Angeles area, but quit in her teens due to the pressure. She attended Leuzinger High School and graduated in 1982 and was active as a cheerleader throughout college, not to mention Homecoming Queen.

Driggs pursued modeling after college and was chosen as the Playboy Playmate of the Month for the March 1990 issue. She posed for several issues for the magazine. Her modeling opened many avenues for her and she landed a few acting jobs in movies like, Martial Law 2: Undercover (1991), Total Exposure (1991), Class Cruise (1989) and Twogether (1994). Currently, Driggs works in the life insurance and real estate fields. She co-authored a book with Karen Risch titled, Hot Pink: The Girl’s Guide to Primping, Passion, and Public Fashion.

Driggs was married to Olympic Gymnast, Mitch Gaylord from 1992 to 2003. The couple had three children: Kevin Tyler, Madeline Rae and Bailey.

The former Playmate is close friends with Caitlyn, formerly known as Bruce Jenner. They met years ago through Mitch Gaylord when Caitlyn was still Bruce, an Olympic athlete. Driggs had become emotional when Bruce transitioned to Caitlyn and said he was saving lives by becoming a role model.

Driggs is connected to the ‘Housewives’ franchise in more ways than just having an affair with a Housewife’s fiance. Driggs was present at the birthday celebrations of Dorit Kemsley from Real Housewives of Beverly Hills and is also friends with Eden Sassoon, of the L.A. version of the show.