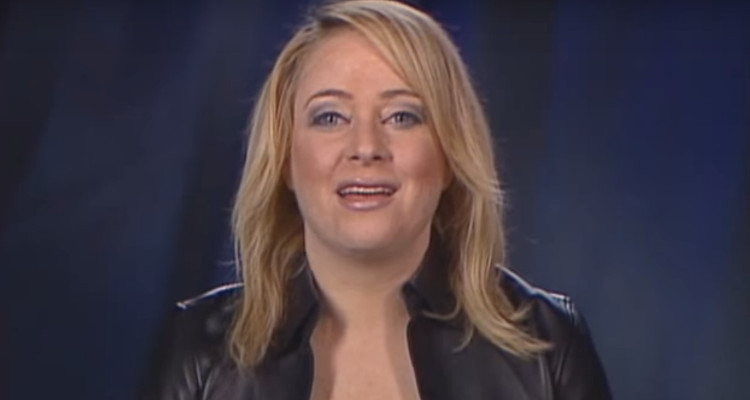 Sean Hannity is the latest Fox News anchor to be at the receiving end of sexual harassment claims. The accuser, Debbie Schlussel, makes regular appearances on the network. If you’re curious to know about her, you’ve come to the right place.

#1. Who is Debbie Schlussel?

According to her web site, Schlussel is a political commentator, radio talk show host, columnist, and attorney. The 48-year-old has had her work published in the New York Post, The Wall Street Journal, The Washington Times and The Jerusalem Post, just to name a few. She’s also a member of the Detroit Film Critics Society and doubles a movie critic online and on the radio. She is the official movie critic of the Larry the Cable Guy show on Jeff & Larry’s Comedy RoundUp Channel/Great American Comedy XL Channel on SiriusXM.

There’s no word on whether she’s married or who is her husband. Though most of her non-political life is unknown, we come to know her father, HL Schlussel passed away of pancreatic cancer through her blog post.

In the political field, she ran for the Republican nomination for the 4th District (Oakland County) of the Michigan House of Representatives in the 1990. However, she lost Barbara Dobb by a single vote from around 8500 cast. It might have been a big disappointment losing by a single vote. That’s why she cried foul.

Schlussel claimed voter fraud led to her defeat. She accused her opponent’s family of impropriety and the judge who ruled on the issue. The judge was known to Dobb having represented her in a previous case. Schlussel lost the election for a second time in 1998 against Marc Schulman.

The Conservative has some pretty strong opinions about regarding American Muslims, sexual assault victims, Polish people, illegal immigrants, female athletes, and Holocaust survivors. Her web site will give you a list of the kind of impact her political pieces have had. Her YouTube channel has videos where she shares her political views.

A column in the New York Post had an FBI award to  Imad Hamad, a former Popular Front for the Liberation of Palestine revoked. Schlussel has alleged that leading American politicians, like Barack Obama and Republican Fred Thompson, have connections with radical Islam. She criticized President George W. Bush for alleged ties to the Council on American–Islamic Relations. She also chastised Americans taken captive by terrorists abroad and made controversial comments against Muslims.

We know Sean Hannity for his radio show, his Fox show, and as a supporter of President Donald Trump. Now he’ll be known as the next Fox anchor to be accused of sexual harassment. After Bill O’Reilly’s scandal, FNC staffers were worried the sexual harassment claims against O’Reilly were only the beginning. Sure enough, Debbie Schlussel told radio host Pat Campbell that another Fox bigwig made advances towards her.

She said in the interview that he repeatedly invited her back to his hotel room during an event in Detroit. “He had some event at a bookstore where he signed his book for people standing in line. He asked me to come meet him at this book signing,” she told Campbell. “So I met him there and it was very awkward. He had me stand up there with him while he signed books and I felt very weird. These people don’t know me and they didn’t come for me to sign their books. So then I left to get ready for the show and he said, ‘Why don’t you come back with me to my hotel?’ and I said no, I have to get ready for the show.” He reportedly propositioned her a second time on his show.

The anchor on his part denied the claims, “LET ME BE CLEAR THE COMMENTS ABOUT ME ON A RADIO SHOW THIS WEEK by this individual ARE 100% false and a complete fabrication. This individual is a serial harasser who has been lying about me for well over a decade. The individual has a history of making provably false statements against me in an effort to slander, smear and besmirch my reputation,” he said in a statement.

And just when you thought this was going the O’Reilly way, Schlussel suddenly backtracked on her allegations. While she stands by her description of the incidents, she doesn’t think what happened between them can be legally defined as sexual harassment. “I would never accuse him of that,” she says calling what he did “creepy”. Adding more context to what she said earlier, “He tried to get me to go back to the hotel after the show after he and his executive producer Bill Shine treated me horribly,” she clarified he meant the hotel and not his hotel room.

On Hannity calling her a “serial harasser”, she says it’s laughable and is contemplating counter-suing him for defamation. Following her sexual harassment allegations, Schlussel claims she has been “banned from Fox News.”