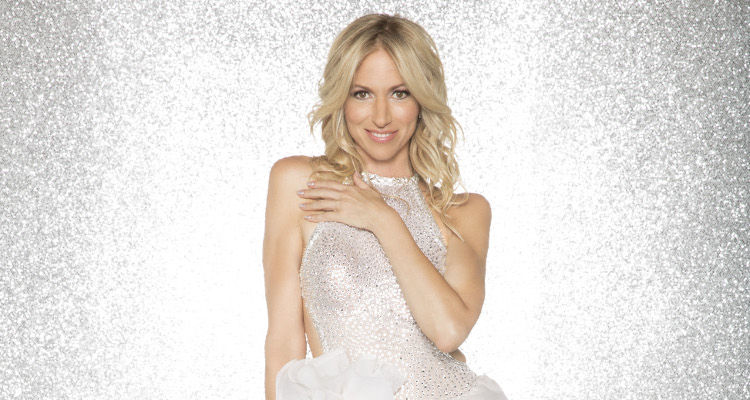 Debbie Gibson, the chart-topping hitmaker, is making her ballroom debut with Dancing with the Stars season 25. She’s making a comeback since struggling with her illness alongside her pro partner, Alan Bersten.

Debbie Gibson is in the ballroom! The musician is donning glittery costumes and heels to cha cha in Dancing with the Stars season 25.

Joining Debbie Gibson on Dancing with the Stars is Alan Bersten, a first-time pro who was previously part of the DWTS troupe. Gibson has fought all odds to compete in the show and is a strong contender. Find out about her struggle in Debbie Gibson’s wiki right here.

The daughter of Joseph and Diane Gibson, Deborah “Debbie” Gibson was born in Brooklyn and raised in suburban Merrick, New York. When she was five years old, she became a student of Morton Estrin, one of the greatest pianists alive who taught musicians like conductor John Mauceri and the “Piano Man” himself, Billy Joel.

She soon proved herself to be a prodigy in composing music. At the mere age of six, she wrote her first song, “Make Sure You Know Your Classroom.” By fifth grade, she composed an entire opera called “Alice in Operaland.”

At five years old she began performing and started acting in community theater productions. Then at eight, she joined the children’s chorus at New York City’s famed Metropolitan Opera House.

She built a makeshift studio in the garage of her family home and began writing and recording music. She won $1,000 at a songwriting contest with an original composition, “I Came from America.”

Realizing her potential for a music career, her parents hired Doug Breitbart as her manager to help her arrange and produce her own music. By the time she turned 15, Gibson had recorded over 100 original songs.

#ThrowbackThursday to my #homestudio in #LongIsland circa #1991. ??

Before Breitbart, her mother, Diane Gibson, was her manager and booked her for a promotional tour performing in clubs. Before even graduating as an honor student from high school, she found success as a teen pop star with hits like “Only in My Dreams,” “Shake Your Love,” and “Foolish Beat.”

With “Only in My Dreams” making it into the Billboard Hot 100, she snagged a record deal with Atlantic Records. With producer Fred Zarr, she recorded her debut album Out of the Blue in only four weeks. Her second single, “Shake Your Love” had a music video choreographed by Paula Abdul.

“Foolish Beat” topped Billboard charts making 17-year-old Gibson the youngest artist in the history of music to write, perform, and produce a No. 1 single, a record that no other artist has broken to date. After high school, she released her second album, Electric Youth, which held the No. 1 spot on the Billboard 200 chart for five weeks.

With Gibson’s music, her fashion made her a trendsetter among ‘80s teens. You can’t imagine Debbie Gibson without her trademark black bowler hat. She popularized tight, rolled-up jeans, vests over a T-shirt, and friendship bracelets. She released a perfume called Electric Youth through Revlon, and a makeup line through Natural Wonder Cosmetics.

#onthisday in #1987 my second single from my debut album #OutoftheBlue was released! #doubletap if you want to #shakeyourlove. ❤️ #swipeleft ⬅️➡️ #swiperight

After the success of Electric Youth, Gibson’s subsequent albums didn’t crack the charts. So she took a hiatus from music to reinvent herself as an actress. She made her Broadway debut in the 1992 production of Les Misérables, and travelled to London to make her West End debut in Grease that sold out all performances during its nine-month run.

She was part of Grease once again, this time in the U.S. production before returning to Broadway as Belle in Beauty and the Beast. Now an established musical star, she landed leading roles in productions like Chicago, Cabaret, and Cinderella. With her pop music and theater success, Gibson has earned an estimated net worth of $5.0 million.

In celebration of #OOTB30, one of my fave looks from that time! #tbt

Gibson was once engaged to a man named Jonathan Kanterman. However, they broke up and she has since been dating Rutledge Taylor, the secret behind Gibson eternally youthful look even at 47. He’s a doctor who specializes in preventive medicine and she credits him with keeping her young.

Dr. Taylor especially helps Gibson stay fit and healthy for her busy schedule with a strict diet and exercise regimen. “I won’t say it was easy,” said Gibson, “but it was really effective. He really came up with something that worked for me.”

My bundle of joy Joey came to me as an early arrival day present and made my life so much better! Thought today was the perfect day to share him with all of you ! ❤️?? Love seeing all your posts with #hbDebbieGibson. #pupstarjoey

Nobody Puts Debbie in a Corner

The former teen sensation had a clean image but confessed to Oprah Winfrey on Oprah: Where are They Now about her past drug use. She said that learning Prince’s death could be drug-related was an eye-opener for her.

Gibson overcame her addiction problems but had another health issue to fight. In 2013, she revealed she was diagnosed with Lyme disease. She experienced debilitating pain, weight loss, and joint aches among other symptoms over the years. After fighting the illness, she’s making her first major comeback on Dancing with the Stars with first-time pro, Alan Bersten.

“This is like a coming-out party. I’ve continued to perform here and there but I’ve been really scared to do something of this magnitude because I have unpredictable symptoms,” said Gibson.

Her DWTS preview showed her struggling with pain during rehearsals. Nevertheless, Team SonBerst foxtrotted to Debbie’s song, “Lost in Your Eyes” and impressed the judges with their chemistry. For her outstanding effort, she earned a score of 17 putting her in the middle of the pack.

Watch Team SonBerst dance their way to the top on Dancing with the Stars every Monday at 8:00 p.m. EST on ABC.

#Repost @dancingabc (@get_repost) ・・・ Totally lost in the beauty of @debbiegibson and this dance! What did you think of @alanbersten's debut choreography? #DWTS