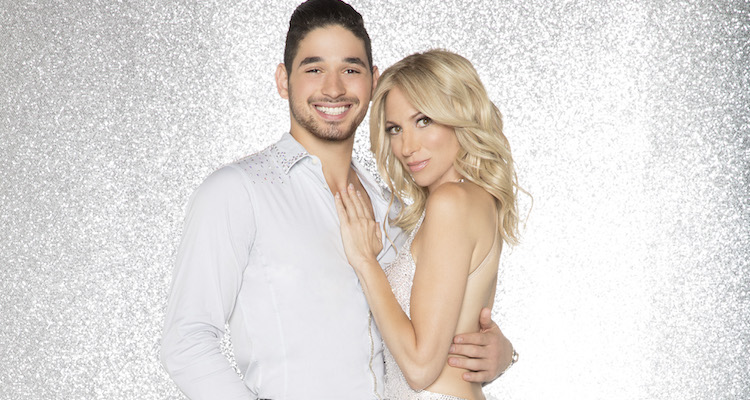 Now that the Dancing with the Stars cast has been revealed, fans of the hit competitive dance show can’t wait to learn more about its celebrities and their new partners! Some are especially excited to see dance team Debbie Gibson and Alan Bersten on Dancing with the Stars this season, and we wonder how far they’ll go. If you want to know more about Debbie Gibson and Alan Bersten on DWTS 2017, then don’t go anywhere!

Debbie Gibson on Dancing with the Stars

This season is singer Debbie Gibson’s DWTS dream come true and she can finally scratch being a DWTS contestant off her bucket list!

“From the first season of the show with Joey McIntyre, I wanted to do it,” the singer told People. “It’s such a positive show, and I always thought it would be fun! But the timing just wasn’t right.”

Now, fans get to see the ‘80s singer live out her dream and show us what she’s got on the dance floor!

In case you didn’t already know, Gibson has been fighting Lyme Disease for years but she plans on doing her best this season, despite her limitations.

“It’s a different challenge,” she said in an interview with People. “I can’t be cavalier with my body. I can’t just push myself without thinking what what happens next. [Lyme Disease] can affect my stamina.”

But don’t worry, because the singer knows her limits and she’s not about to let anything stop her from winning the Mirrorball Trophy.

“I’ve always been in tune with my body,” she continued. “But the last few years have helped me learn where I can push my limits. I’m going to choose to think of that as an advantage!”

Alan Bersten on Dancing with the Stars

This is Alan Bersten’s DWTS debut as a pro dancer and not just a substitute, which means he has a lot to prove. But one thing many may not know about the Minnesota native is that he once returned to the wrong beach on a family vacation.

“I went kayaking with my friends while on a family vacation in the Dominican Republic,” Bersten told Us Weekly. “We ended up returning to the wrong beach and our families got scared. So the hotel sent out a search and rescue team. I remember laying on the beach and seeing helicopters everywhere wondering what happened! Once we got back to our families my mom and dad started yelling at me and basically grounded me during a vacation.”

But don’t worry, he comes from a family of dancers and has much better coordination when it comes to the dance floor. This may just be the year that Bersten finally gets his hands on the trophy (along with Gibson)! At the end of the day, win or lose, Ballas just loves to dance, and he couldn’t be happier about his return to the DWTS stage with his new partner. The two are said to be doing the foxtrot to Debbie Gibson’s “Lost in Your Eyes.” Photos have leaked online about the season’s opening number and it involves a lot of silver and sparkle!