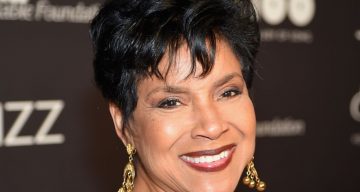 Depending on your age, Debbie Allen’s sister, Phylicia Rashad is an incredibly familiar face. For eight years she was in our households every week as “Clair Huxtable” on The Cosby Show, followed by another 4 years on Cosby. Beyond the association with those shows, Rashad has appeared in shows and movies of all types and genres. She’s even appearing in a huge budget superhero movie next year! In this Phylicia Rashad wiki, we’ll take a brief look at Rashad’s life and career. From her children to her husband and even Phylicia Rashad’s net worth, we’ve got you covered. And what is the relationship between Phylicia Rashad and Debbie Allen? We’ve got everything you need to know.

Phylicia Rashad was born Phylicia Ayers-Allen on June 19, 1948, which makes Phylicia Rashad’s age at 69. She was born in Houston, Texas by her mother, Pulitzer Prize-nominated poet, playwright, and publisher Vivian Ayers and her father, Andrew Arthur Allen, an orthodontist. Alongside her were her three other siblings; jazz musician Tex (born Andrew Arthur Allen Jr.), dancer, producer, choreographer, actor Debbie Allen, and real estate broker Hugh Allen. At one point, the entire family lived in Mexico and as a result, Rashad can speak fluent Spanish.

For the Love of Theater

Rashad has always had a love of the theater and got her first big break on Broadway as an understudy in a production of Dreamgirls. She would steadily move her way up the theater ladder reaching a high point in 2004 winning a Best Actress Tony for her performance in A Raisin in the Sun. She would be the first black woman to win the award. She still performs in the theater to this day, most recently performing in a production of Cat on a Hot Tin Roof, directed by her sister Debbie, as well as getting great reviews for her performance in Head of Passes in 2016.

While she might be best known for her work on The Cosby Show, Rashad has been steadily working in shows of all types and genres ever since. For example, Rashad voiced “Dee Dee Tubs” on The Cleveland Show. Most recently, she appeared on Empire for several episodes as “Diana DuBois.” She isn’t afraid of working on new platforms either, as she appeared in the pilot for the recently picked up, Jean-Claude Van Johnson from Amazon. While her movie roles haven’t been as plentiful, she has been getting roles in some pretty huge films in recent years like her role as “Mary Ann Creed” in Creed and a currently unnamed part in Marvel’s Black Panther film.

Rashad has been married three times. The first marriage was to dentist William Lancelot Bowels Jr. in 1972. But that marriage ended in 1975. In 1978, Rashad would go on to marry Victor Willis, the original singer for The Village People. Unfortunately, that marriage would end in 1982. Currently, the last Phylicia Rashad husband was Ahmad Rashad, a former professional football player turned sports commentator. They were married in December of 1985 but ended their marriage in 2001. Despite all of the divorces and the possible ups and downs of acting, Rashad’s net worth sits at an estimated $55.0 million dollars.

Phylicia Rashad’s children include William Lancelot Bowles III from her first marriage (born in 1973) and a daughter, Condola Phyleia Rashād from her third marriage (born in 1986). Condola has followed in her mother’s footsteps by becoming an actress herself with roles in Sex in the City 2, Master of None, and Come Sunday.

For those people who are looking for Phylicia Rashad’s Instagram or other social media outlets, they are very few and far between as there only appears to be an official Instagram account, but it is rarely updated.