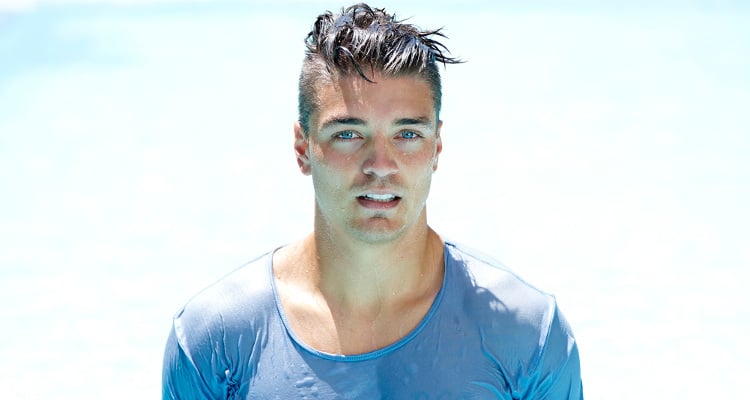 Dean Unglert may have lost Rachel Lindsay to Bryan Abasolo but he won the hearts of Bachelor Nation. Thank goodness it isn’t the last we’re seeing of him because Dean Unglert is heading to Bachelor in Paradise!

The Bachelorette season 13 gifted us the purest soul to ever come from the franchise, and that is Dean Unglert. He has more than redeemed himself from the “ready to go black and never go back” gaffe. While we’re campaigning for him to be the next Bachelor, he’s romancing up a storm in Mexico. Because we can’t get enough of him, we have compiled our very own Dean Unglert wiki and are sharing it with you!

He’s the Youngest Suitor on The Bachelorette

The 26-year-old was hoping to woo 32-year-old Rachel Lindsay on The Bachelorette. The odds were a little against him considering he was the youngest suitor last season. But at least he’s accomplished and career-driven, much like the Dallas attorney.

The Aspen, Colorado native graduated from the University of Colorado with a Bachelor of Science in business administration and management. He now lives in Los Angeles, where he works for StartupTAP. He’s a recruiter who helps tech startup companies with the hiring process. His net worth hasn’t been calculated, but he is probably doing better than his time as child living in a mobile home!

From the Hometown Dates of The Bachelorette, we saw that Dean has a strained relationship with his father. He is the youngest of four kids born to Harold and Debra. His eldest brother, Brad, is 34, Ross, is 31 years old, and his sister, Skye, is 28. In 2006, his mother passed away of breast cancer. It was a difficult period when the children were estranged from their father and moved out.

The grief-stricken Harold Unglert was emotionally distant to Dean, and later converted to Sikhism, changing his name to Paramroop Singh Khalsa. He’s engaged in serving people and is in the process of becoming a teacher. While Dean has nothing against his father’s new faith, he admitted that he barely spoke to his dad and Khalsa’s wife since he converted.

Also Read: Alexis Waters from “Bachelor in Paradise:” Wiki & Everything You Need to Know

Dean tried to talk about his feeling of abandonment with his father during the Hometown Date. But Khalsa didn’t think he did anything wrong and he brushed off Dean’s honest feelings like they were nothing. That was the very moment Bachelor Nation wanted to run up to Dean and hug him.

Dean is among the many Bachelorette contestants whose criminal pasts were unearthed by fans. As a minor, he was arrested for alcohol possession and using a fake ID. He was caught by a bouncer of a club he was trying to enter.

According to the police report, Dean asked the bouncer to return his ID and when he refused, Dean became abusive. He was reportedly drunk and hurled expletives until he was arrested. But his bad boy days are a thing of the past.

He had a facepalm-worthy introduction to Rachel Lindsay on ATFR, where he made a mildly racist joke. But his actual limo arrival made up for it. During his blimp ride one-on-one date with Rachel, he conquered his fear of heights and made us fall for him. He was the first contestant to point out that Lee Garrett is not a good guy, and he had a bromance with half the guys in the Bachelor mansion. Following his Hometown Date and elimination, Bachelor Nation was ready to riot if Dean wasn’t made the next Bachelor in 2018.

For now, we’re rejoicing because he’s back on our TV with Bachelor in Paradise. He’s already regretting his wet shirt Paradise photo and he’s knee deep in a love triangle. Let’s hope BiP doesn’t work out for Dean so he can be the next Bachelor.