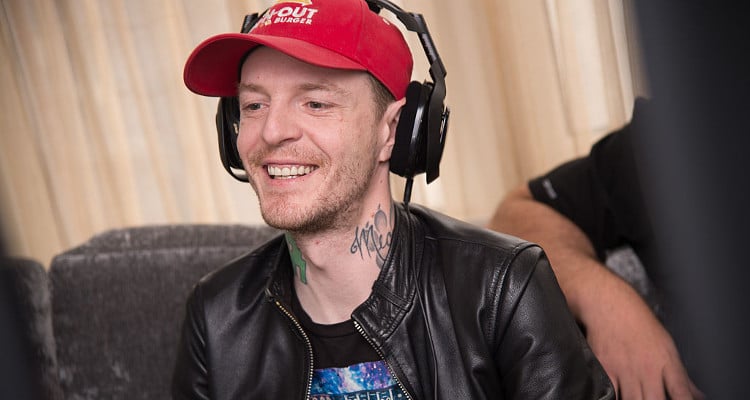 This year, many artists decided to go the cryptic route by dropping hints to fans about their upcoming albums, and when they can expect a release date. For the most part, the artists have kept their promises. Fans have been waiting for Deadmau5’s new songs and now, the wait is finally over!

If you’re looking for Deadmau5’s upcoming album for 2017, then you are in luck! The famous mouse-headed DJ just dropped his latest LP, titled stuff I used to do, on March 3 via We Transfer. Did we mention he generously did this free of charge? Apparently, he’s doing well enough that he’s just giving his work away for free! It’s uncommon for artists to give anything away, but in some cases, it’s less about the money and more about the music.

Deadmau5 teamed up with the file transfer service to deliver his fans the first 13 tracks of his newest album. It has 16 compilations of the producer’s past works, spanning from 1998 to 2007. Which means, fans get to hear all of the songs he produced before he became an international superstar! According to Billboard, the album has a variety of sounds and rhythms, with a diverse collection of electro-meets-hip-hop.

Also Read: Avril Lavigne’s New Album & Songs 2017: The Princess of Pop-Rock is Back!

Once again, Deadmau5 has taken it upon himself to enter the arena in another Twitter battle with an artist. The famous DJ-producer recently criticized Steve Aoki for his remix of the theme to Ghost In The Shell, starring Scarlett Johansson. Both Aoki and Deadmau5 have been long-time rivals, so it was no surprise to anyone that Deadmau5 slammed Aoki’s remix.

“Yeah well. I remixed Ghost In The Shell before it was cool,” he wrote on Twitter. He added: “But anyway… I’m not sure how you get from ‘gettin paid a million bucks’ *cough 15k* at amnesia to … well, whatever the f—k that was.”

This isn’t the first time Deadmau5 has started a feud with another artist. Before Aoki, the famous DJ engaged in a Twitter war with none other than The Life of Pablo singer, Kanye West. Everyone knows or should know that Kanye is the wrong person to come after, whether it’s his family, wife Kim, or his music. His brand of petty is on a level of its own and he’s not afraid to aim low!

Deadmau5 went from taunting to mocking Kanye, and even mentioned his $53.0 million debt. But anyone who knows Kanye, knows that he’s never one to miss an opportunity to put a person in their place. Kanye replied with a series of tweets, complete with hashtags and “serious questions” about who holds Deadmau5’s mouse-shaped head at airports. He continued to ask if could Minnie Mouse to do a kid’s party for his daughter, not Mickey (referring to Deadmau5), since North only likes Minnie. The feud ended with Deadmau5 getting a lot of attention on Twitter, and many believed he was acting like a child, compared to Kanye! That’s a first.

Love him or hate him, Deadmau5 has been a huge success and his stuff i used to do album is available to stream now on We Transfer.