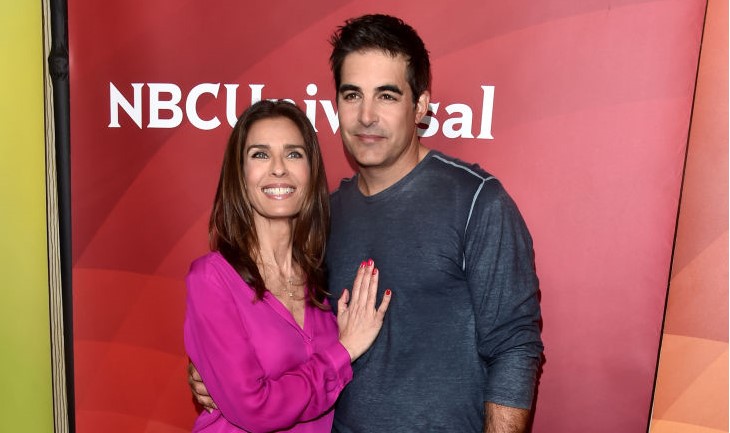 Ever since Ben barged into the double wedding and announced that Will may be alive, fans have been dying for the Days of Our Lives 10/10/17 episode to air to learn of the aftermath. But the crashed wedding isn’t the only thing that has fans eagerly awaiting the next episode of the show’s 53rd season! If you can’t wait to find out what happens on tonight’s episode, keep reading for Days of Our Lives spoilers 2017.

Before jumping into new Days of Our Lives spoilers, we’ll do a little Days of Our Lives recap to make sure we’re all caught up on the drama! Abagail and Chad officially become husband and wife at St. Luke’s, while Victor lectures Brady on his sobriety and his conscience. At the square, Chloe opens up about Eric to Nicole, telling her that Eric left Salem because he was in love with her. Even though she’s shocked at this revelation, she connects the dots and realizes it’s why Brady’s speech at the wedding was so strange.

At Salem PD, Sonny and Paul try to talk Marlena into convincing Lucas to authorize Will`s body to be exhumed—while Paul doesn’t believe a word of what Ben said, Sonny thinks there’s a slim chance that he’s telling the truth. When Ben arrives, he and Marlena head into an interrogation room where she asks about why he told everyone that Will is alive, which makes him become aggressive and feel like he’s under attack. Hope tries to get through to Ben, next up to interrogate him. She asks if a visitor at Bayview told him about Will, but he says he doesn’t remember any visitors. Then, Hope shoes him pictures of Clyde, his father, visiting him in Bayview.

Back at the DiMera Mansion, Chad and Abagail decide to delay their honeymoon to Australia so that they can be there to support Sonny. At the end of the episode, audiences see Eric arrive home when it’s raining, and he hears a knock on his door—it’s Nicole.

Now that we’re all caught up on what’s been happening in Salem, we can get into speculations and spoilers for Days of Our Lives this week. Everyone is trying to figure out why Ben would break out of Bayview to deliver the shocking news—what’s in it for him? Is he even telling the truth? Fans are also anxious to find out who exactly planted the idea that Will’s alive in Ben’s head.

This week, Nicole will test the waters with Eric and the pair will become intimate—Brady’s worst fear. The Christian Post reported that Arianne Zucker said, “[Nicole] feels completely guilty because she loves Brady, too! This is a person who has gotten really ticked off at her, but has never judged her and has always been there for her. She feels sick to her stomach, even though she loves both men.” It’ll be interesting to see how this plays out for the couple.

Another major spoiler is that Andre is back in town—this is bound to cause some serious drama. He caused major uproar the last time he was in Salem, and viewers are expecting nothing less this time around! While he’s showcased some personality changes, there’s no doubt his true colors will show eventually.

Tune into NBC every weekday for a new episode of Days of Our Lives.