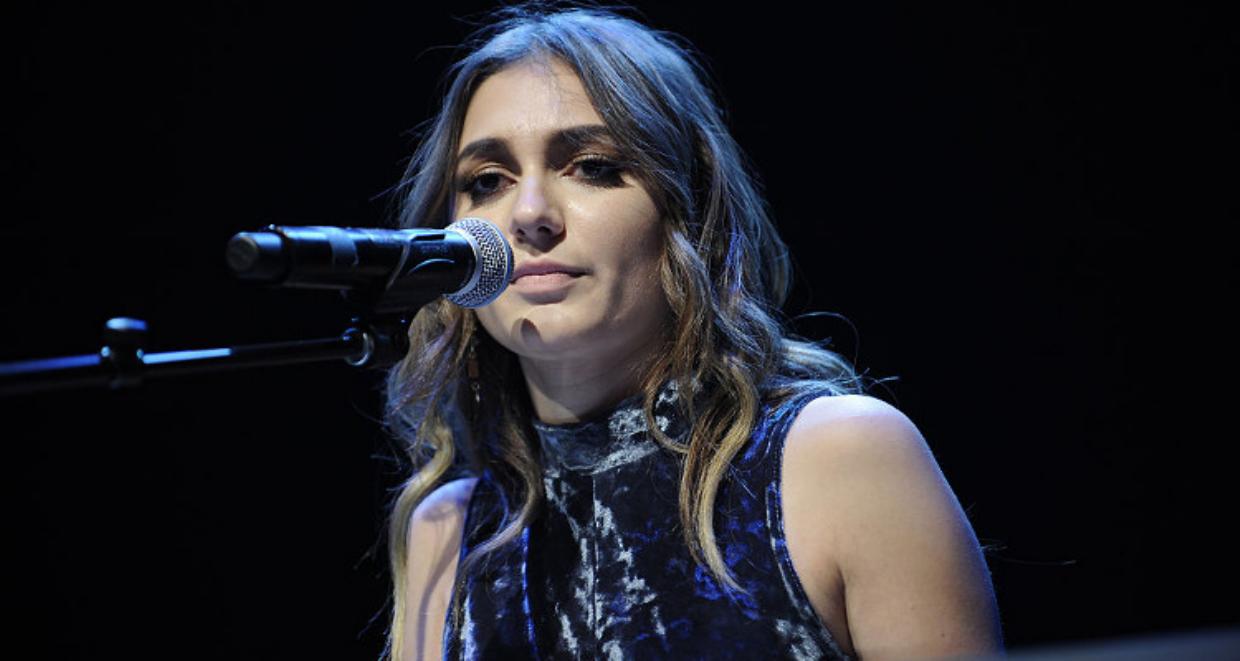 Just last week, Daya, or Grace Martine Tandon, spoke to Harper’s BAZAAR about her album Sit Still, Look Pretty and how she hopes to inspire confidence in teenage girls like herself. In the interview, she explains some of the huge changes in her life since stardom, her inspiration, and her experience being an average teen in the big world of music production and fame. Daya’s birthday is today, and to celebrate her talent and success, here is our Daya wiki.

Daya, the Hindu translation of her real name Grace, began to learn the piano at the young age of three. She worked her way into learning jazz piano at 11 while also learning how to play the guitar, ukulele, saxophone, and flute. At this age she began studying at the Accelerando Music Conservatory in Pittsburgh.

Daya’s family includes her mother Christine, father Hans, and four sisters: Avery, Rachel, Mariana, and Celia. If you’re searching for Daya’s boyfriend, there hasn’t been any information indicating she has one! Since she is 18 and passionate about her music career, a boyfriend might not be a top priority right now. Daya’s net worth is currently $750,000, and that number is sure to spike as she continues to develop her sound!

When she was only 17, Daya already released her first album. Her first single, “Hide Away” was released early 2015, and before long it became the anthem for teenaged girls waiting and hoping for the right guy to come along. But when she released her EDM pop track with The Chainsmokers, “Don’t Let Me Down,” she truly broke her way into stardom. By mid-July, it stole the number three spot on the Billboard Hot 100!

She released another hit single “Sit Still, Look Pretty” in April 2016. Sit Still, Look Pretty is her 19-track collection of pop hits and melodies that play over electronic sounds. BAZAAR compares Daya’s songs to a young indie Hasley with girl-power themes. She told the magazine, “. . . to think I was just normal high schooler two years ago—it’s hard to process for me because my life is so different now. But I’m so grateful for radio, for supporting me from the beginning and my fans, for sticking with me. This is just the beginning but it is going to be a fun ride.”

Daya also talked about the album’s theme of accepting oneself and not conforming to suit other people. “If I’m going to release anything into the world, I want it to have a positive message . . . ‘Sit Still, Look Pretty’ especially is just something that I have always grown up with. I grew up with four sisters and they are all super talented and intelligent, and my parents always encouraged us to pursue what we wanted to pursue and not let people put us in a certain mold based on our gender,” she explained.

Daya hopes her music will change, inspire and empower people. She hopes girls are able to defy limits and achieve their dreams. “They’re told that they aren’t good enough or that they are not smart or they are told that they should be limited to doing a certain thing in their life, but I think we should all have the opportunity to be our true selves and go after our ambitions and dreams,” she stated.

It looks like Daya is well on her way to becoming a great role model for young women all over the world! Go get ’em, girl!