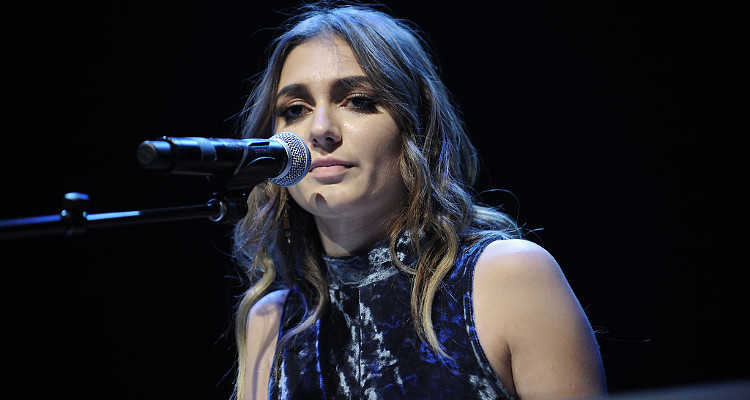 Daya and The Chainsmokers are now Grammy Award-winning artists. The 18-year-old pop songstress is also setting off on her first concert tour soon, and she’s gushing about it on Instagram.

After a string of Billboard Hot 100 songs under her belt, Daya is going to perform live in cities across the U.S. on her Sit Still, Look Pretty Tour. The 18-year-old collaborated with The Chainsmokers on one of 2016’s pop anthem songs, “Don’t Let Me Down.” The EDM DJ duo was already riding on the success of “Closer” featuring Halsey before their collaboration with Daya became an international hit. Drew Taggart and Alex Pall, together with Daya, won their first Grammy Award for Best Dance Recording. This week, Daya headlines her first concert tour, and she’s shared the names of some much-anticipated guest performers on her Instagram. Here’s everything you need to know about Day’s upcoming tour.

The first-time Grammy Award winner may have sung “Sit Still, Look Pretty” but the excitement for her tour is just the opposite. She has been looking forward to starting her first tour since releasing her double-Platinum hit, “Hide Away.” Daya will now embark on the Sit Still, Look Pretty Concert Tour on February 18 in her home state of Pennsylvania.

Daya’s first tour will travel to 25 cities across the country starting from Philadelphia, Pennsylvania’s Trocadero Theatre on Saturday, before coming a full circle at Pittsburgh’s Stage AE on March 30.

Only hours after her first Grammy win, Daya posted a picture on her Instagram giving more details on her SSLP tour. Special guests Frankie and Jess Kent will be joining the Grammy-winner on stage. Frankie is a 24-year-old singer-songwriter who’s debut EP, Dreamstate was noticed by Taylor Swift. Jess Kent is another rising pop singer from Australia who got music lovers addicted to her single, “Get Down.” Frankie will join Daya on concerts from February 18 to March 3 while Kent will join her on stage from March 3 to March 26.

The Chainsmokers recently announced that they’re recording their debut album and setting out on a North American tour. We can only hope the duo and Daya perform together! If you want to see Daya perform live, you can purchase tickets to the SSLP tour on her official web site.