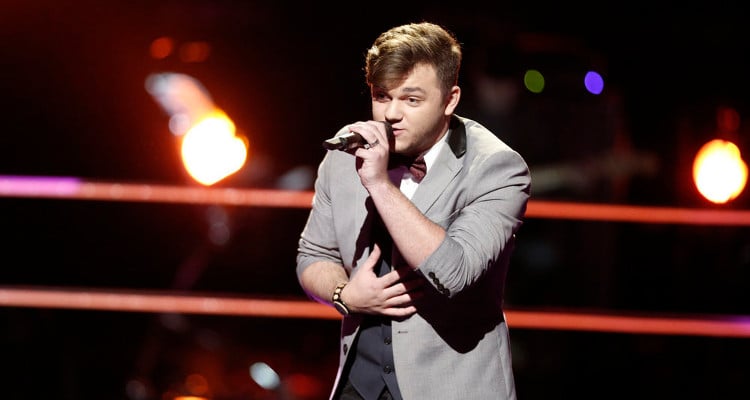 Dawson Coyle was not chosen by coach Blake Shelton after his Battle Round performance, but Lady Luck was on his side! Coyle was stolen by Alicia Keys, giving him a second shot at winning the competition. The young singer performs with passion and has to work even harder to get through the Knockout Rounds!

You can’t keep a talented man down! From what we saw in the Dawson Coyle and Aliyah Moulden Battle Rounds on The Voice, this could not be more true. Both contestants did a sparkling, jaunty version of the Katrina & the Waves classic, “Walking on Sunshine.” They both danced and performed with energy and coach Blake Shelton was hard pressed to decide who to select as the winner. Shelton chose Moulden, but it was not the end of the road for Coyle, who was stolen by coach Alicia Keys! This means he gets to stay on The Voice 2017, at least until the Knockout Rounds! For Dawson Coyle, The Voice is not over, as he gets a rare second chance. People want to know more about him, so here is Dawson Coyle’s wiki.

Giving Himself to His Music

My cover of "I Look Up" by @wearemessengersmusic one of my favorite songs!

Dawson Coyle’s age is just 17 and he already sings like a veteran. For his Blind Audition, Coyle sang “Happiness,” a song originally recorded by the Christian rock band called NeedToBreathe. His rendition of the song impressed coach Shelton enough for him to turn around. Alicia Keys complimented Coyle on his voice and Shelton revealed that he turned around because Coyle was so honest and put so much of himself into his singing. After his Battle Round performance, Adam Levine noticed that Coyle looks like a “young Russell Crowe” and the young girls in the audience seemed to agree.

Also Read: Sheena Brook vs. Hanna Eyre on “The Voice” 2017: Showdown of the Country Singers

Singing is His Passion and Therapy

Coyle is a singer and songwriter from South Jersey, and has loved music since he was a child. He grew up taking singing lessons at a local church and was initially attracted to the guitar, but realized that he was not very good at playing it. Coyle revealed that his family’s home recently burned down and he and his family were living with his grandparents. He plans to hit the road to sing soon, and his family plans on tagging along to support him. Coyle says that singing calms his Tourette syndrome, which manifests as tics, and has given him the confidence to perform professionally for the last two years. Coyle’s net worth is not known as is just 17 years old and has not yet become a big star. However, The Voice could change all that!

Playing to His Strengths

Please join me in lifting up the victims and the families who have suffered loss and devastation due to Hurricane Matthew. So many lives have been lost in Haiti. I was so blessed to be able to spend time serving these beautiful people. My heart is with you all.

Now that Dawson Coyle is back in the running to win the competition thanks to the steal coach Alicia Keys used, he is going to give it all he has. The fact that he puts all his passion into his singing is not only what impressed the coaches, but also what can take him far in the show. Coyle is totally dedicated to music and this is evident from the photos on his Instagram account. Coyle’s Instagram account is full of photos of The Voice season 12 coaches, Coyle with friends, singing, and making music.

Also Read: Brandon Royal vs. Davina Leone on “The Voice” 2017

Everybody is Rooting for Him

Now, Coyle has to prepare for the Knockout Round, where he will select a song to perform and go up against another member of Team Alicia. Neither will know who they are signing against until the last minute. At the end of both performances, only one contestant will move on. Dawson Coyle is already working hard to make sure that he clears the Knockouts. His talent, amiable nature, and humility has everybody rooting for him.