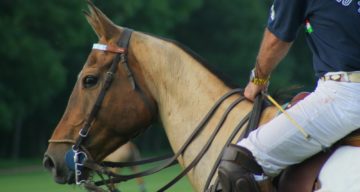 David Tafuri recently featured on Tucker Carlson Tonight, and has impressed Fox News viewers with his insight on international law. Tafuri previously worked for the U.S. government in Iraq for more than a year helping to rebuild the war-torn country’s legal system. As one of the leading experts on U.S. foreign policies in the Middle East and other regions, it’s no surprise that networks and publications seek his commentary on the U.S.’s overseas strategies. This David Tafuri wiki reveals more on his accomplished career.

David Michael Tafuri was born on February 8, 1970. His parents, Mike Tafuri and Diane Hattem Tafuri, raised him in Cincinnati.

Mike and Diane run an Irish pub, the Dingle House, in Cincinnati. New York native Diane is also a realtor with three decades of experience.

After earning his bachelor’s degree in political science from Emory University in 1992, David Tafuri pursued his law degree at Georgetown University Law Center. Along with the JD he earned in 1996, he was active in the Student Government Association, the National Trial Mock Team, and The Tax Lawyer journal.

He returned to the U.S. and settled in Washington, D.C. He was a partner in the D.C.-based law firm Squire Patton Boggs from 2008 to 2015. He was later a partner at Dentons until February 2021.

Tafuri’s previous job also made him a credible commentator on foreign policies. He’s often featured on Fox News, BBC, CNN, and other broadcasts.

As of February 2021, Tafuri has been a partner at the international law firm Arent Fox. He’s also had regular appearances on news panels.

The attorney has been in a relationship with Anastasia Vakula since 2017. Vakula is a Ukrainian model signed with CGM Models.

Tafuri and Vakula got engaged in September 2020. They would later have a viral moment this year after President Biden’s inauguration.

They were photographed together at a site in downtown Washington where protests had previously broken out after the November 3, 2020 election results. Vakula and Tafuri were ecstatic about Joe Biden and Kamala Harris’ victory and were celebrating at the Black Lives Matter Plaza.