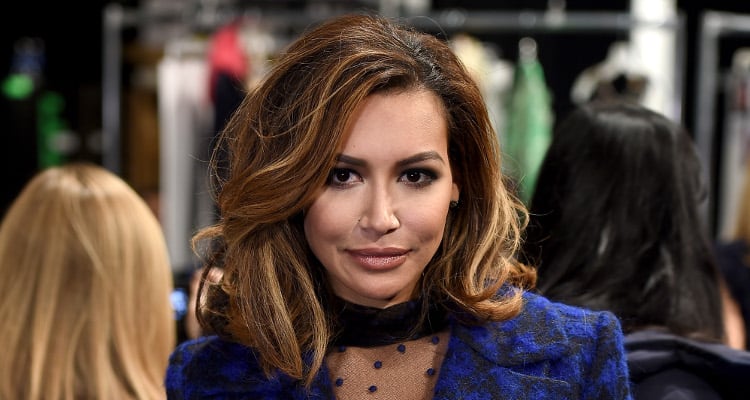 David Spade is reportedly the boyfriend of Naya Rivera, as the two were spotted having dinner and hanging out poolside earlier this year. After what sources say was a kiss in Hawaii, a full blown romance is allegedly afoot! Both Spade and Rivera are not talking to the press, though Rivera might have mischievously let the cat out of the bag!

He is funny, and she is gorgeous. David Spade and his rumored girlfriend, Naya Rivera have reportedly “hung out” several times since they first met on the set of the 2017 film, Mad Families. Rivera had a role in the film, which was co-written by Spade, and the couple have allegedly had chemistry from the get go! People are curious about the comedian’s personal life and want to know who David Spade’s girlfriend is. Who is David Spade dating? The shutterbugs have seen David Spade and Naya Rivera together several times, even getting cozy in Hawaii earlier this year. Is she really David Spade’s girlfriend?

Keeping a Lid on Things

L❤️ve getting glammed up for a good cause. Last nights “raising the bar” event was awesome

According to sources, “David really likes Naya,” but the couple are “still trying to keep things private.” Their rumored romance came into the public eye when they were spotted showing some poolside PDA, while in Hawaii in March 2017. Initially, they kept quiet about their alleged relationship, but Rivera joked about it on Snapchat saying, “Holy sh** guys. The easter bunny and the f***ing tooth fairy are for sure dating. I just saw them.” Though her remarks were snide, they were vague enough to keep fans wondering if she and Spade are together. Rivera is the latest in a list of women linked to the comedian, either as a rumor or as a confirmed girlfriend, including Charlotte McKinley, Pam Anderson, Heather Locklear, and Carmen Electra. Not to mention Playboy Playmate Jillian Grace, with whom Spade has a daughter.

Naya Rivera’s age is 30. she was born on January 12, 1987 in Valencia, Santa Clarita, California to Yolanda, a model, and George Rivera. Naya Rivera’s unique ethnicity includes Puerto Rican, African-American, and German ancestry. While some people believe the rumors linking Rivera to Spade, others are incredulous about them. Without confirmation from the two, there is no way to know what to believe! Though Rivera has a passion for music and acting, she has often stated that if she could not do either, she would be a writer.

She’s Got the Look

Fans are eager to know about David Spade’s wife and kids, but the star is not married. He does have a daughter, Harper (with Jillian Grace), who was born on August 26, 2008. These days, Spade has been spotted with Rivera, going to dinner in Los Angeles. People who want a glimpse of the Glee star should check out Naya Rivera’s Instagram pics. Her Instagram account shows the actress hanging out by the pool, as well pics of her son, Josey Hollis Dorsey, and tons of selfies.