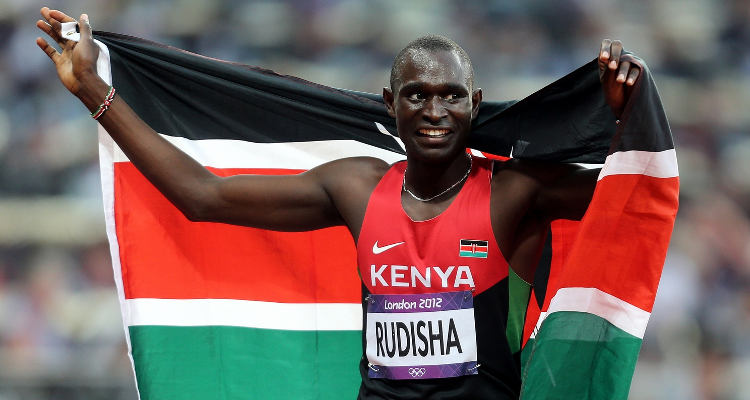 David Rudisha, undoubtedly is the fastest man when it comes to 800m race. During the London Olympics, he set the world record of 1:40.91, which nobody could break until today. If you want to learn about his personal life and your mind is filled with questions surrounding David Rudisha’s wife, David Rudisha’s wiki, and David Rudisha’s coach, then you have come to the right place because we will provide you with all the details you should know about David Rudisha.

Last night David Rudisha ran in the Rio Olympics and competed against fellow contestants from Kenya, Alfred Kipketer and Ferguson Cheruiyot Rotich. Let us find out where he gets his super speed skills from.

He was born as David Lekuta Rudisha on December 17, 1988 in Kilgoris, Narok county, Kenya. Rudisha went to Kimuron Secondary School in Iten, which is famous in its own way. Wilson Kipketer, ex-world record holder of 800m also went to this school. Initially, David was only used to running the 400m race, however, later on his coach Colm O’ Connell persuaded him to try the 800m race, too. He is a Kenyan middle-distance runner, and is also the 2012 and 2016 world champion, Olympic champion, and world record holder for the 800m. If you are wondering, “how tall is David Rudisha” or “how old is David Rudisha?” Then you should know that he is 6 ft 1 inch tall and he is 27-years-old.

Me and my Dad

David is a part of the Maasai ethnic group in Kenya, and he has definitely inherited his running skills from his parents. His father, Daniel Rudisha was a former runner and even won a silver medal during the 1968 Olympics. He was a part of the 4×400 m relay team. His mother, Naomi Rudisha is also a former 400m hurdler. The athleticism must have been passed down!

With my kid wishing daddy bye to Rio2016

David was married to his wife, Lizzy Naanyu in the year 2010. The couple has two daughters and their first daughter Charlene’s images can be seen on Instagram, while their second daughter was born in 2015, so there are fewer images of her.

In the year 2014, David was surrounded with rumors claiming that he was cheating on his wife with Samantha Tangui. Samantha, apparently, is the niece of his pacesetter, Sammy Tangui. According to the sources, the affair was going on for three years, but David’s wife Lizzy told the press that the rumors were not true. Additionally, it was claimed that David’s injuries in the year 2014 were due to the fights with his wife. However, David denied these rumors.

He said, “My injuries are genuine from the sport and hard training, I even underwent a keyhole surgery after an ultra-sound scan which revealed that I had an injury deep in the middle of my knee, not that I was hurt in a domestic altercation.”

To be with Coach Brother Colm has been a blessing to me. @lagat1500

David’s former trainer Colm O’Connell is a 67-year-old man born in rural Ireland and had no prior experience in coaching before he started guiding runners in Kenya. According to sources, Colm has trained over 25 runners, including David. During one of his interviews, he said, “To be an athletics coach would not seem to be a conventional missionary role.” “I saw athletics as a way of connecting with young people. And once you make that connection through sport you can have an impact on their lives because they open up to you. They have a trust in you. They see you as a friend.”

O’Connell told the Financial Times that Rudisha is his greatest athlete. “Any coach would love to have a David Rudisha in their lives, most never do,” he said.