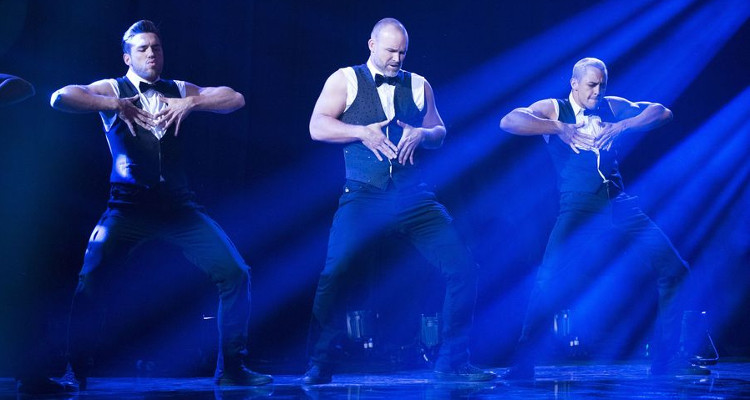 David Ross is a former Major League Baseball (MLB) catcher. These days, Ross is in the news for an entirely different sport. He is a contestant on Dancing with the Stars season 24 and is partnered with Lindsay Arnold. Together, David Ross and Lindsay Arnold are among the most-liked pairs this season. Though the two had a rocky start, it seems like things are looking up for their chances, ever since David Ross’ Dancing with the Stars performance last week!

Letting out His Inner Magic Mike

Ross has won over many fans so far this season, but his third performance on DWTS takes the cake! He performed his own Magic Mike routine to “Candy Shop” by 50 Cent. David Ross’ Magic Mike act was an instant favorite among audience members and one of his best so far this season. The audience got to see a “shirtless” and pantless Ross, who was clearly the highlight of the show!

The Boys are Having Fun

Forgot to post on the gram! March 1! Come out and have some fun

David Ross’ DWTS stint has been very enjoyable so far, with his latest routine getting him a total score of 31. Tonight (April 10), Ross and Arnold will take on the theme of their most memorable year. Ross and his former team, the Chicago Cubs, had a little bit of fun on Twitter last week. It started with Ross tweeting the Cubs with a question about what they think his most memorable year was. When the team’s official Twitter account replied with a gif of Ross being carried by the team after their World Series win, the former catcher asked them to guess his song choice. After another flawless gif, Ross hinted that he and Lindsay Arnold’s routine this week will be a Viennese Waltz to “Forever Young.”

Holding Down the Fort

David Ross has been nicknamed “Grandpa Sexy,” and has surprised everyone with his DWTS performances. The former athlete has proved that he can do a lot more outside of the baseball field! The person who makes all this possible is David Ross’ wife, Hyla Ross, to whom he has been married for 18 years. While Ross is setting the dance floor on fire, it is his wife who takes care of their three children at home.

Don’t forget to watch Dancing with the Stars on Mondays at 8:00 p.m. EST on ABC!